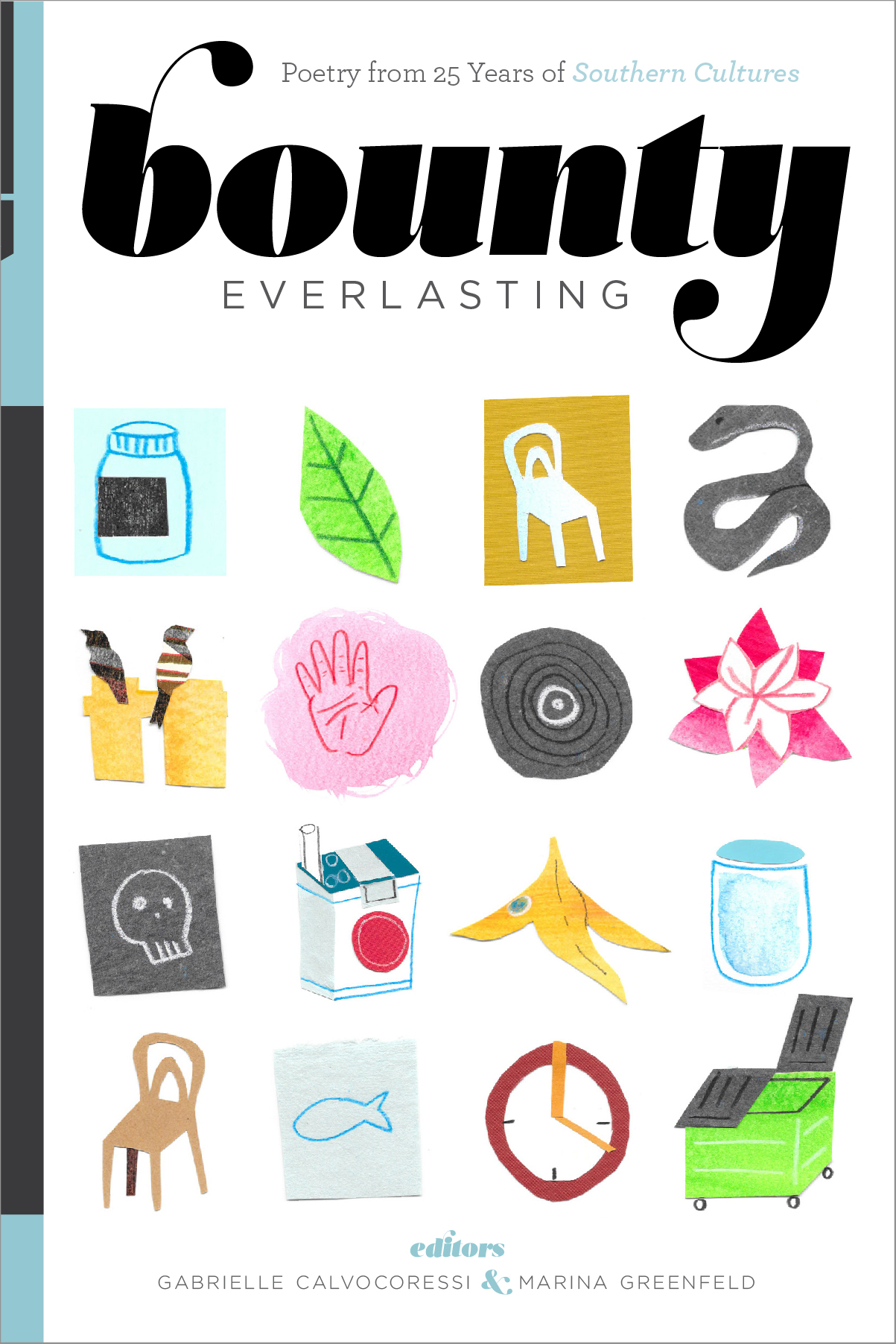 In celebration of our 25th anniversary, we’re bringing you a new collection of poems. Bounty Everlasting features the work of sixteen poets whose work was featured in our pages during our first 25 years. Edited by Gabrielle Calvocoressi and Marina Greenfeld, featured poets include former Poet Laureate Natasha Tretheway, Tiana Clark, Tom Andrews, and more.

NOTE: Line breaks may shift on a mobile device.

"In a world where Faith Hill is considered country, it's nice to have Alan Jackson around to remind us of just why we began listening to country in the first place."

“Bright breath of the lamp that lamps our night. Our dirt.”

“My Aunt Smokes Another Lucky”

". . . and everybody laughs, especially my aunt, smoke haunting her head like ghosts of family."

Is for, to Hold

"The road had disappeared, the field, / the sundial was about to go under, meaning shadows / would have been unable to stay on schedule."

Elegy for the Native Guards

". . . 2nd Regiment, Union men, black phalanx. What is monument to their legacy?"

"Outside, light swarms / and particularizes the snow . . ."

"if I could get away / with it without laughing."

“let your freedom build slow like the death of a star across the years . . .”

The Rime of Nina Simone

Tiana Clark will read at Poetry on the Porch on April 18 at 5:30 PM. For more details, see below.