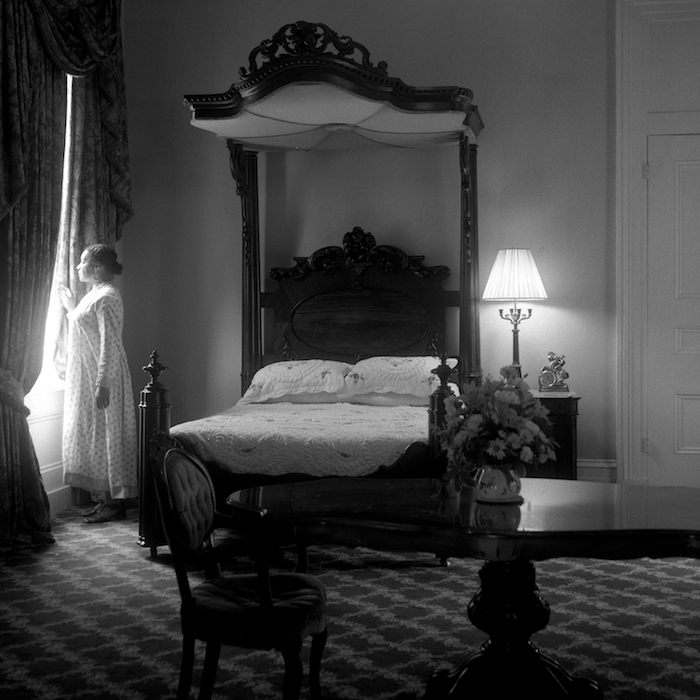 Giving fresh attention to Carrie Mae Weems's photography, this photo essay focuses on the artist's critical engagement with architecture through a series of black and white images in the "Louisiana Project." We argue that by contrasting the built environment of Greek Revival houses with industrial and impoverished neighborhood spaces in and around New Orleans, Weems leverages a subtle and searing critique of entrenched systems of racism and racial oppression. The photographs, centered on a mysterious witness figure dressed in period clothing and portrayed by Weems herself, point out long-lasting effects of racial hierarchy expressed in architectural and preservationist practices. Weems's critical subjectivity evokes the colonized body trapped in a mythos that created and still, in the twenty-first century, sustains systemic racism in economic and social modalities, particularly in the southeastern United States. Our article interprets Weems's photography, here, as an indictment of and a protest against continuing patterns of racism.