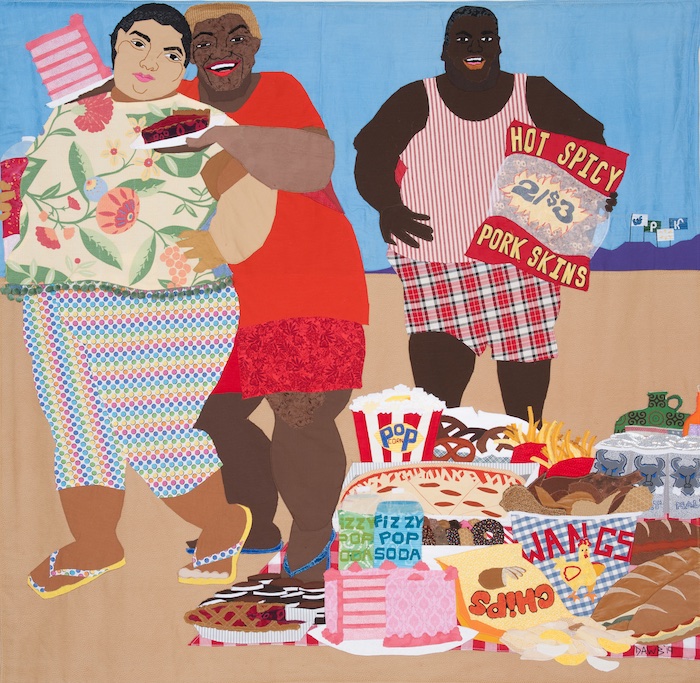 A few years ago, my mother suggested we go see an exhibition of cloth paintings at the Rosalind Sallenger Richardson Center for the Arts at Wofford College, the small liberal arts college in Spartanburg, South Carolina, where my late father had worked from the early 1980s to 2007. The exhibition was entitled Scraps from My Mother’s Floor and featured the work of Atlanta-based artist Dawn Williams Boyd (b. 1952). The collection stunned me both for the powerful commentary that each piece made on Black Americans’ lives, past and present, and the myriad ways in which Boyd made each cloth painting come to life through an intricate combination of fabrics, textures, shapes, material enhancements, sewing, and color schemes. These were works that commanded and demanded attention, much like the current issues and historical moments to which they speak—from police brutality to, in her newer works, air pollution, the Tulsa Massacre, and the Trump Era.