An Interview with Charles Thompson

Charles D. Thompson, Jr. was born in southwestern Virginia into an extended family of small farmers. As he came of age he witnessed the demise of every farm in his family. Over the course of his own life of farming, rural education, organizing, and activism, the stories of his home place have been his constant inspiration, helping him identify with others’ losses and to fight against injustice. In Going Over Home, Thompson shares revelations and reflections, from cattle auctions with his grandfather to community gardens in the coal camps of eastern Kentucky, racial disparities of white and Black landownership in the South to recent work with migrant farm workers from Latin America. Jill Kiedaisch recently spoke with Thompson about his new book.

Jill Kiedaisch: What kinds of changes do you feel are necessary to create better outcomes in the food system, not only for consumers, but for producers? It’s advantageous for some segments of society to continue to promote this belief that consumer behavior is the most important driver of change . . . as if the virtuous consumption by way of whole foods and farmers markets will change the food system. It’s not unlike the conversation around climate change, i.e. putting the onus on individual behaviors rather than legal frameworks or deep structural change. Could you speak to that?

Charles Thompson: My book is about my work toward structural change in agriculture. We founded this country, I say we collectively, to be governed by “We the People.” That looked good on paper, but, of course, we know that Jefferson didn’t really mean everybody. What we’ve had since 1776 is a grand experiment in making a representative democracy work. In this presidential election, particularly the Democratic debates, we’re hearing a lot about “economic democracy.” In the 1930s, that discussion was prominent because we’d just experienced a major Depression. Roosevelt saw this as an opportunity to democratize the economy. The Department of Agriculture came about during that time, as did new efforts to give people access to land—including African American, Native American, and Latino sharecroppers who had never had access to owning part of this country.

So what does “We the People” mean? When Jefferson wrote it, it meant white landowning people. I know African Americans whose parents were given loans to buy land in the ’30s as part of the Rural Resettlement Program. It was a very progressive idea. This would help the disenfranchised have a place! Indeed, those people who did get loans and held onto land became some of the stalwarts of the Civil Rights Movement. Economic agricultural democratization lead to later fights for other types of justice because land-owning black people were able to offer a place to meet. That was so important, just having a place to talk and plan that wasn’t owned by whites.

The ’30s also saw what we know now as the Agricultural Adjustment Act, which gave subsidies to the largest farmers. Enter agribusiness. So, which is it going to be? Are we going to help farms grow into huge conglomerates, or are we going to foster small landowners gaining access? We were trying to do both at the same time. By the ’60s, after WWII when technology skyrocketed, we had huge farms run by machinery and agrochemicals. That’s when Rachel Carson started to say, “Now, wait a minute!” A decade later, Earl Butz, Secretary of Ag for Nixon, was saying, “Get big or get out.”

That sparked a movement that resulted in Farm Aid and a huge class action lawsuit on behalf of black farmers in the 1980s. I was the guy who took the hotline call from Tim Pigford who said he was having racism and loan problems. Tim goes on to be the main plaintiff against the Department of Ag, but even after winning the supreme court case, tens of thousands of black farmers who’d lost their land weren’t able to collect on their loans because of systematic racism. It wasn’t until President Obama took office that some of those families received the money that had been awarded to them. My hope with this book and my teaching is to complicate the story of sustainable agriculture, that it cannot be just based on individual entrepreneurship.

My hope with this book and my teaching is to complicate the story of sustainable agriculture, that it cannot be just based on individual entrepreneurship.

During this crisis, Jim Hightower joked that it was still possible to make a small fortune in agriculture; you start with a large fortune. If you leave it to the people who can afford to buy land, you just get trust fund kids going into agriculture. We have to ask, “What is the price of land?” “How do we make this widely accessible?” “Why are farmer’s markets mostly for the well-to-do?” I’m not just a theorist. I’ve tried to help organize ways for people to have access to food. Consumers are on the right side of wanting to buy directly from the farmer, but it’s more complicated than that. 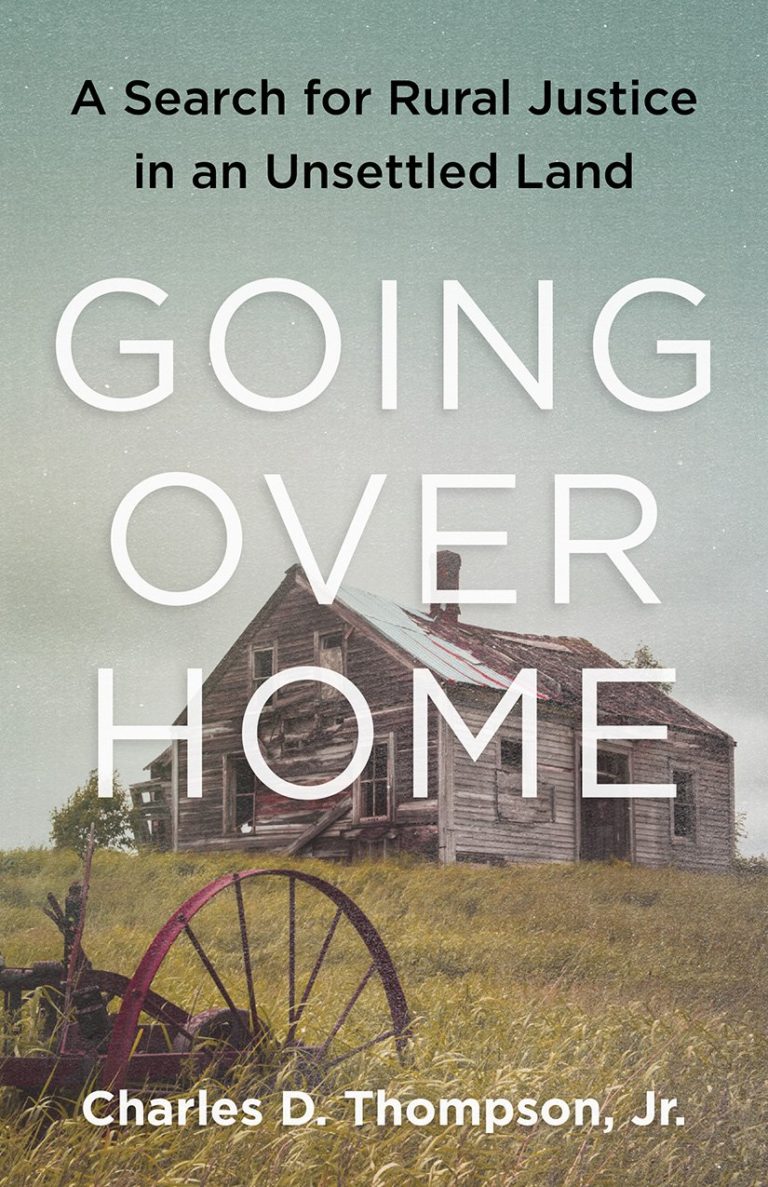 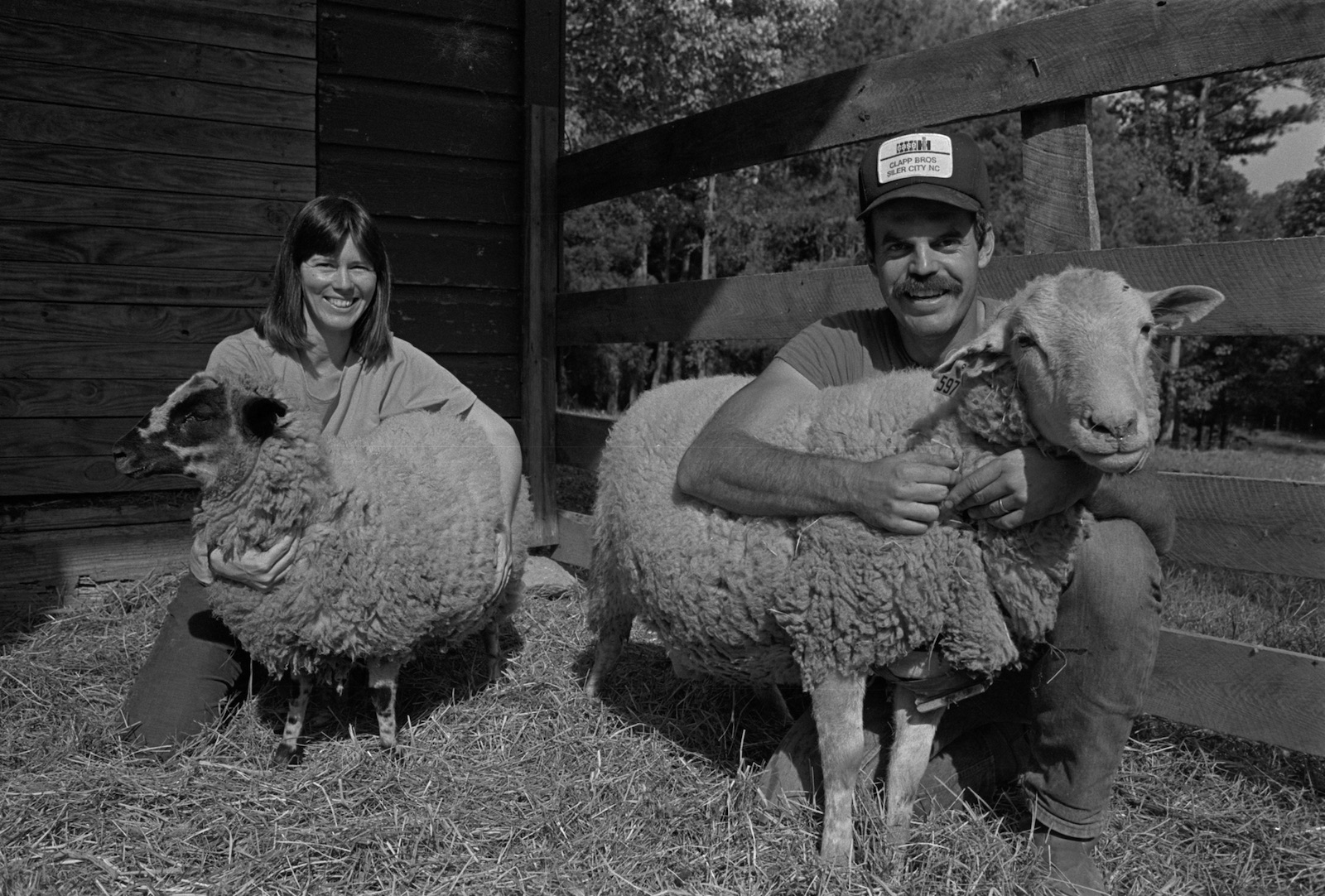 JK: This background provides such a helpful context for our current crisis. It’s easy to say, “This is ridiculous! Why is this so unbearable and so unbalanced?” We get frustrated and demand change. But if we don’t understand the historical and political drivers that brought us here, we can’t come up with a workable solution.

CT: One of the strange things about our culture of agriculture is that we have all the right language for supporting a system of small family farms—cultivators of the earth, the backbone of democracy, God’s chosen—those are all phrases from Jefferson. He knew that there was some association, but he just didn’t get there to practice it. This contradiction of saying we believe in one thing but practice another is the heart of our problem. We haven’t dealt with the original sin of American slavery. We haven’t dealt with the displacement of indigenous peoples. So the exploitation continues. We elect a president that talks about people from across the border being rapists and murderers when we’re using them to harvest our food. We’re living a lie. While we have some bright points, we also have a lot of work to do.

Thoreau said, “If the injustice is part of the necessary friction of the machine of government, let it go, let it go . . . but! [Thompson’s emphasis] if it . . . requires you to be the agent of injustice to another, then I say, break the law. Let your life be a counter-friction to stop the machine.”

JK: These issues are personal for you. They resonate within your own experience. It’s one of the main reasons your analysis and insights are so valuable. You’re not pontificating from a position of white privilege. You know what you’re talking about. And thankfully, you are well situated and skilled to communicate about what you see with those of us who need the education.

There have been a lot of times when I’ve known what I have to do is just shut up and listen. That is a big part of it. We the People of Privilege have to be quiet. We have to know when it’s our time to listen. That’s what filmmaking and book writing in a context should be about. How do we get out of the way and, not give people voice—they already have voices—but help people have an audience. How do we, as activists, stand in solidarity with people who’ve been suppressed without speaking for them? That’s the big challenge.

I’m an optimist. That’s why I’m a teacher. I believe that the next generation can improve on what we have now. I believe that change is possible, and I believe that we can learn. In many ways, this book is about my learning experience. Raj Patel said it’s about the educator’s education, which made me really happy. And part of my education is knowing when to speak and when not to.

Charles D. Thompson Jr. is Professor of the Practice of Cultural Anthropology and Documentary Studies at Duke University. His numerous books and documentaries have helped bring underrepresented rural issues in the US and Latin America to the fore. When Chelsea Green sat down with him to discuss his latest book, Going Over Home: A Search for Rural Justice, a few interview questions turned into a history lesson about the economic and sociopolitical drivers of agricultural insecurity and rural injustice stretching back to the days of Thoreau. Charlie’s book unpacks our country’s agricultural myths, exposing a deep history of racism and wealth inequality still felt in rural communities today.