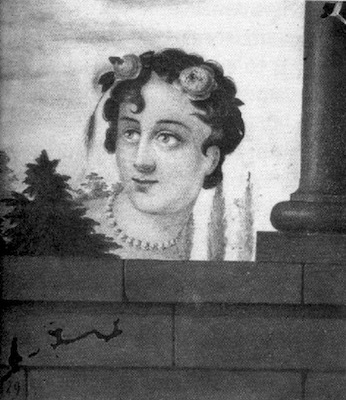 Caroline Lee Hentz. Reprinted with permission from the Southern Historical Collection, Library of the University of North Carolina at Chapel Hill.

"With virtually each passing year, the South's representation in the humanities becomes more elusive."

With virtually each passing year, the South’s representation in the humanities becomes more elusive. To be sure, programs in “southern studies” abound, and some scholars continue to specialize in southern history or literature. But the South that figures in their pages looks more and more like a regional variant of the rest of the country. Indeed, “regionalism” is increasingly replacing everything else as the principal justification for southern studies. No doubt the centrality of race relations, the special patterns of labor relations, and the persistence of rural character endow southern history with distinct features. But more often than not, these features are seen as no different from the peculiarities of any other group in an ever-more-ethnically varied United States. The tendency to view the South as one region among many thus corresponds nicely to a growing interest in “difference” in general. Nothing could be further from my mind than to quarrel with the intrinsic interest of various folk cultures and folkways, not least because they assuredly do enrich our national culture. But the South cannot be understood only as one region among many.

Surveying the South: A Conversation with John Shelton Reed