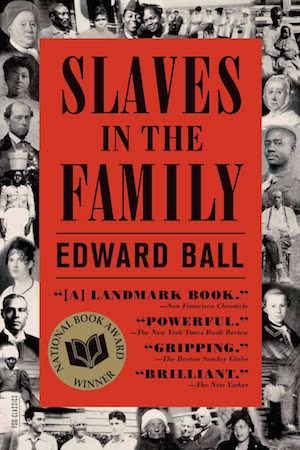 Slaves in the Family by Edward Ball (Farrar, Straus, and Giroux, 1998)

From the 1940s until the present—and particularly in the past two decades—autobiography and memoir have been, without doubt, among the most popular forms of southern literary expression. Men and women, black and white, privileged and poor, straight and gay, southerners of all descriptions have taken to the typewriter and computer and tried to make sense of lives—their own—which are both sui generis and, at the same time, representative of other lives in particular times and places. Memoir, by its nature, is self-indulgent, even narcissistic, but it is also valuable as social and cultural history. At its best—given a carefully constructed persona, a narrative sense, an awareness of irony and ambiguity—it is also among the most satisfying forms of literature.