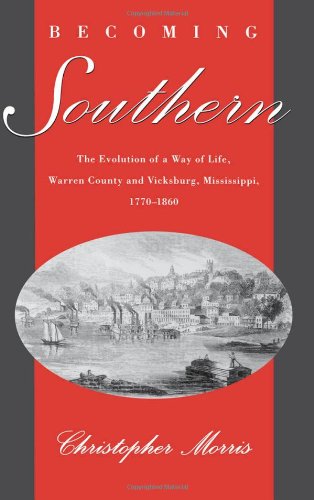 Becoming Southern: The Evolution of a Way of Life

To take a frontier place and show how it became something that it was not originally, something “southern,” is what Christopher Morris’s Becoming Southern purports to do. The place is Warren County, Mississippi, one of the most “southern” places in the nation on the eve of the Civil War. It was home to Jefferson Davis, slave masters, yeoman farmers, riverboat gamblers, thousands of slaves, and the fortress Vicksburg—the formidable Gibraltar of the old Southwest that with its fall made General Ulysses S. Grant’s reputation and doomed the Confederacy.