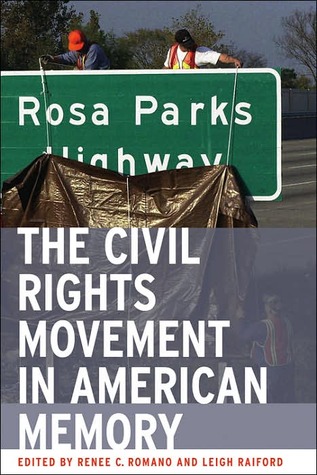 Roger Rosenblatt, a journalist and media commentator, remarked some years ago that “even when . . . we don’t understand, when people do things in vast numbers, it is interesting. And they are trying to tell us something, or they’re trying to tell themselves something.” Rosenblatt’s statement could have described the tendency in U.S. popular culture to raise anew narratives of the modern Civil Rights Movement. For roughly two decades civil rights memory projects have decorated the cultural and physical landscape. Certain feature films—however contested their content—like Mississippi Burning (1988), The Long Walk Home (1991), and Ghosts of Mississippi (1996), as well as countless documentaries, including Eyes on the Prize (1987, 1990), are but one indication of the tendency. The establishment of memorials and museums to mark the Civil Rights Movement represent an even more significant barometer, given the financial investment required to create such sites. Occupying formerly segregationist strongholds are the Civil Rights Memorial (Montgomery), the National Civil Rights Museum (Memphis), the Civil Rights Institute (Birmingham), the National Voting Rights Museum (Selma), and the Rosa Parks Library and Museum (Montgomery). All of these have appeared on the landscape only since 1989. A national memorial honoring Martin Luther King Jr. is scheduled for dedication in Washington, D.C., in 2008. There is talk of a major history site at the old Woolworth’s store in Greensboro (site of the 1960 sit-ins) and another at the bus station in Montgomery (where Freedom Riders were beaten in 1961).