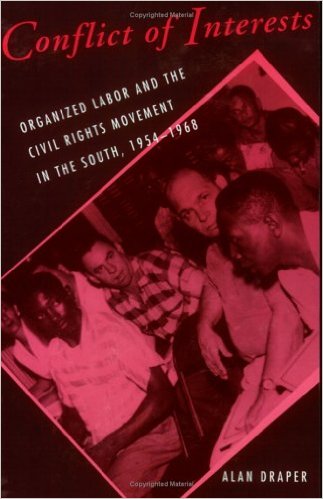 This modest little book makes a big contribution to our understanding of the complex relationship between the civil rights and labor movements during the 1950s and 1960s. In particular it challenges the contention, voiced by some practitioners of the “new labor history,” that the American Federation of Labor and Congress of Industrial Organizations (AFL-CIO) and its southern state affiliates gave only the most lukewarm support to the civil rights struggle, deferring far too often to white demands to take a “hands-off” approach rather than bolster the efforts of black labor activists to create a strong labor movement built around black-led locals. In fact, the AFL-CIO leadership, recognizing the chance to use the movement to begin a class-based realignment of southern politics of the type already achieved elsewhere and in particular to create a new, labor responsive, biracial Democratic Party, gave it its undivided support.