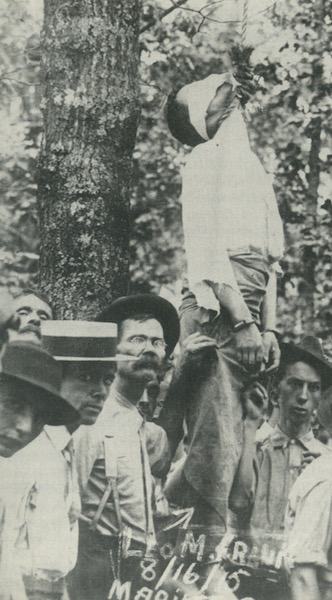 "In the 1913 South the novelty of a white jury convicting a white man largely on the word of a black man was enormous. Yet even so, it was only in the trial's aftermath that the deeper and more volatile issues came to the fore."

On April 26, 1913, a thirteen-year-old child laborer named Mary Phagan was brutally murdered in a downtown Atlanta pencil factory. The girl was strangled and probably raped, her body then dragged across the plant’s coal-slag carpeted basement floor to a dark recess, blackening it beyond recognition. Not until responding officers pulled down one of her stockings did they determine that she was white. Near her corpse, the police discovered two cryptic notes that pointed to an unnamed “long tall black negro” as the culprit. The notes were written in such a way as to suggest that the victim composed them in her death throes, but from the outset, their strange wording (“i write while he play with me,” read one) raised doubts. From this terrible and puzzling start, a bizarre and tragic sequence of events ensued.