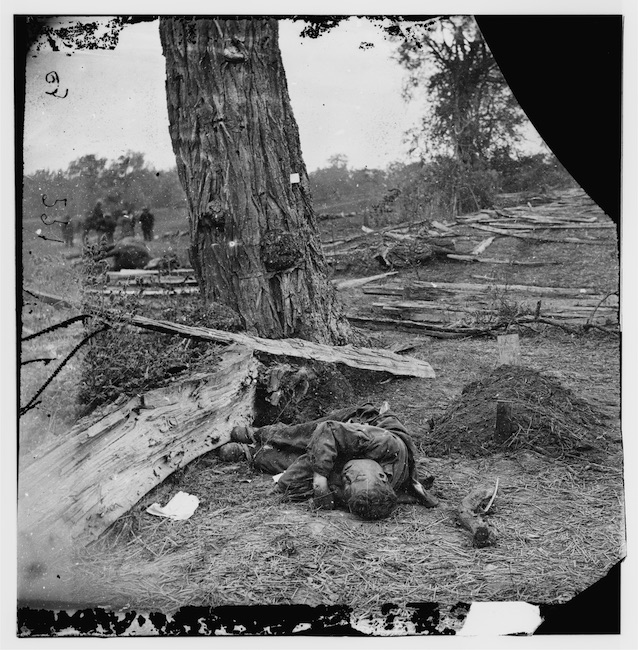 On the battlefield of Antietam, courtesy of the Collections of the Library of Congress.

"More Americans died in the Civil War than in all other American wars combined up to Vietnam. Death touched nearly every American, north and south, of the Civil War era, yet the unanticipated scale of the destruction meant that at least half these dead remained unidentified."

We take for granted the obligation of our government to account for the war dead. We expect the military to do everything possible to gather information about our war casualties, to notify their families promptly and respectfully, and to provide the bereaved with the opportunity to reclaim and bury their kin. Eighteen months after the inauguration of combat in Iraq, the Pentagon takes satisfaction that even though more than twelve hundred American soldiers have died, none is missing or unidentified. The contrasting failure to find every American who fought in Vietnam—an estimated 1,950 remain unaccounted for—continues not just as a burden for their grieving families, but as a political force in a pow/mia movement now more than three decades old.