The First Century of Blues: One Hundred Years of Hearing and Interpreting the Music and the Musicians 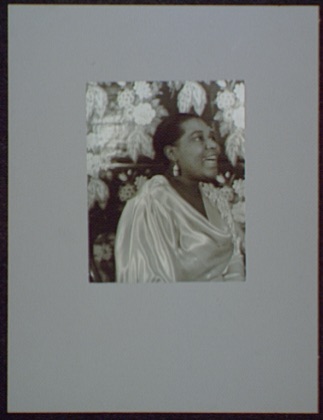 Photograph by Carl Van Vechten, courtesy of the Collections of the Library of Congress.

The First Century of Blues: One Hundred Years of Hearing and Interpreting the Music and the Musicians

"In 1961 Bob Koester, a producer with Chicago-based Delmark Records, made an amazing discovery. Sleepy John Estes, a bluesman who had achieved fame on the race record labels during the interwar years, was found to be still alive and residing on the outskirts of the small western Tennessee town of Brownsville."

Just over one hundred years ago, classically trained African American musician and composer W. C. Handy accepted the directorship of a Knights of Pythias band in Clarksdale, Mississippi. The Knights—a fraternal organization founded during the Civil War to promote goodwill in the bitterly divided country—had convinced the Alabama native to return south after a stint as a music director in the Midwest. One night in 1903, while napping on a bench at the train depot in the Mississippi Delta hamlet of Tutwiler, Handy awoke to the sound of strange music. Looking around the platform, he saw a man playing a guitar and singing. The sad-looking guitarist used a knife to slide across the instrument’s strings and repeated his lyrics several times in each verse. Though Handy did not know it at the time, he was witnessing two of the essential features of Delta blues music: the slide guitar technique and the repetitive lyrical structure, derived from old field hollers. This chance encounter with the bluesman at the Tutwiler train depot became Handy’s first experience with the musical form he would later popularize to such a degree that he eventually adopted the title “Father of the Blues.”