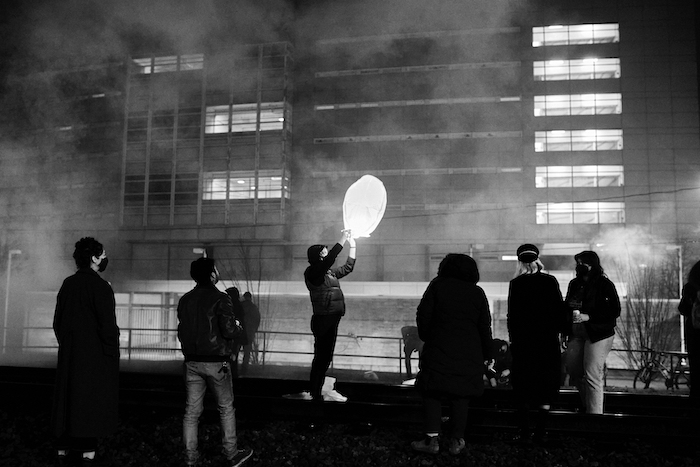 “The phrase ‘abolitionist South’ pulls us back to the region’s traumatic and violent history of slavery and Emancipation but also anchors us in a radical present.”

In this issue of Southern Cultures, we examine the abolitionist South. This phrase pulls us back to the region’s traumatic and violent history of slavery and Emancipation—brought to life most recently in Barry Jenkins’s devastating television adaptation of Colson Whitehead’s 2016 novel, The Underground Railroad. But it also anchors us in a radical present where modern abolitionists protest community harm in twenty-first-century racist police brutality, prisons, surveillance, criminalization, and law enforcement, all of which are disproportionately experienced by Black Americans, low-income communities, and women. The essays, photography, and poetry in this issue address core aspects of southern abolition and how it supports resistance, protest, activism, community safety, mutual aid, joy, and relationship building. Our guest editors are historians T. Dionne Bailey and Garrett Felber, whose important work examines Black radicalism and the carceral state in the American South. This issue is inspired by the groundbreaking 2019 Making and Unmaking Mass Incarceration conference at the University of Mississippi, which Garrett chaired, and at which Dionne was a speaker. We are also grateful to historian Bethany Moreton, who serves on the editorial board of Southern Cultures, for her strong advocacy for this issue.

Food, Punishment, and the Angola Three's Struggle for Freedom