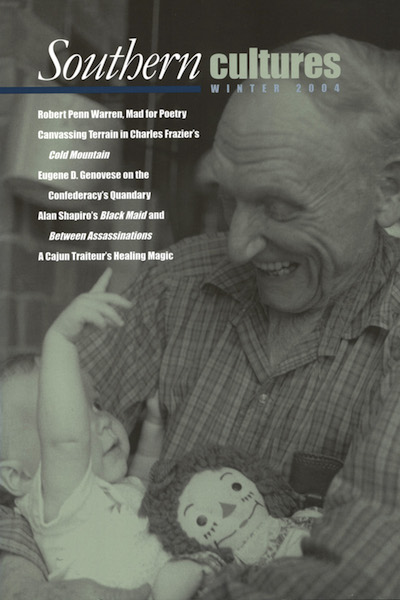 "Who could miss the blood-pounding rush of events that awful spring, with the bands playing, the girls cheering, elders looking proud and tearful, as scowls of disapproval already darkened against 'tories' and shirkers?"

Robert Penn Warren is one of the unquestioned giants of twentieth-century southern culture. Poet, novelist, and reporter, he emerged as a younger member of the “Fugitive” group at Vanderbilt University in the 1920s, who did much to introduce America to modernist literature and became renowned leaders of the “southern renaissance” in American letters. We are deeply fortunate that William R. Ferris interviewed “Red” Warren before his death in 1989 and shares the transcript of that conversation in this issue.