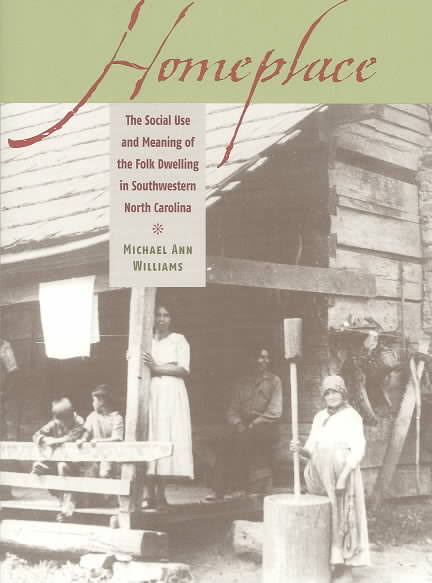 Homeplaces: The Social Use and Meaning of the Folk Dwelling in Southwestern North Carolina by Michael Ann Williams (University of Georgia Press, 1991)

The study of the vernacular architecture of the United States flourished as never before during the 1970s and 1980s. The establishment of the National Register of Historic Places in 1966 and the subsequent funding of state historic building surveys unleashed architectural historians, cultural geographers, folklorists, and historic preservationists on cities, villages, and rural areas across the country. Academia responded simultaneously to the civil rights movement and the populist political climate by developing the New Social History, which focused on the often-overlooked everyday lives of common people, including their architecture. While early architectural surveys emphasized architectural style, materials, and construction techniques, by the late 1970s scholars had drawn attention to the floor plans of houses and had postulated a relationship between them and social use patterns. In the 1980s, scholars combed historic documents and turned to ethnographic observation to test this relationship. Michael Ann Williams’s exhaustive use of oral history marks Homeplaces as a significant step in this maturation of vernacular architecture studies, which provides important insights into the relationship of house type to patterns of social use.