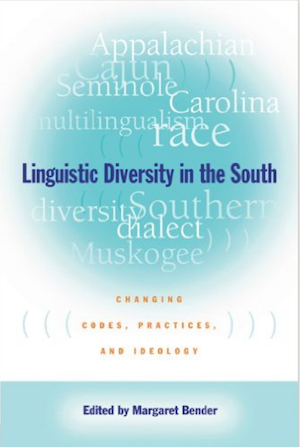 One would scarcely know it today from film and television representations (and rarely from the dialogue of published fiction), but the English of the American South is, and has always been, less uniform geographically and socially than that of any other region of the country. The region’s settlement by varied European and African groups and contact between them, among other forces, have produced this diversity. Even less widely known is the extensive multilingualism of the South. Making a case for both of these are the nine essays in Linguistic Diversity in the South, along with a superb introduction that extracts and interweaves the themes of the case studies that follow, all of which are written accessibly by anthropologists and linguists.