Love Songs, and: Music From the Zydeco Kingdom, and: Let’s Go!, and: Sam’s Big Rooster (Review) 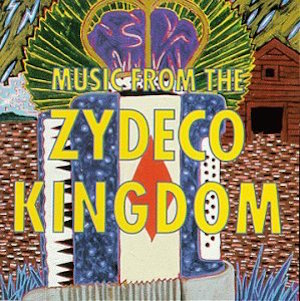 Love Songs, and: Music From the Zydeco Kingdom, and: Let’s Go!, and: Sam’s Big Rooster (Review)

To honor the one hundredth anniversary of Louis Armstrong’s birth, Columbia’s Legacy division is launching a number of projects. The first of these is a delightful collection of Armstrong’s love songs. Six of the fifteen tracks cover the period from 1929 and 1930 when he worked with his Sebastian New Cotton Club Orchestra. The remaining nine cuts are from between 1955 and 1961. (Sony and its subsidiaries do not own the music Armstrong recorded between 1930 and 1955, hence the twenty-five year gap.) As a bonus, the cd contains a previously unreleased live version of “Ko Ko Mo, I Love You So” recorded at the 1958 Newport Jazz Festival, as well as a duet with Carmen McRae backed by the Dave Brubeck Trio. The selections, while certainly not encompassing the full range of Armstrong’s talent, nevertheless provide a delightful complement to any romantic evening or weekend morning.