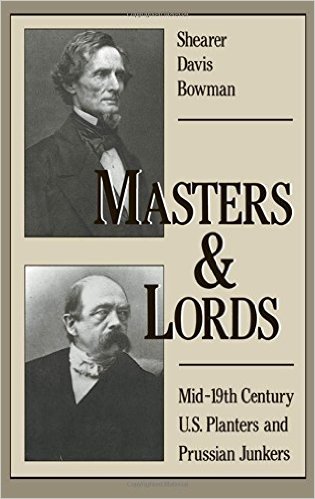 Few historians have dared to draw comparisons between American and European landed elites and the societies over which they presided. Logistical, linguistic, and conceptual problems abound; voluminous and complex historiographies have to be mastered. Shearer Davis Bowman courageously bridges the Atlantic divide in historical studies by pursuing two objectives in this book. First, he attempts to demonstrate the singular characteristics of the planter class in the antebellum South by comparing it to the Prussian landed nobility, the Junkers, during the Vormärz period between the Napoleonic Wars and the Revolution of 1848. Second, he tries to lend sharper definition to the contested concepts of class, capitalism, and paternalism by applying them to two similar landed elites living in regional societies and political cultures that in many ways still remained an ocean apart.