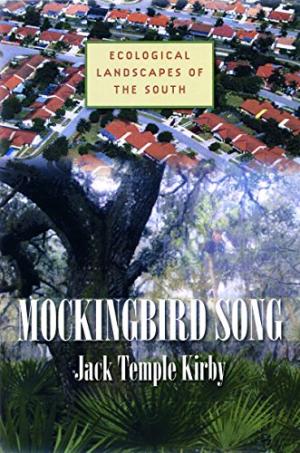 Defining a boundaried and distinctive South has never been easy, and there is a recent tendency for the regional narrative to fragment and blur into national and international trends. Histories of “the American South” are still published, but for college classroom use rather than a large public readership. It was thus a major intellectual achievement when Albert Cowdrey published This Land, This South in 1983, a compelling environmental history of a region traditionally defined with reference to politics and culture. Cowdrey’s book stood alone for over two decades. A small but productive cohort of environmental historians interested in pieces of the South expanded the literature incrementally, but no one produced another regional synthesis—until now, when Jack Temple Kirby, perhaps the most productive writer on southern nature-human relations, gives us Mockingbird Song to take its place on the shelf with This Land.