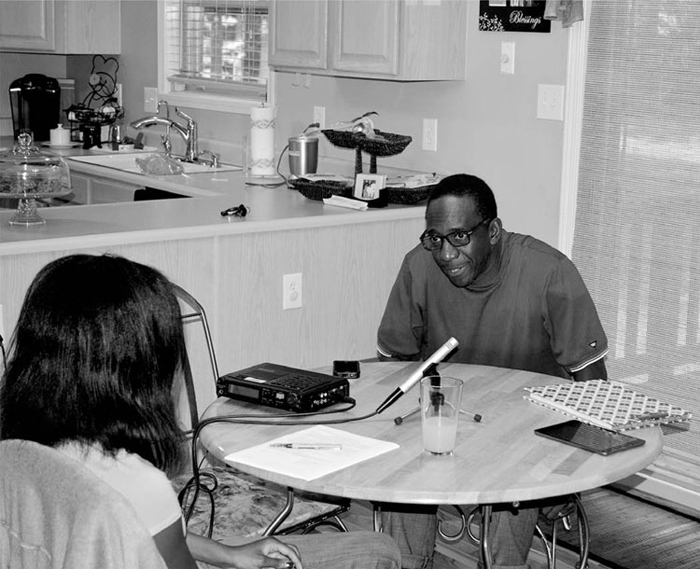 “They warned me that I’d never get the real history the way I was going about it. They said I needed to capture the story. I listened. And I stepped on a wellspring.”

January 2013, Chicago, Illinois. I was sitting in Mr. William Schaffer’s apartment conducting my survey. He was eighty-six years old at the time and had lived alone for the last fifty years. His home was meticulous, yet filled with a lifetime of memories. During the interview, I asked him about his high school education. He got up and lumbered to his bedroom and brought back a copy of his high school diploma and all of his report cards from the Lynch Colored Public School. I asked him if he had ever served in the military. He reached over to his drawer and pulled out a picture of himself serving in Germany during World War II. Once I finished, he said, “ You know, once I die, all of this stuff will end up in a dumpster. I don’t have any children or living siblings. I hope you will come back and take some of this so you can get the story right.”