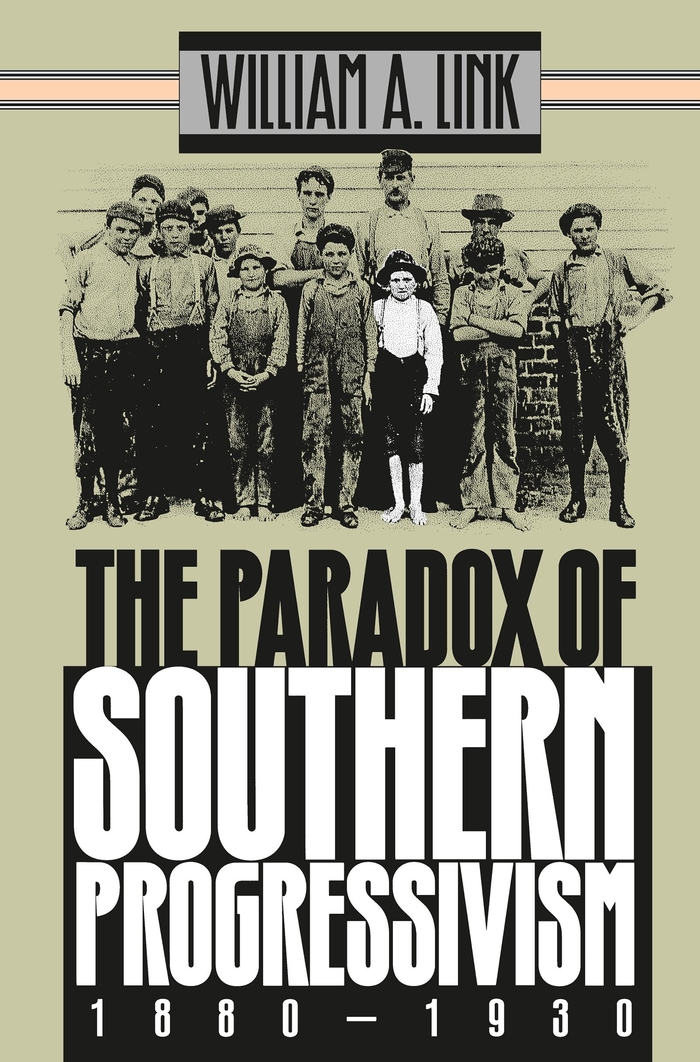 The Paradox of Southern Progressivism, 1880-1930 by William A. Link (University of North Carolina Press, 1992)

In this insightful and clearly written volume, William A. Link brings into focus a central theme in the history of American reform: the conflicts arising from cultural gaps between would-be reformers and those they are trying to help. This is not a comprehensive study of southern Progressivism but an “extended essay” on reform efforts in education, public health, child welfare, public morality, and social order. Together, Link says, these constituted a “cultural invasion of southern communities.” Reformers sought to create a more centralized, efficient, and orderly society—Link calls it the “social efficiency state”— through crusades that would lead to changes in public opinion and public policy. But their plans for the South often ran head-first into strong local resistance. Sometimes southerners misunderstood the reformers’ intentions; more often, they understood and resisted the controls reformers sought to impose.