There are many quiet, effective ways to fight.

The following images were submitted by student photographers at the University of North Carolina at Chapel Hill in response to a call for photographs that depict the pursuit of social equality, the challenging of injustices, the strengthening of community, or the advancement of human rights. A collaboration with the Campus Y, the call coincides with “I Am A Man,” an exhibition of photographs taken between 1960 and 1970, which includes images that highlight young people engaged in the Civil Rights Movement. Join us at the opening of “I Am A Man” on Friday, February 8, at the Center for the Study of the American South, where we will be joined by author, educator, and civil rights activist Doris Derby, whose photographs are featured in the exhibit. 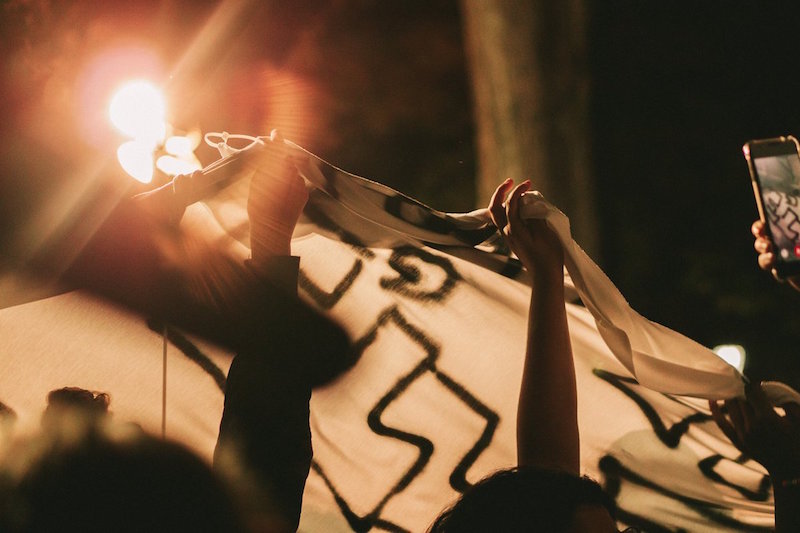 I am not sure of the names and pronouns of those in the image, but this photograph was taken at a Silent Sam protest after the statue came down. We were surrounding the statue in solidarity with one another. This photo evokes the pursuit of social justice because it showcases the ways in which, despite the horrible and divisive circumstances, we can still come together to fight white supremacy over and over until our voices are finally heard.

Alexis Hinnant is a 22-year-old photographer, writer, and social media enthusiast. She is a senior at UNC studying all things media and communications. 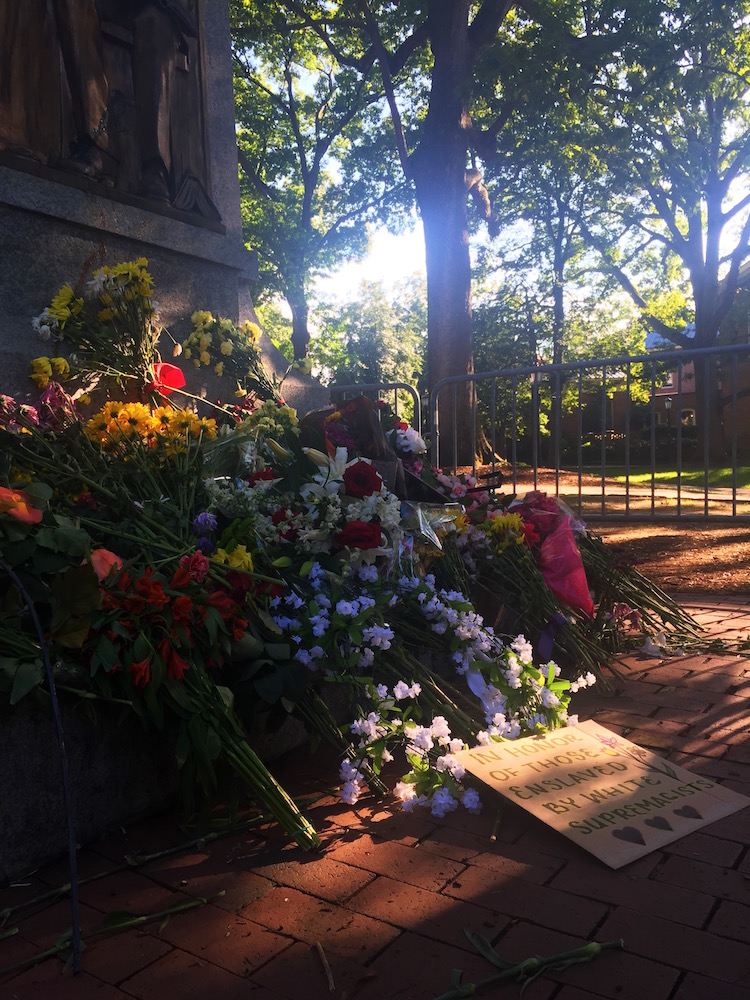 This photo depicts a sign that an anti-racist student activist threw over the metal barricades around Silent Sam’s pedestal, a sign that landed on top of flowers placed there by the statue’s neo-Confederate supporters. This sign recontextualizes the flowers, transforming them into a memorial for those killed by various institutions of white supremacy. On this day, an anti-racist protester spent hours making and throwing dozens of these signs around and on top of the flowers so they could not be removed or ignored by passersby. The signs said things like, “In honor of those enslaved by white supremacists,” and “In memory of those murdered by the police.” That night, UNC Police removed the flowers and signs, although they had previously allowed the neo-Confederates’ flowers to remain for days. Flowers have not been placed at Silent Sam since.

This image illustrates that, with a bit of creativity and determination, students can reclaim our landscape from those who wish to valorize rather than reckon with the South’s white supremacist legacy. Meaningfully participating in struggles for social justice does not have to mean being arrested or even coming to a demonstration. There are many quiet, effective ways to fight.

Gina Balamucki is a UNC alumnus and a student at the UNC School of Law. She is a visual artist, musician, author, and organizer. 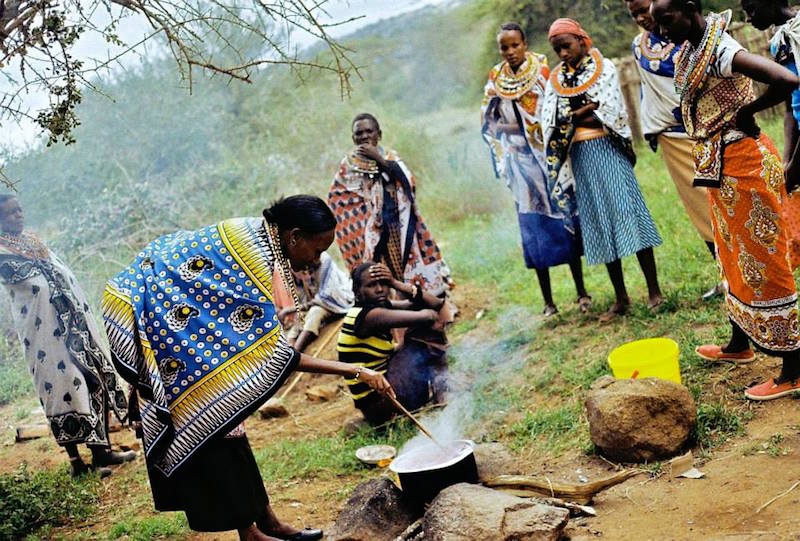 Maasai women in Laikipia, Kenya join together to push back on traditional roles that require them to defer to men when making decisions. This community group is made up entirely of women, young and old. Together, the women manage projects that bring in additional income to their families and community, including beekeeping, basket and jewelry making, and aloe vera harvesting. While men in the community can be a part of the activities, all decisions about how the projects are managed and where the money is invested are made by the women. This ensures more opportunities for women and girls in the community who, otherwise, might be stuck in a cycle of early marriage and limited education.

Margit Bertalan is a PhD candidate and Fulbright-Hays Fellow in the Environment, Ecology, and Energy Program at UNC. Her research investigates the social impacts of conservation initiatives on rural communities in Kenya, and the perceptions of local people concerning conservation, biodiversity, and their environments. Bertalan is interested in the advancement of knowledge in human-environment interactions and wildlife conservation through research, education, community engagement, and the use of socially just approaches. 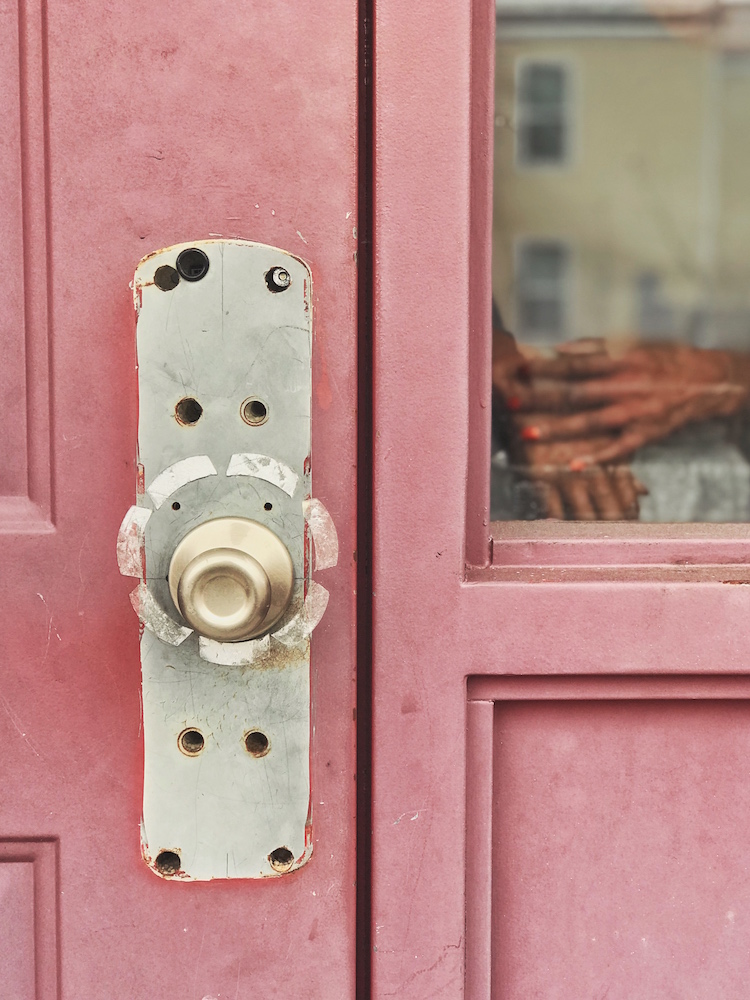 Ms. Bailey is a retired hairdresser, born and bred in Durham, North Carolina. She depends on Section 8 vouchers to cover rent due to numerous health conditions out of her control. In 2018, she received an eviction notice after a minor altercation with a neighbor. Though she won the case, her housing stability remains on the line. The sheer experience of an eviction judgment has altered how the housing industry treats her. I met Ms. Bailey while investigating the connection between evictions and health to understand the consequences of housing insecurity in Durham. Ms. Bailey hopes her story helps the Durham community create solutions that protect vulnerable residents. Ms. Bailey encourages us to “take [evictions] seriously,” stressing that “it’s not a play thing. That’s someone’s whole life.” This photo was taken inside her apartment complex and her name has been changed to protect her identity.

Karla Jimenez-Magdaleno is a dual master’s candidate in public health (MPH) and city and regional planning (MCRP) at UNC. She’s intimately familiar with displacement, which started during her childhood in Venezuela. Her academic journey explores transient populations and systematic approaches to create stability for such populations. In her final semester, Karla is working on her master’s project about evictions and the implications on health, and is serving as a graduate teaching assistant at the Gillings School of Global Public Health. 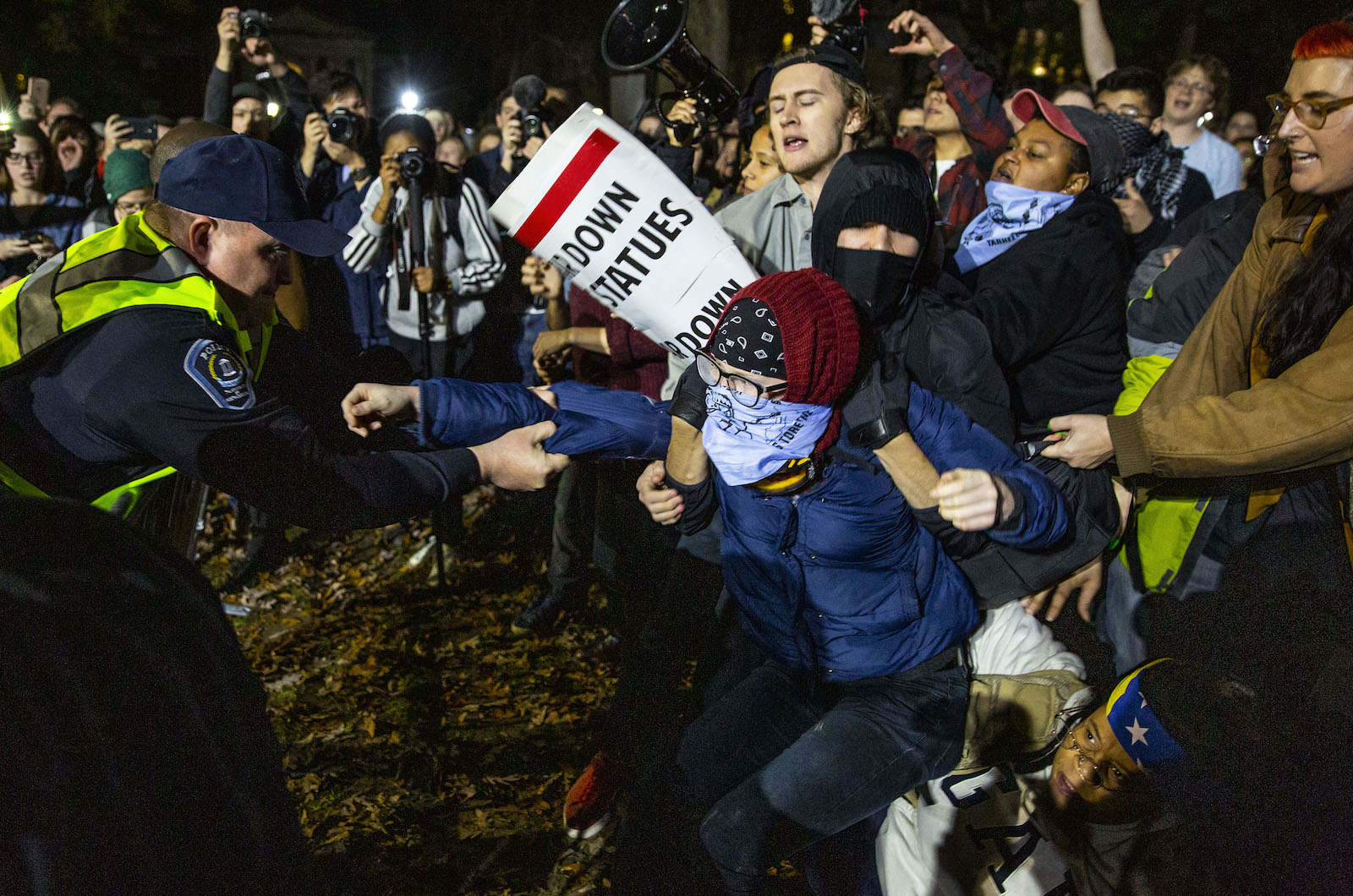 A UNC-CH police officer attempts to pull a protestor over a barricade to arrest her after she began shaking the barriers and pushing them back against the police on the night of December 3, 2018. Her fellow protestors pulled her back from the officer until her jacket sleeve ripped and she was able to escape into the crowd. This protest came in response to an announcement that the Chancellor and Board of Trustees were recommending a multi-million dollar building be built on campus to house the statue.

Alex Kormann was born and raised in northern New Jersey. He is a senior Photojournalism major and History minor at UNC. His special interest is longform documentary storytelling through still photography. He has had the honor to document events of all kinds over his four years on campus, but the most intensive story he’s covered is the continuing controversy over Silent Sam and the events surrounding its eventual removal. This image comes from that storytelling. 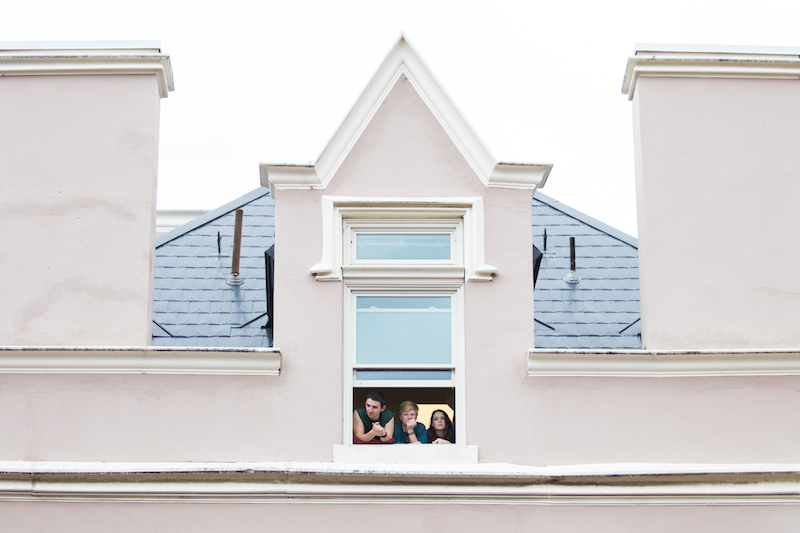 Views from the Campus Y

Students watch from the window of the Campus Y, viewing a protest of white supremacy that took place on the South Building steps on February 21, 2018. The students in protest also gathered to show support for faculty members who had received threats from these groups.

Haley France is junior studying media and journalism with a concentration in photo and video journalism. As a visual storyteller, she values being able to connect with others on a deeper level and to share their stories with the world through this visual medium. 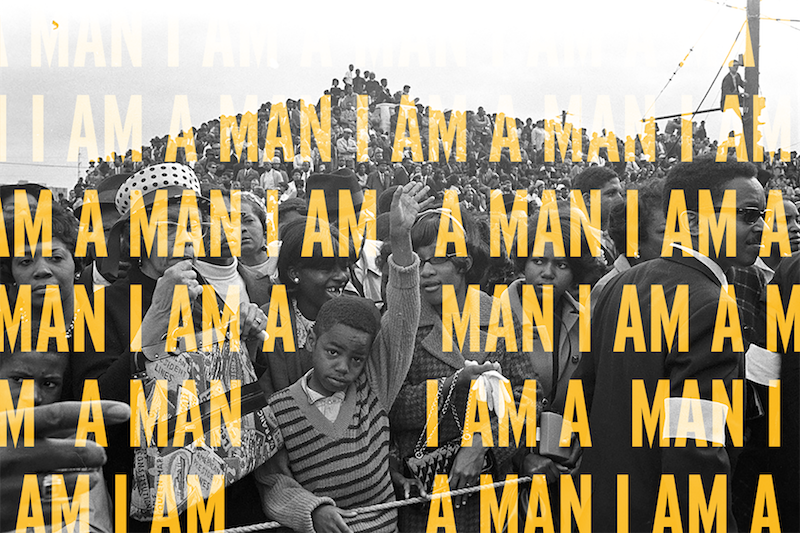 I Am A Man features photographs taken during the Civil Rights Movement between 1960 and 1970. The images in this collection offer a glimpse into the courage and brutality of the 1960s, a decade that unleashed hope for the future as well as profound and tumultuous changes.

Co-sponsored by the Center for the Study of the American South, the exhibit emphasizes the role of student activism in the Civil Rights Movement while also featuring organizers, journalists, and ordinary citizens who risked their lives to end Jim Crow segregation within the American South. Collected by an inter-institutional team of researchers led by Professor Emeritus and former Senior Associate Director of CSAS, Bill Ferris, these images were recently hosted at the Pavillon Populaire in Montpellier, France. Photographs will remain on display through May 2019.