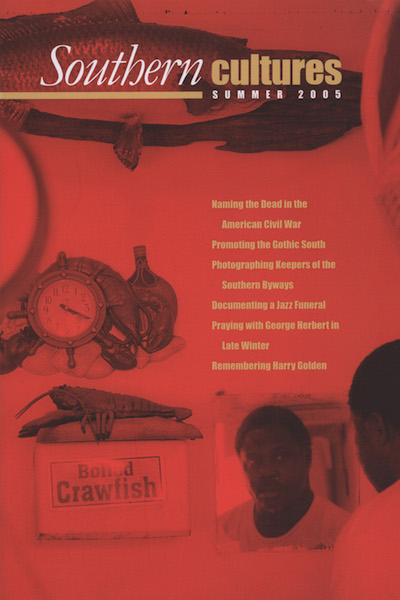 "Taking a boat ride down a swampy southern river was a thrilling escape into the unknown, a peep show of the grotesque, a blending of the realistic and the fantastic, which thrilled in a strange and disturbing way."

In the early spring of 1870, journalist Thomas Bangs Thorpe traveled to Florida’s Ocklawaha River to gather material for an article on the South commissioned by New York magazine Appletons’ Journal. Thorpe’s mission was simple. He was to persuade the magazine’s mostly middle-class northern readership of the pleasures to be found steaming down this swampy river not far from Jacksonville. Yet, far from delivering a conventional piece on bucolic retreats into unspoiled nature, this seasoned writer turned in an article that read more like a passage from a cheap gothic novel. “No imagination,” he wrote, “can conceive the grotesque and weird forms . . . as the light partially illuminates the limbs of wrecked or half destroyed trees, which, covered with moss, or wrapped in decayed vegetation as a winding sheet, seem huge unburied monsters, which, though dead, still throw their arms in agony.” Thorpe described entering “what appears to be an endless colonnade of beautifully-proportioned shafts.” The trunks ran upwards at least a hundred feet, roofed “by pendant ornaments, suggesting the highest possible effect of Gothic architecture.” The “delusion” of the medieval, claimed Thorpe, was only increased by “waving streamers of Spanish moss . . . which hang down like tattered but gigantic banners, worm-eaten and mouldy, sad evidences of the hopes and passions of the distant past.”

How to Build a Home