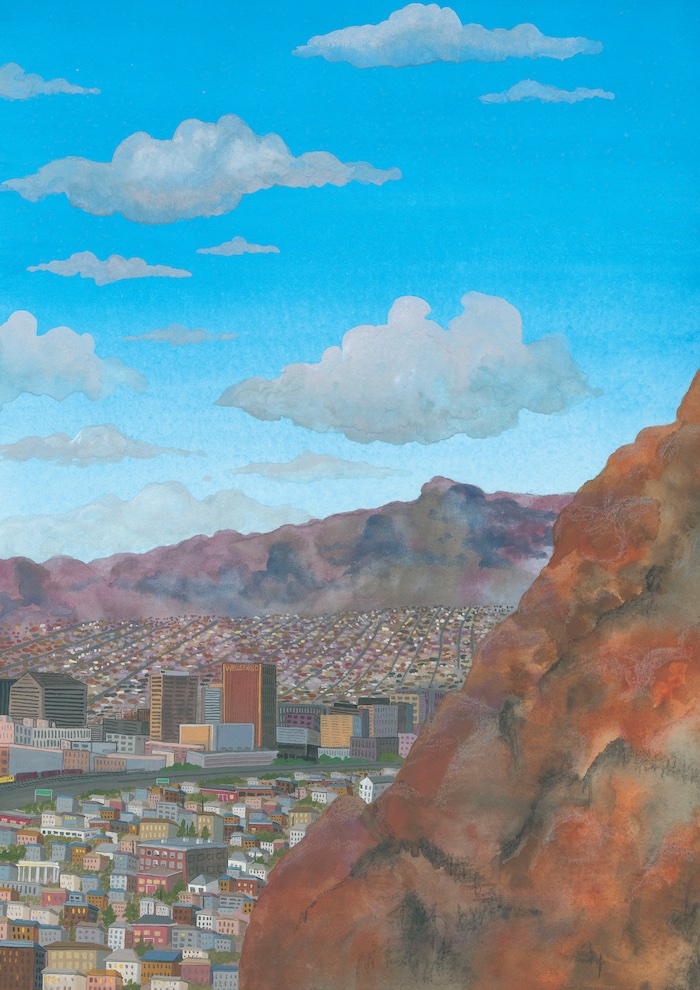 “Eight hundred miles or so west of the South Texas border, I also found the perfect place for me.”

During the summer of 2009, I arrived at the El Paso–Ciudad Juárez borderplex as a teenager seeking sanctuary. I did not arrive from south of the border as most Americans might imagine but from the Texas Panhandle, and with a southern twang in my voice. I still remember my first few months there when I unconsciously said “fixin'” to the bewilderment of others. I carried that word from the rural, profoundly southern, Baptist, and—perhaps more deeply than anything—conservative town I grew up in, north of Amarillo. Like many rural towns in the Panhandle, some of which are majority-minority, my hometown was about half Latina/o (mainly Mexican). But the region and its communities were, and continue to be, white ruled.1