“What does it mean to be (categorically) ‘undesirable’?”

When I first saw Tommy Kha’s “Return to Sender” series, I couldn’t help but think of an article I’d read some years ago about online dating apps in the United States. The article revealed how self-identified Asian men and women occupied opposite ends of a desirability spectrum, with Asian women rated the highest among all cultural backgrounds and Asian men ranked “least desirable.”1

As an Asian woman, I’ve thought about hyper-sexualized stereotypes my whole life. Every time I go on a date, I’m left wondering if my suitor is actually interested in me or if I’m being fetishized. It never occurred to me what it would feel like to elicit the opposite response.

American conceptions of Asian men arise in part from a series of exclusion laws that limited their job access to domestic and “feminized” forms of labor, thereby demasculinizing them. By now, we know that notions of white men’s sexual and racial superiority hinge on stereotyping marginalized communities. Unlearning our socialization of attraction is not as easy as recognizing the structures that undergird it. In short, what does it mean to be (categorically) “undesirable”?

Tommy Kha’s long-form photographic project, “Return to Sender,” now in its tenth year, documents Kha locking lips with friends, lovers, and strangers. It’s as much about documentation as the politics of desire. Each picture reveals how participants initiate gestures of intimacy, be it caressing the artist’s cheek, pulling him in by his shirt, or literally sweeping him off his feet. These photographs are a window into the subtleties of human interaction and preconceived expressions of affection and desire.

When we’re left with few examples of ourselves in the Western zeitgeist, how do we begin to understand our place in the world? Sometimes we learn more about ourselves through the kisses of others. By illuminating these romantic overtures, Kha’s photographs introduce the Asian male as amorous object.

The title “Return to Sender” implies an intention to reciprocate what is given, but Kha’s series isn’t about giving back to his collaborators—it’s a rejection. His impassive body language signifies the power to choose whose advances to accept. Rather than typify Western ideas of the asexual Asian male, Kha rebels—If society doesn’t want me then I don’t want society. There’s strength in reclaiming what has been deemed abject in us.

To me, Kha’s photos have always been about making room for oneself in the world. Raised in Memphis by a Vietnamese mother of Chinese descent, he (along with so many of us) was destined to be the Other. These photos allow Asian photographers not only to call forth the worlds they wish to see but also to reflect upon the one we live in. 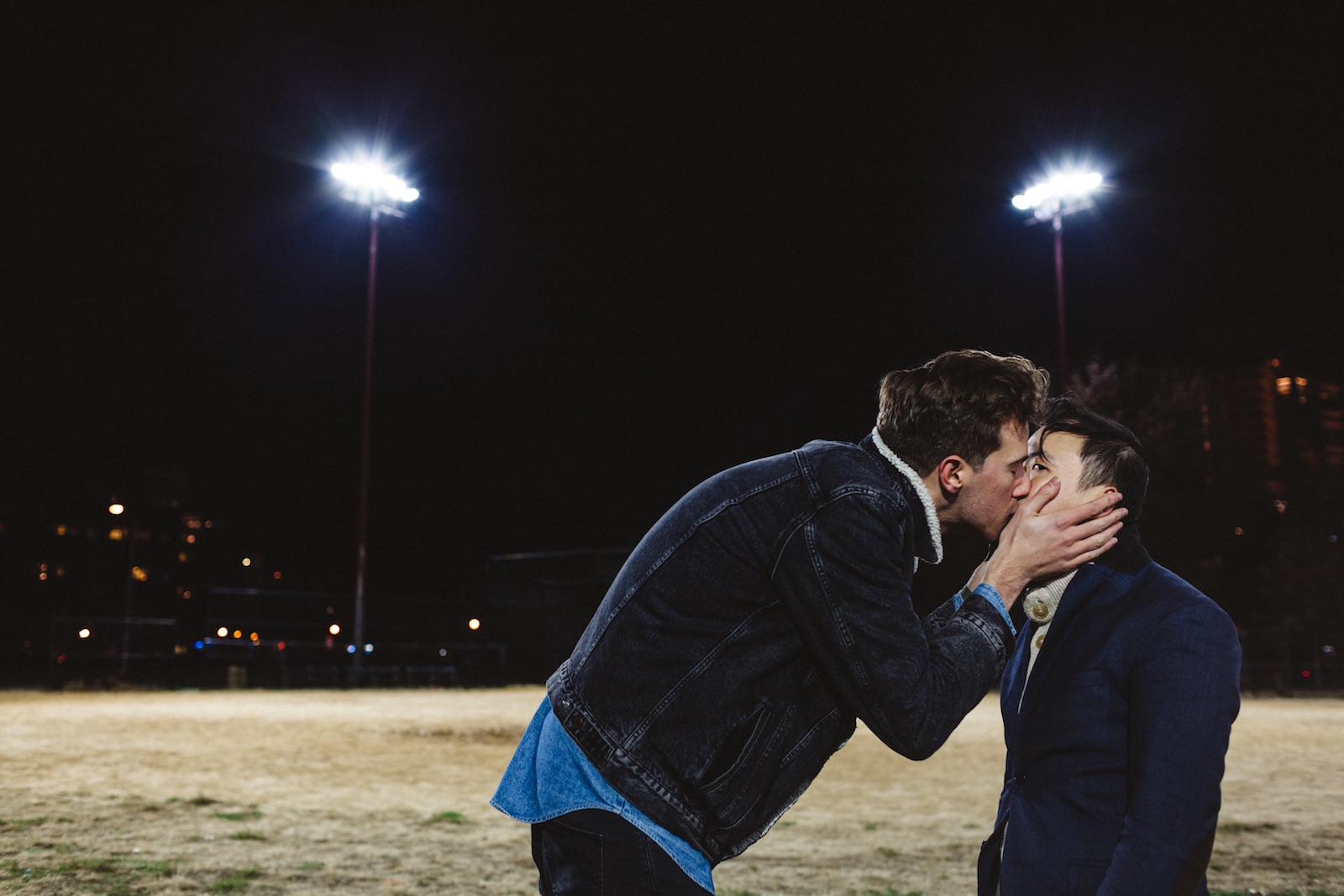 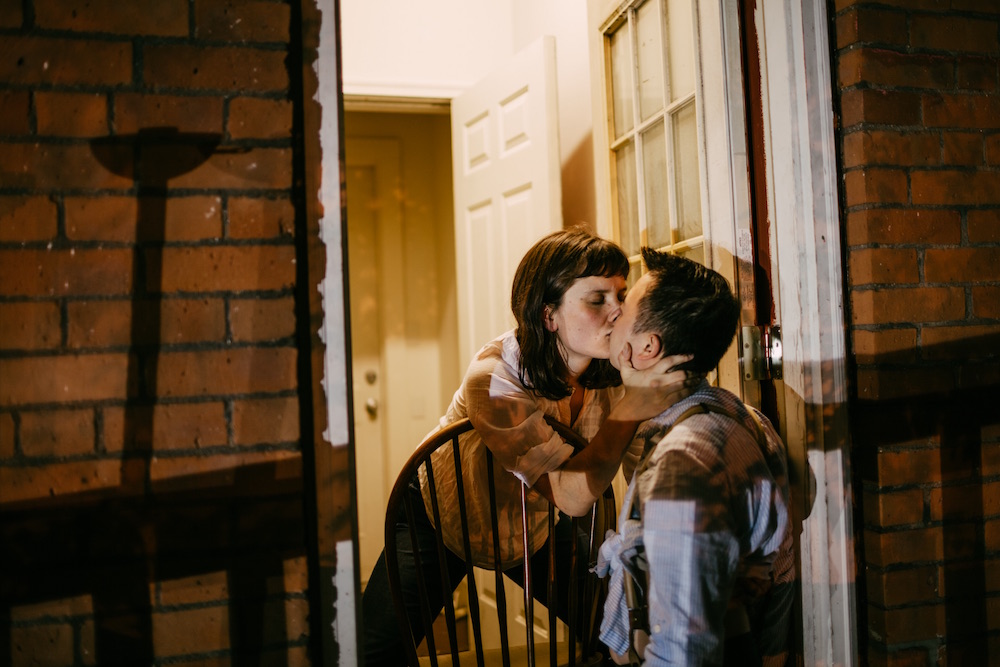 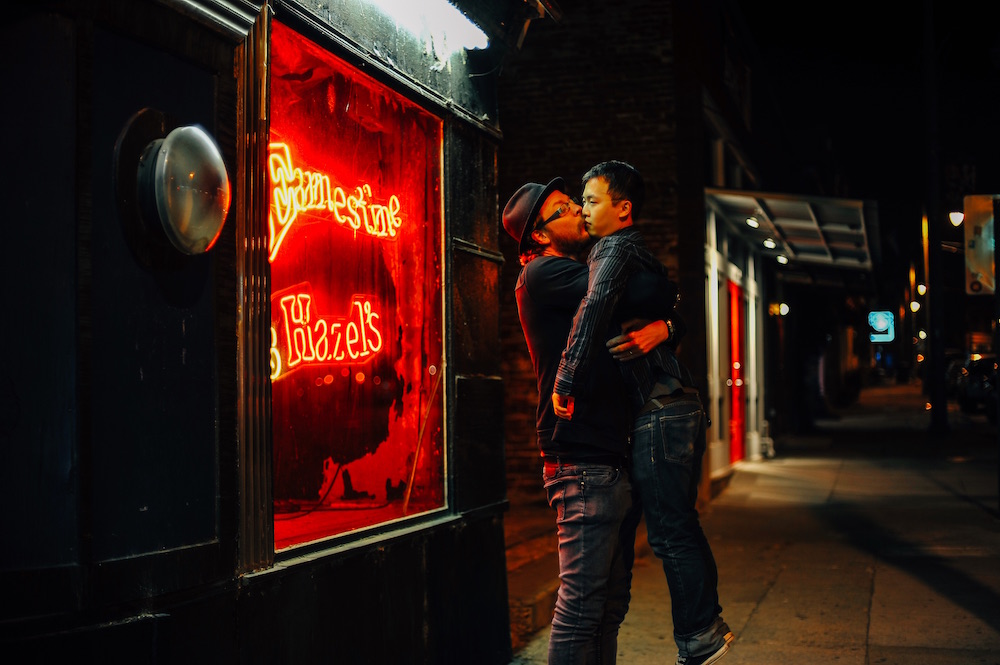 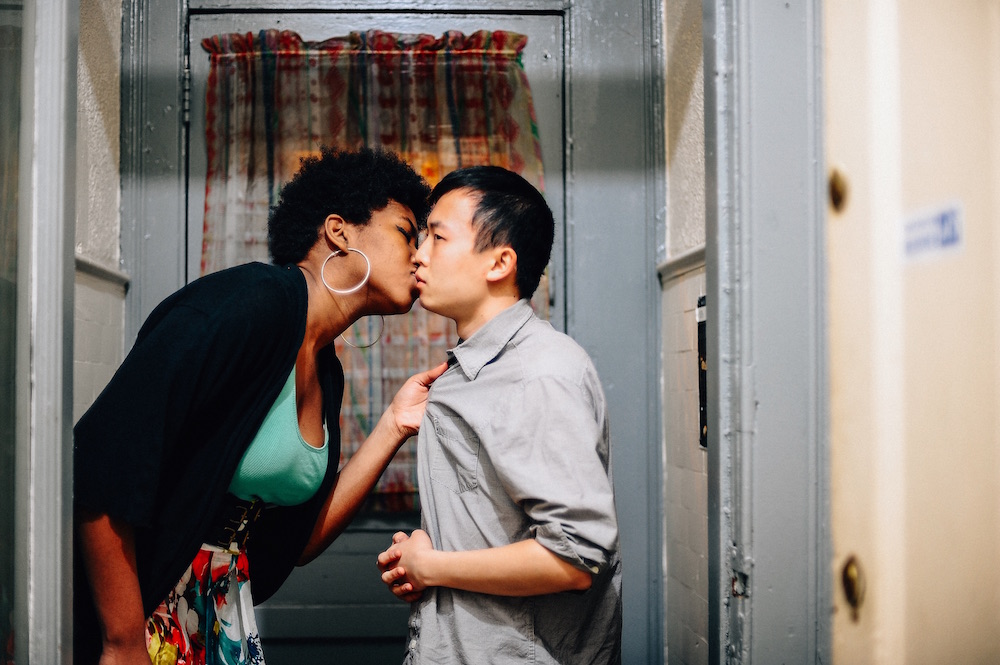 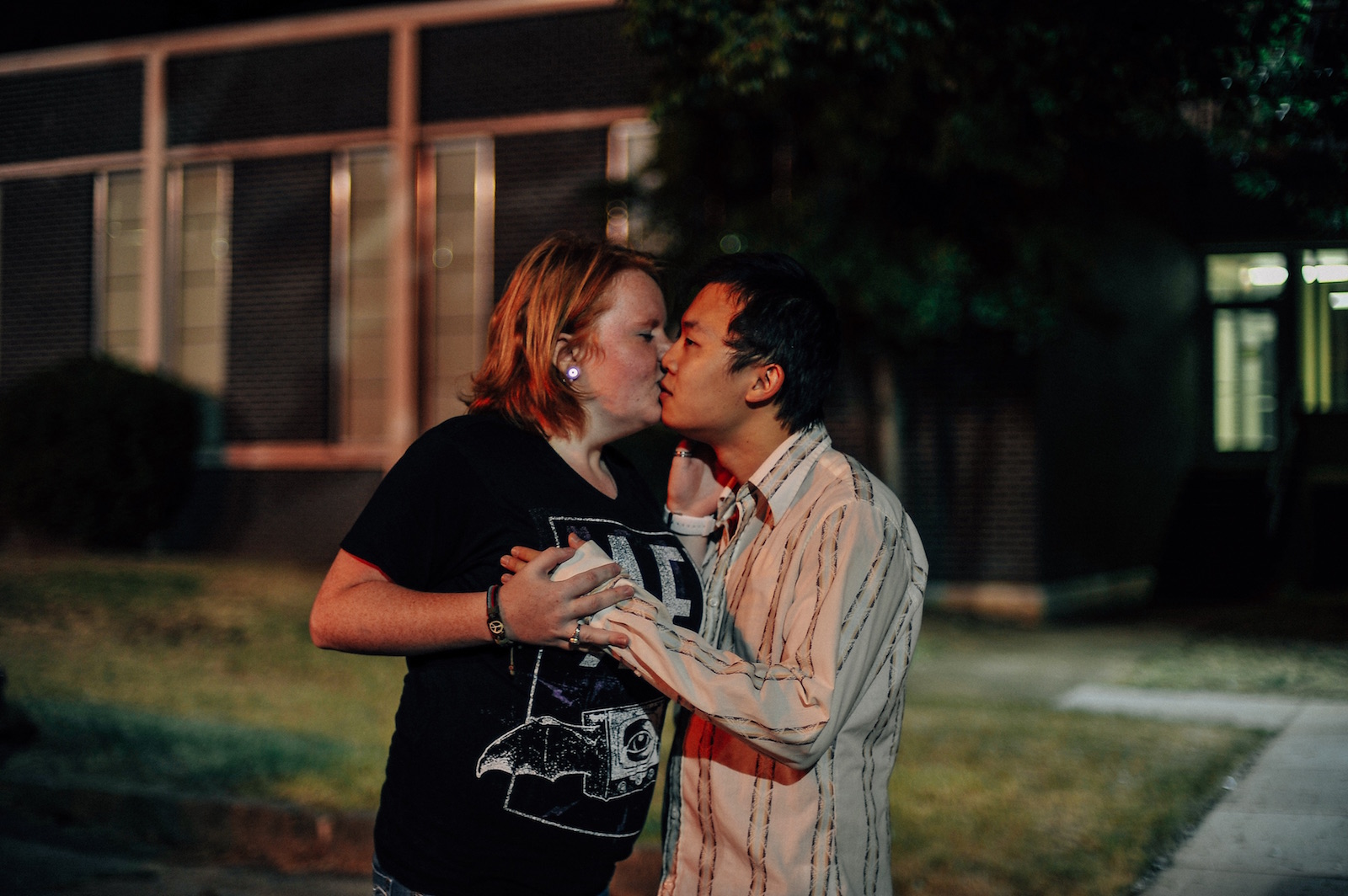 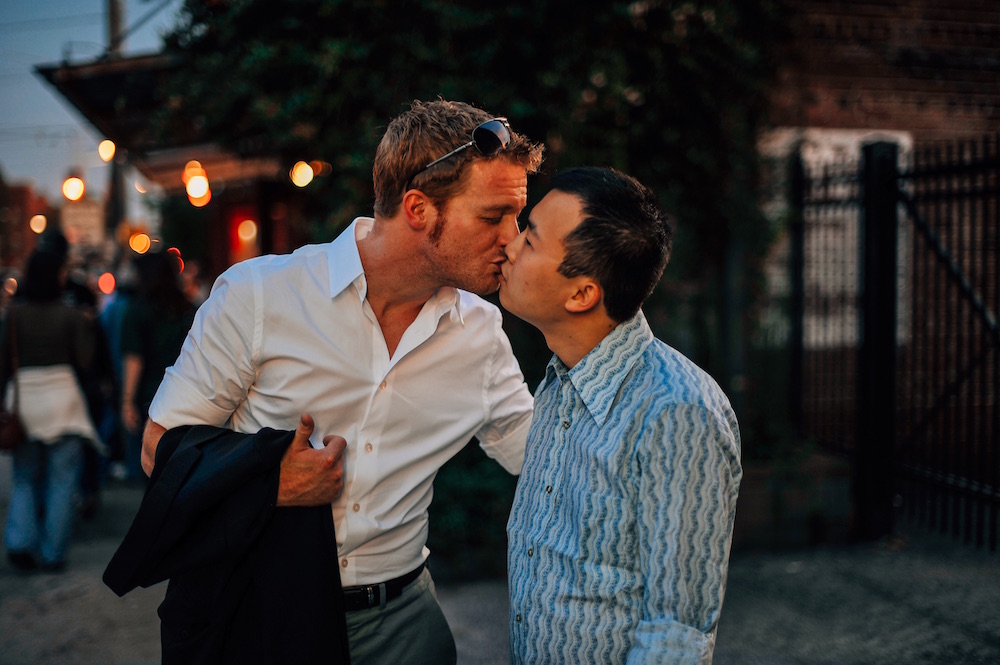 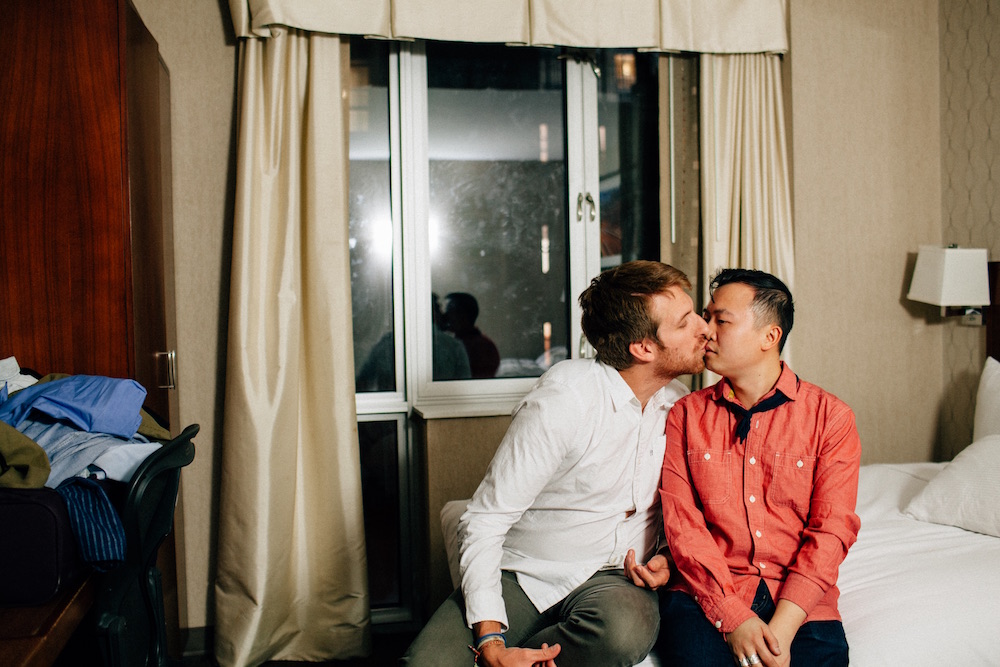 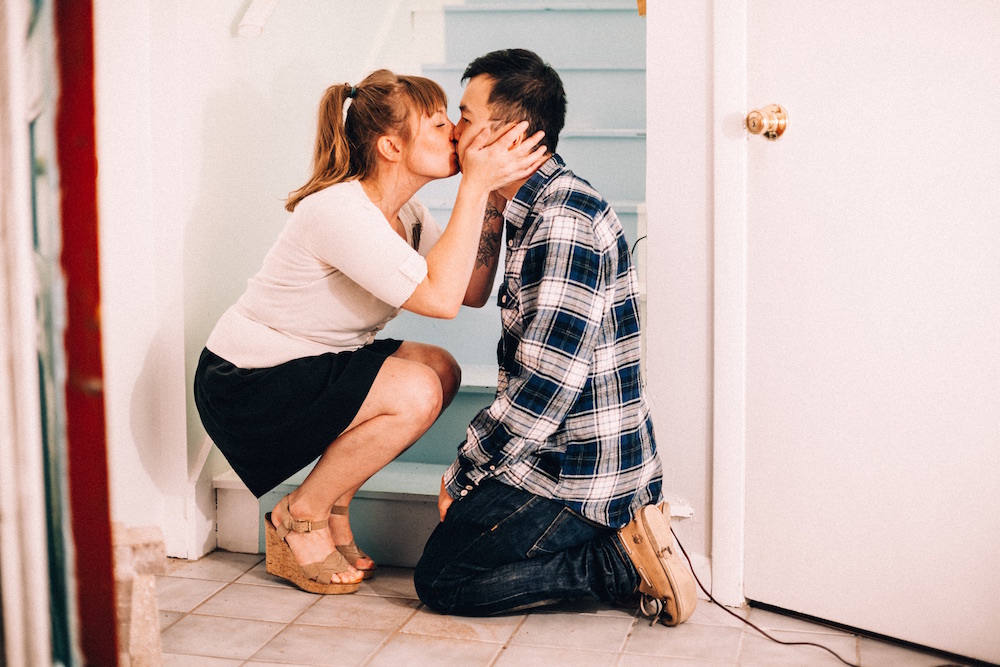 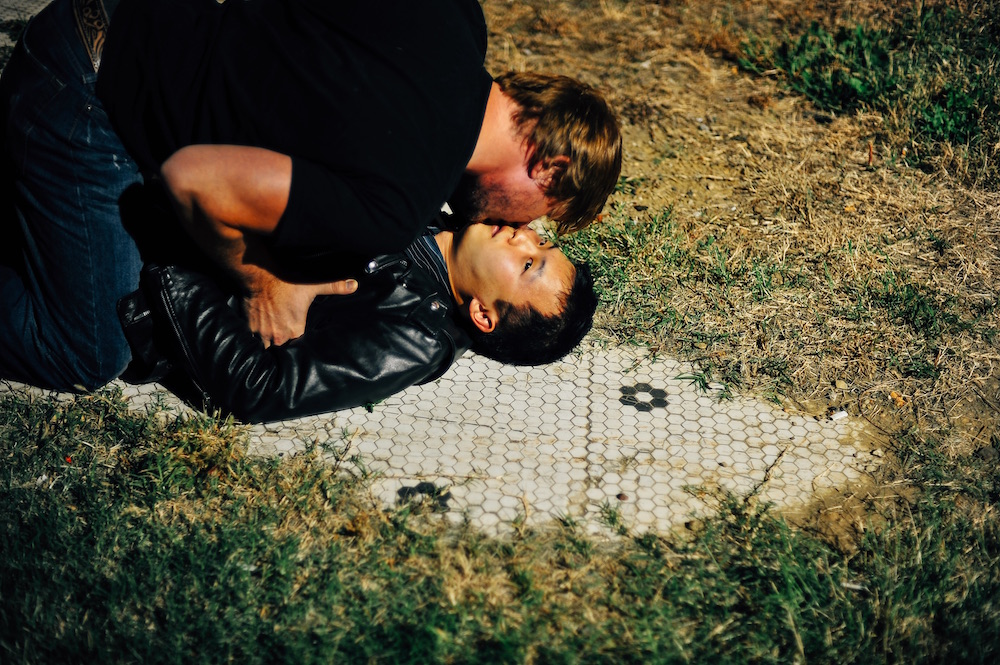 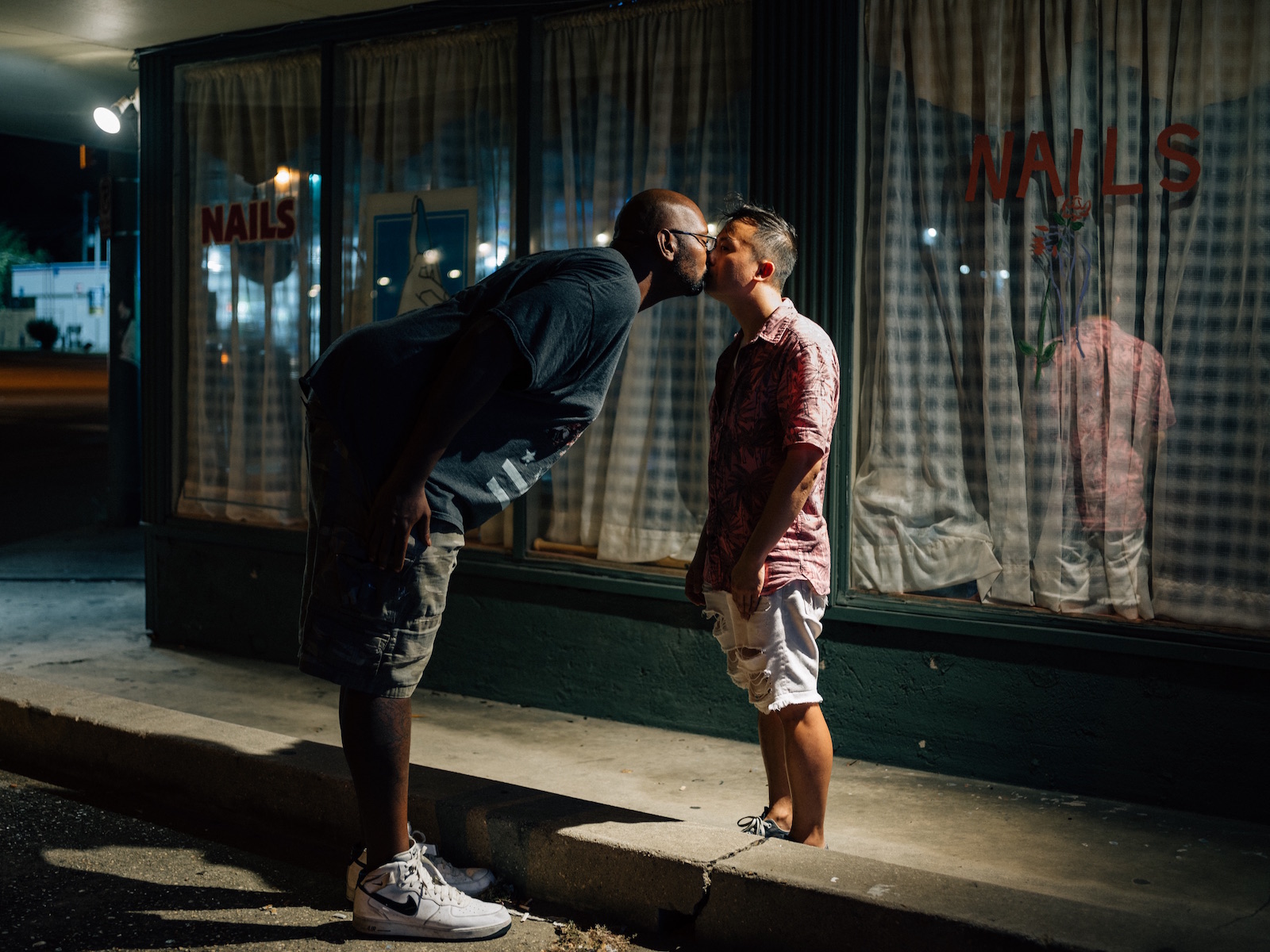 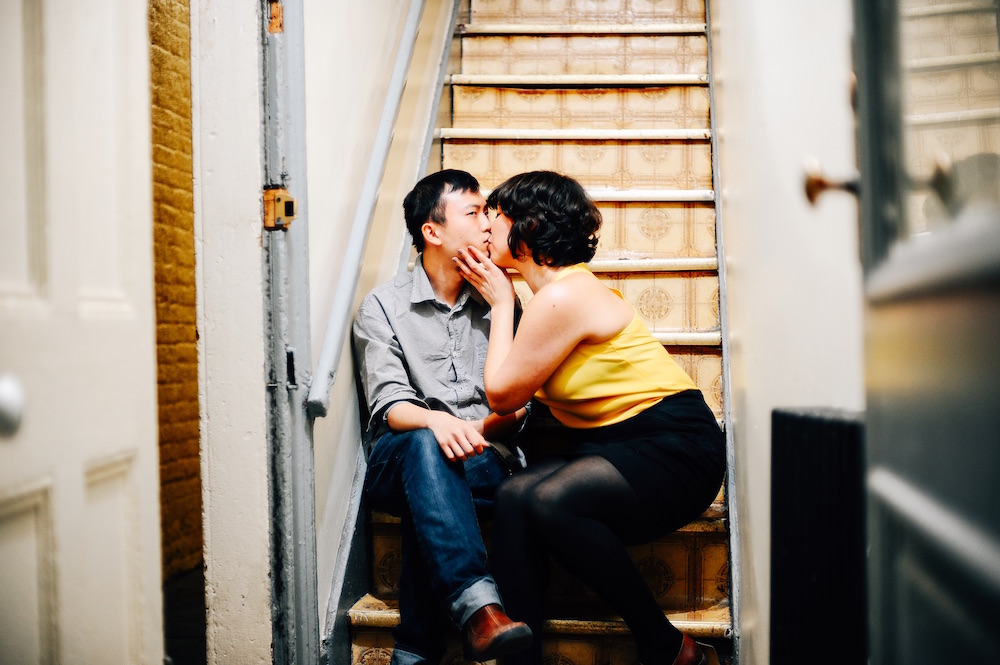 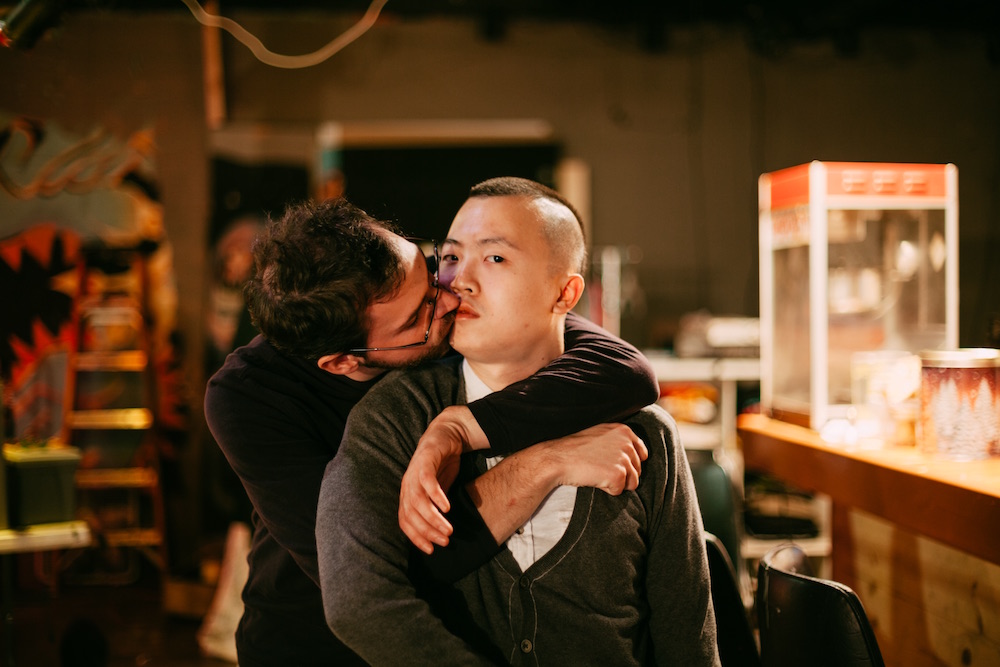 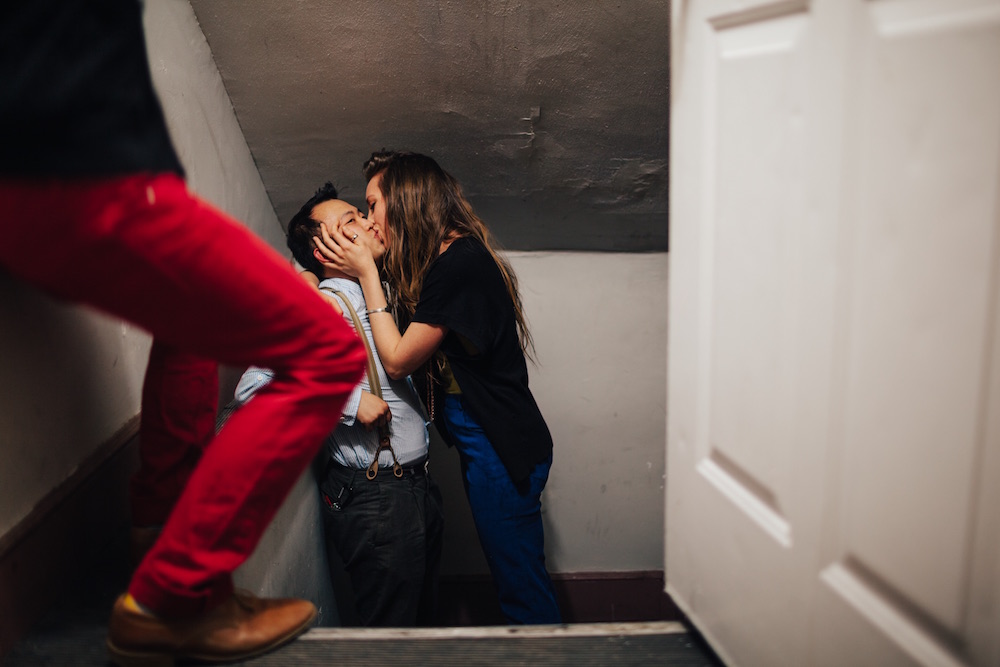 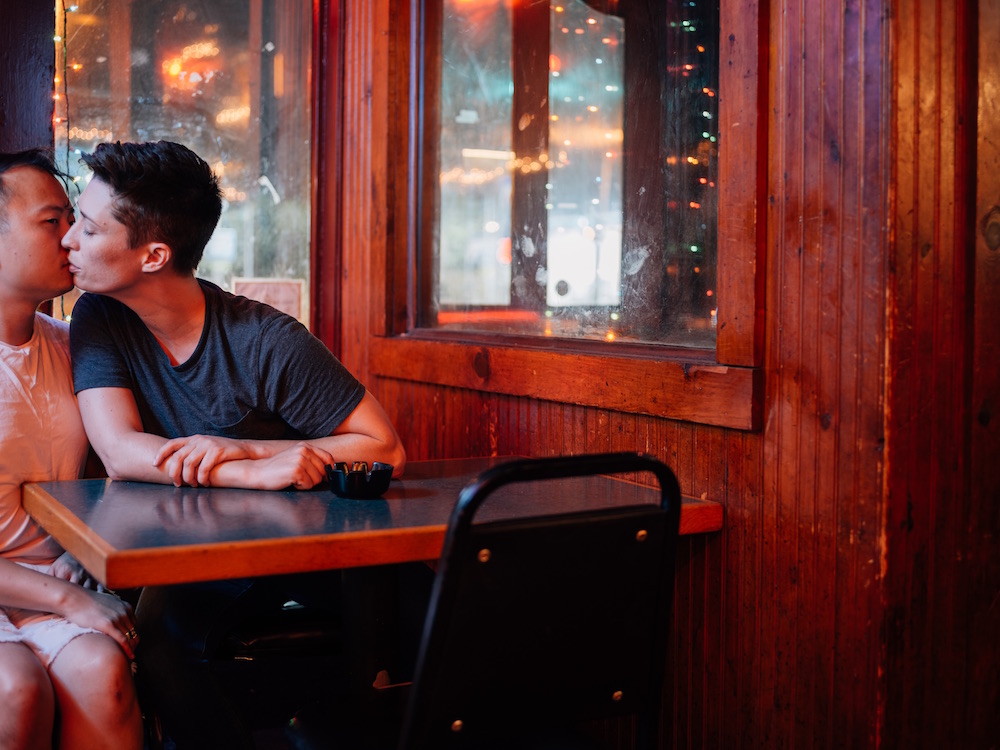 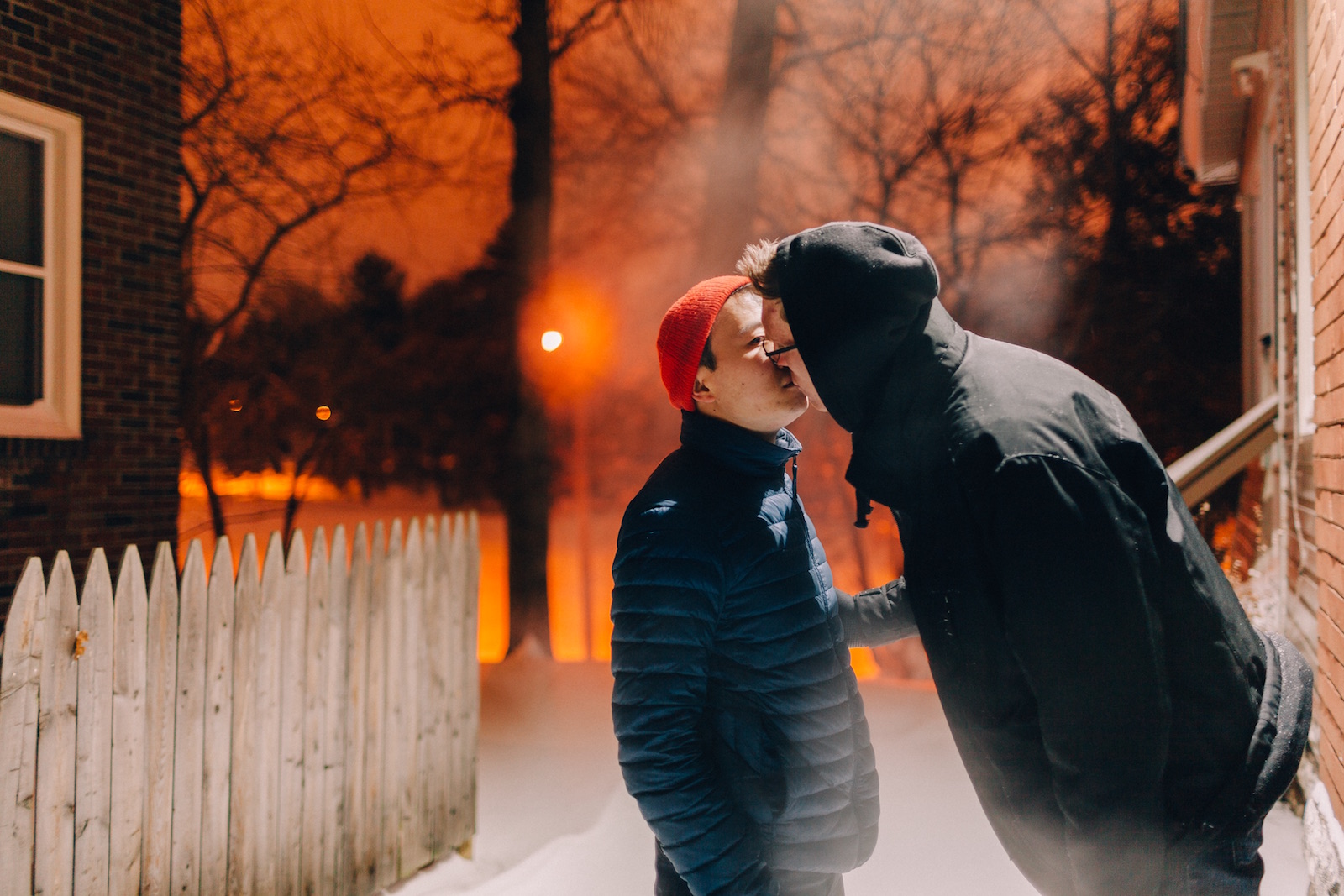 TOMMY KHA (Memphis, Tennessee) received his MFA from Yale University. He is a Hyères Photography Grand Prix finalist and former resident at Light Work and Camera Club of New York. He likes to think he takes after his great-aunt, who “read too many books and went crazy.” He is based in New York City and Memphis.

COURTNEY YOSHIMURA is a human based in Brooklyn, New York. A few of her artist interviews can be found on artforum.com.