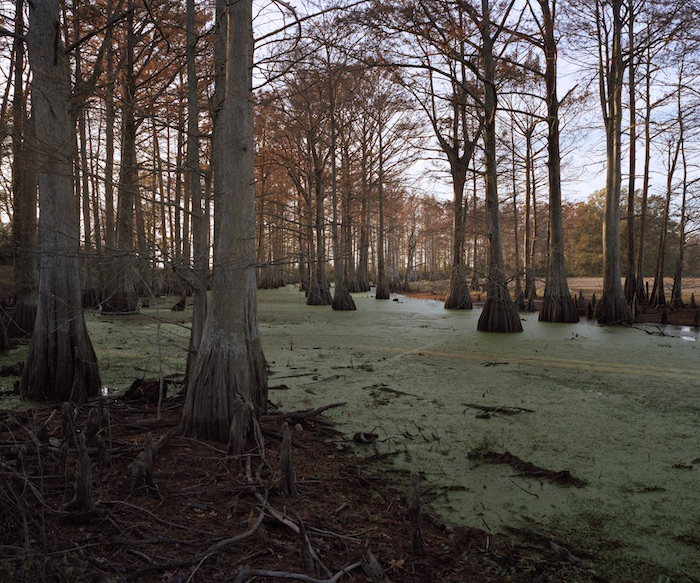 “In a purposeful inversion of the news headlines from the time, my work foregrounds individuals who fought for civil rights and who were victims of retaliatory violence.”

It was a sweltering summer in 2002 and I was wandering downtown Montgomery, exploring and making photographs, when I found myself at a historical marker in front of an ornate fountain:

The city’s slave market was at the Artesian Basin (Court Square). Slaves of all ages were auctioned, along with land and livestock, standing in line to be inspected. Public posters advertised sales and included gender, approximate age, first name (slaves did not have last names), skill, price, complexion and owner’s name. In the 1850s, able field hands brought $1,500; skilled artisans $3,000. In 1859, the city had seven auctioneers and four slave depots: one at Market Street (Dexter Avenue) and Lawrence, another at the corner of Perry and Monroe, and two on Market between Lawrence and McDonough.1

In front of this Court Square marker, I was struck with the understanding of what it means to erase histories, and curious about what it then means for those histories to reemerge in a collective consciousness through historical markers. This marker was new. Had it not been there, I would not have known that I was standing on the site where enslaved people were once sold and traded. The language on a historical marker can never fully describe the impact to individuals and communities, and this one made me want to know more. I started thinking about the function of markers and memorials, and how they facilitate encounters with significant and painful histories. >

The Spaces We Inherit