Join us (rain, Hurricane Dorian, or shine) TONIGHT, Thursday, September 5 at 5:30 PM, for the opening reception of "New Orleans Second Line Parades," on view through December 2019 at the Center for the Study of the American South.

On roughly forty Sundays a year, the hardworking members of New Orleans Social Aid and Pleasure Clubs take turns celebrating the everyday joy and pains of the community in a flashy display of footwork and high fashion, hip-hop bass and thundering brass. Dedicated high-energy revelers suit up for a four-hour funk-fueled strut through the streets (and stairways, stoops, porches, and even roofs) we call home, turning their neighborhoods into temporary dance clubs in a wildly kinetic weekly tradition that showcases New Orleans’s musical, dance, and neighborhood traditions.

I started photographing SAPC Second Lines sporadically when I arrived in New Orleans in 2001, but became more dedicated to consistently documenting the tradition around 2009. After the city’s near-death experience following Hurricane Katrina and a year away from the city, I made shooting the parades part of my own weekly rhythm as a way to both preserve individual memories and serve the communities, who, generation after generation, are expressing themselves on the streets and keeping a distinctive culture alive in street party form.

My goal with these photographs is to capture in a single frame what it feels like to be in the middle of a Second Line—sandwiched between the horn line and a parked car, riding the rope that defines the club’s sacred dance floor, sneaking in to catch the frenetic buckjumping style that matches New Orleans contemporary brass band music. In a city that’s 300 years old, Sunday Second Lines nod to the past but embrace the present, dancing along that thin line where tradition thrives, four hours of unbridled jubilation at a time.

Listen to a second line playlist curated by Pableaux Johnson and preview photographs. Then join us (rain, Hurricane Dorian, or shine) TONIGHT, Thursday, September 5 at 5:30 PM, for the opening reception of “New Orleans Second Line Parades,” on view through December 2019 at the Center for the Study of the American South. 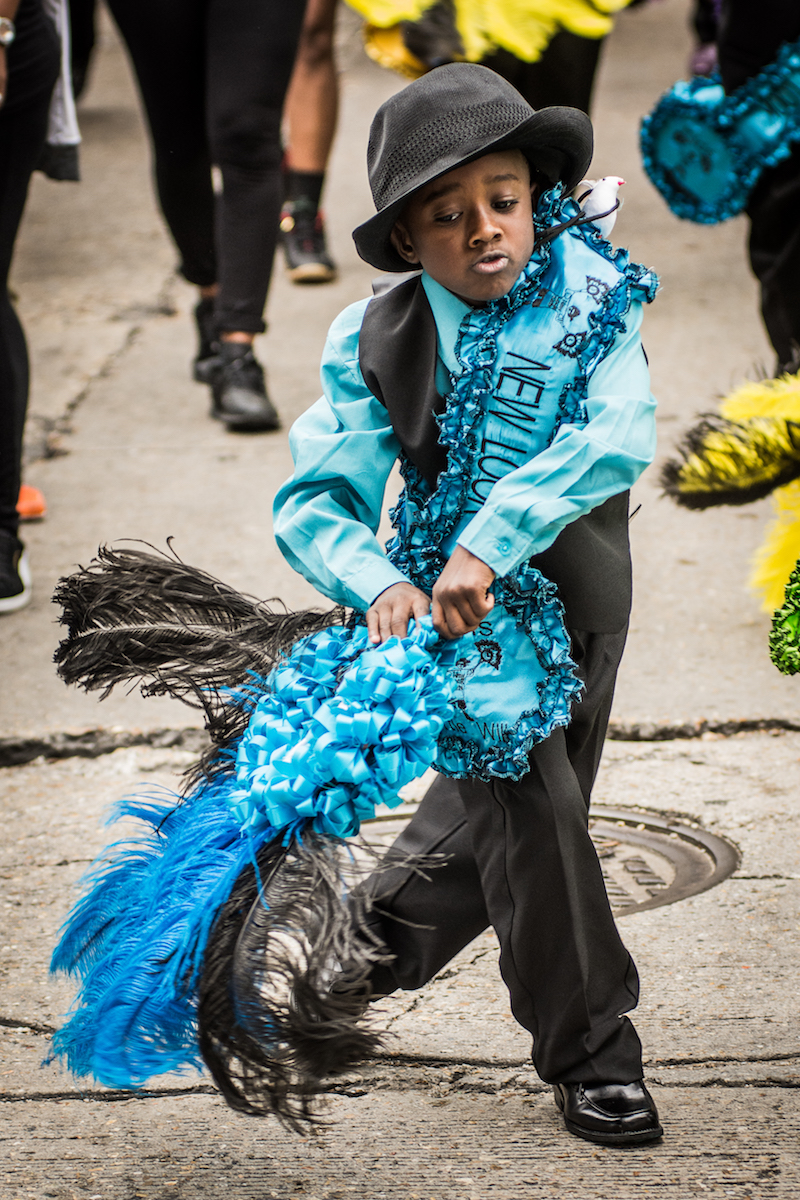 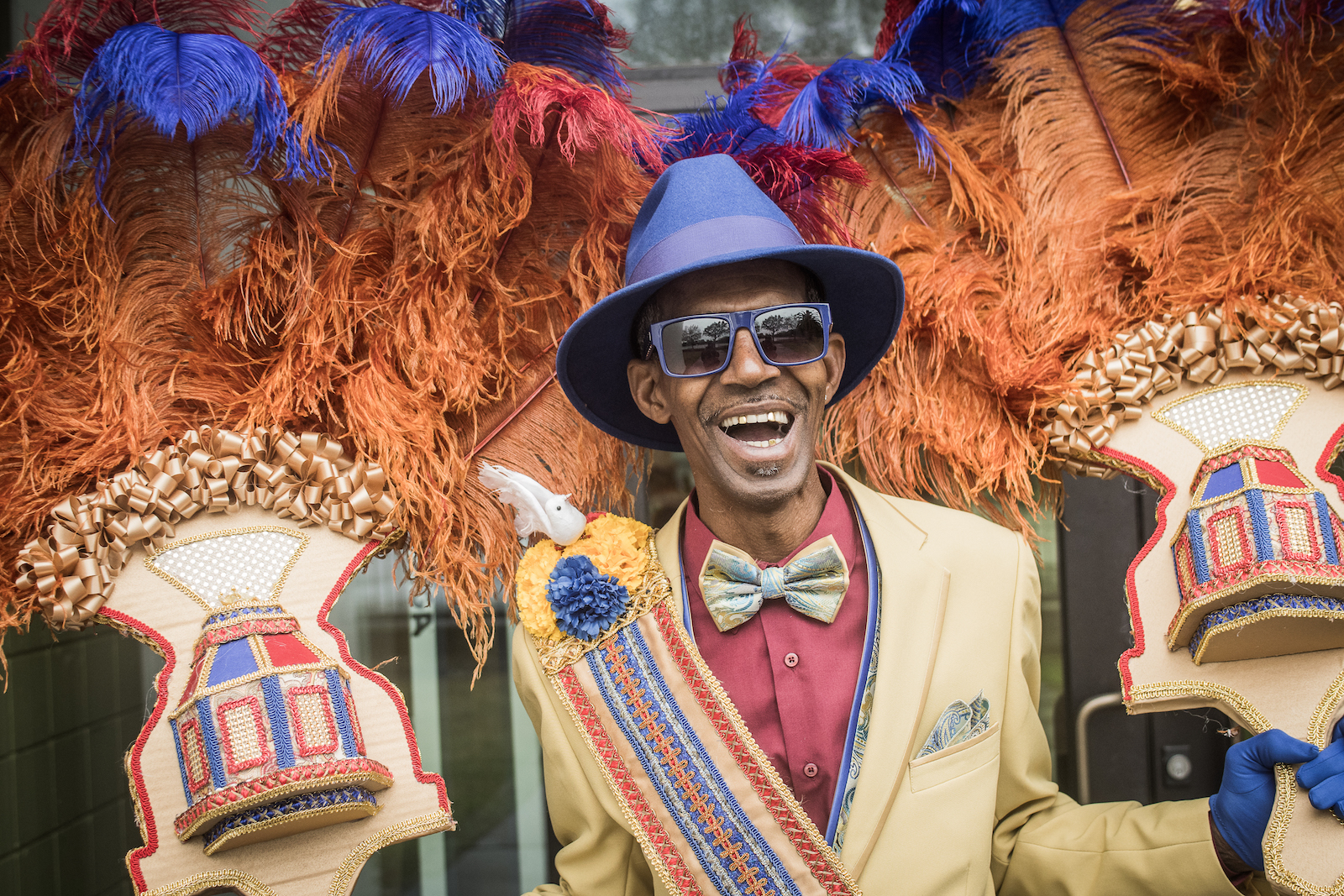 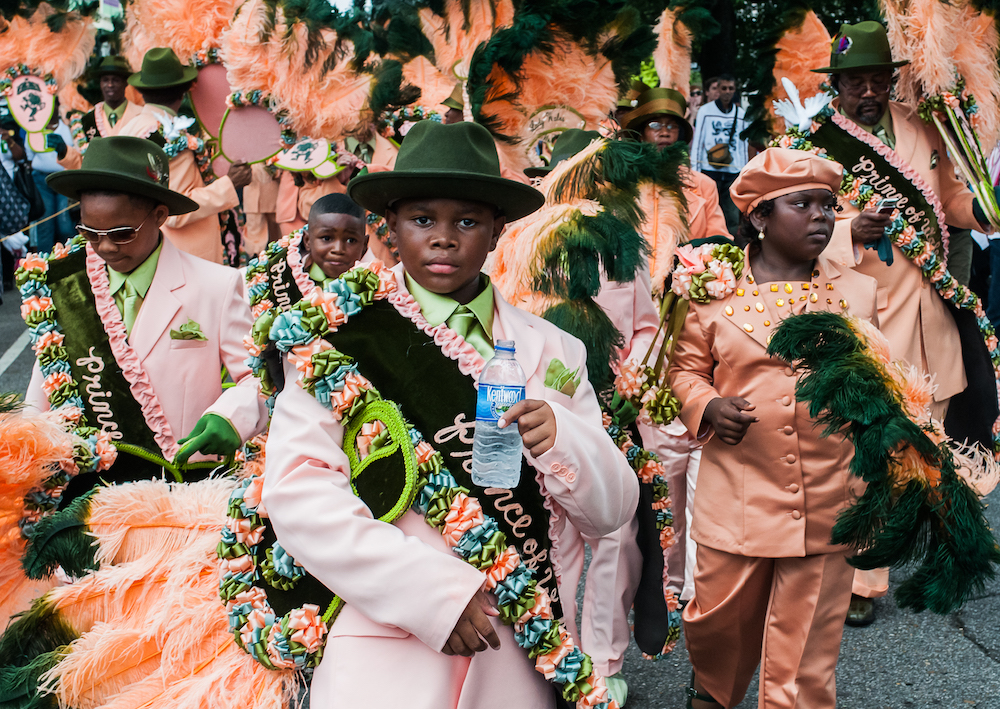 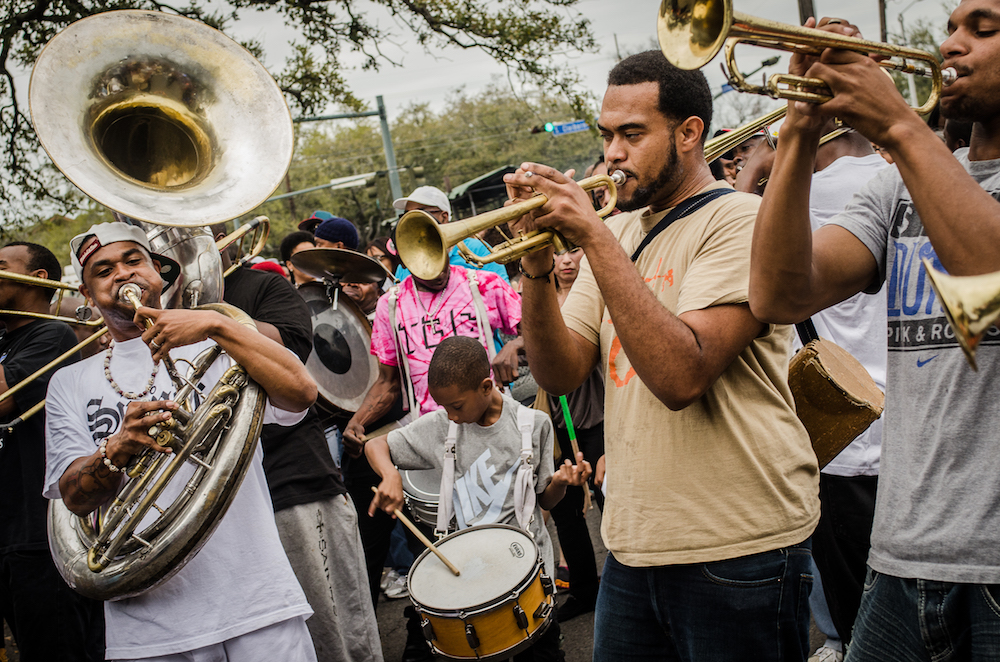 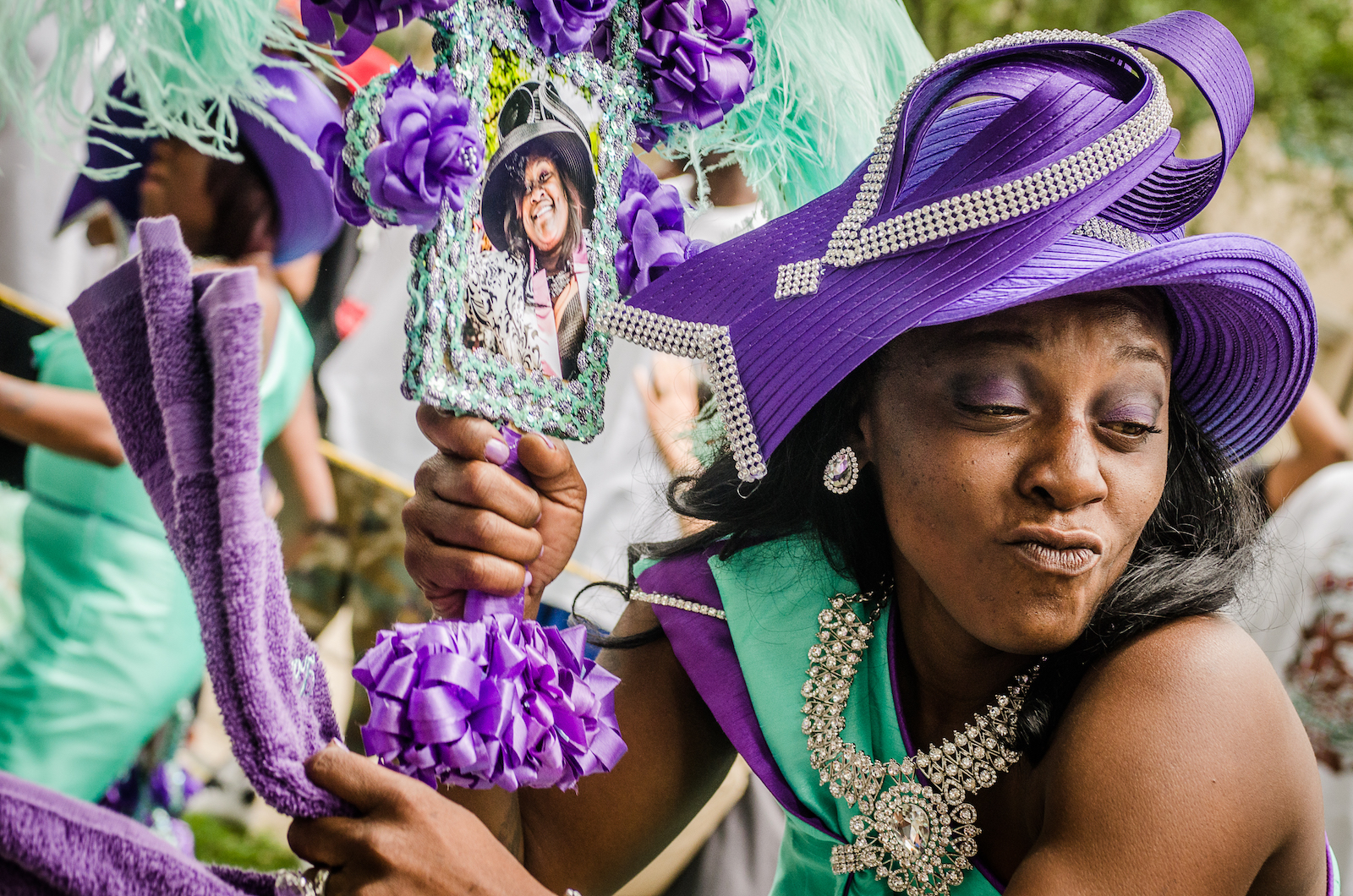 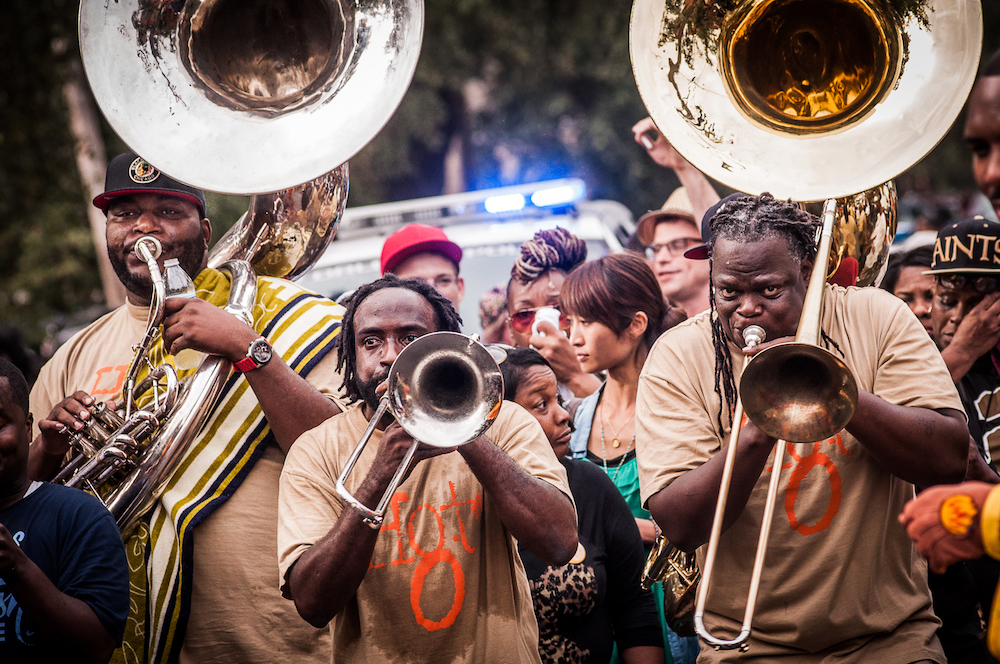 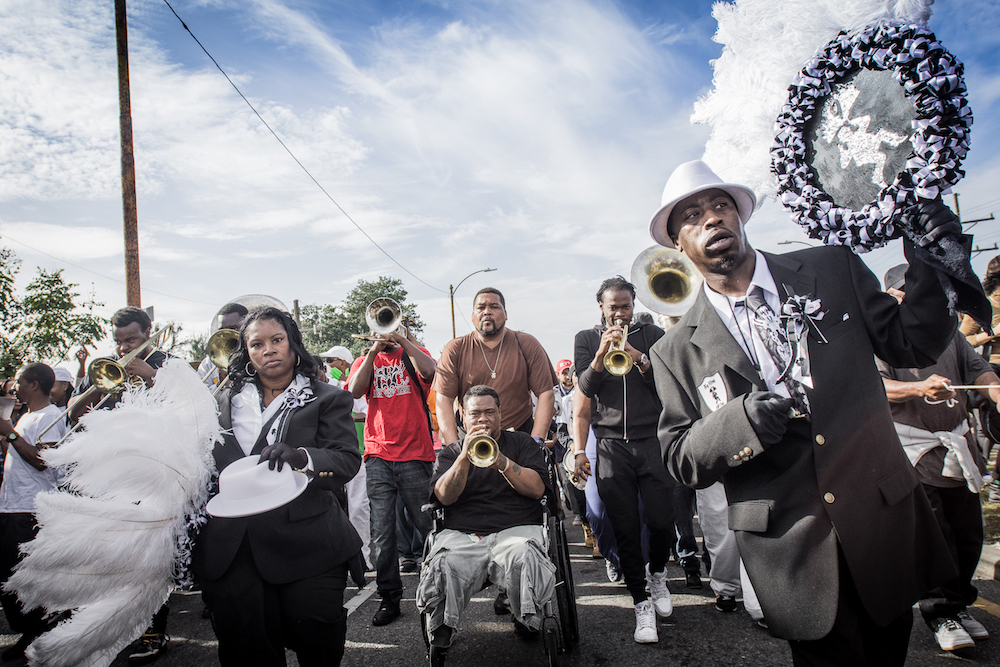 Sundays in the Streets

“Nice to Meet You, Three, Four”: New Orleans Musicians and the Attractions of Community