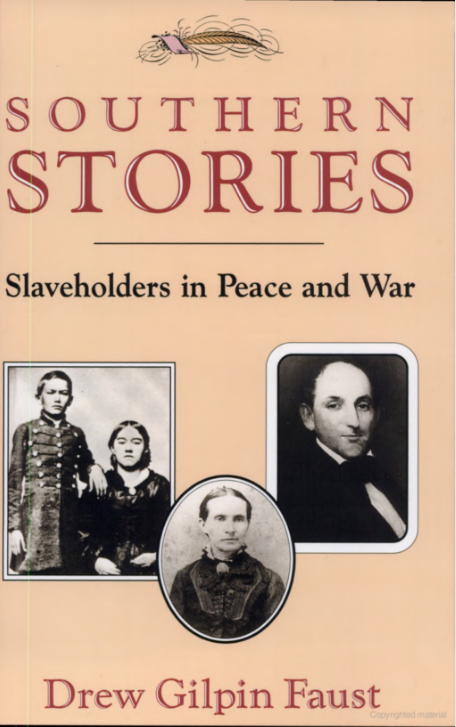 Southern Stories, a collection of ten essays published over the past fifteen years, provides a dazzling platform for the elegant skills of Professor Faust in intellectual and cultural history. Evenly balanced in their treatment of the antebellum and Civil War South and the gendered realities of men and women, the essays are united by their concern “with how members of a slaveholding society made sense out of a world that seems to us in the twentieth century to make very little sense at all.” Southern whites tried to make sense of themselves and their world through the stories they told and acted out. Some of these stories were collective ones in which plots were shaped by cultural assumptions and prescriptions intended to define and legitimate socially acceptable beliefs and behavior. For example, the proslavery ideology that matured in the 1830s in response to abolitionist attacks from outside the South became a vehicle for explaining and justifying slavery to whites within the South. By insisting that both the Old and New Testaments offered irrefutable proof of God’s sanctioning of slavery, proslavery ideologues transformed slavery into a positive good and slaveholding into an act of Christian benevolence. The masterslave relationship, far from being evidence of southern depravity and barbarism, was enshrined as a model of evangelical stewardship in which Christian masters provided care, protection, and religious instruction to their bondservants.