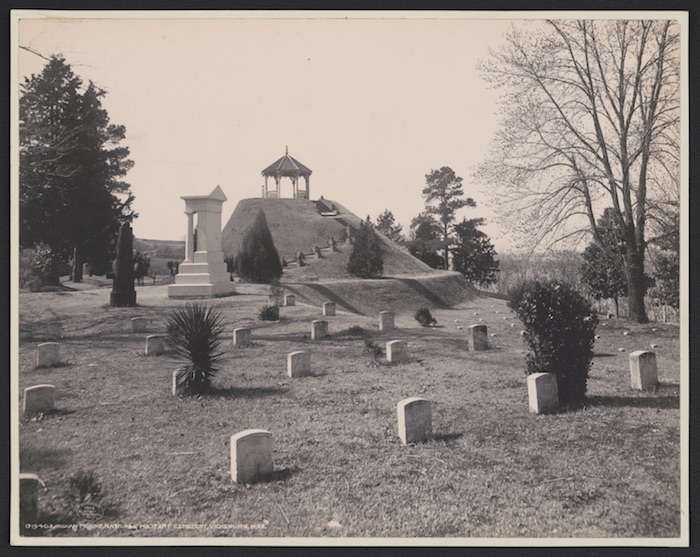 “That these ancient mounds have stood firm despite millennia of extreme weather, erosion, and, occasionally, looters’ dynamite is a testament to the builders’ skill.”

With the snap of the last stick came the end of the broken days and the beginning of Green Corn, a ceremony connecting Muscogee Creeks to their ancestors and purifying them for the year ahead. Families from nearby villages had crafted special ceremonial pottery, woven new cane mats, and harvested the first of that season’s corn. They traveled to the closest ceremonial center—in this case, Tuckabatchee, thirty miles east of present-day Montgomery, Alabama. Festivities centered around the square ground, a central plaza flanked by public buildings as well as a high mound. By the time the villagers arrived, religious leaders had already removed the top layer of soil from the square ground and deposited it atop the high mound. The headmen then placed a fresh layer of earth on the square ground, admonishing anyone who came too close before the ceremonies began. Cries from the lead singers silenced the crowd as solemn headmen, one by one, sipped Black Drink, a tea made from roasted leaves of the yaupon holly, and vomited, purging themselves of impurities. Finally, the mekko (or chief) welcomed those assembled, reminding the crowd of the history of the Green Corn Ceremony—its power to foster both return to their sacred past and renewal of the world through purification ceremonies. Over the next few days, the people donned new clothes, danced, camped with kin, told stories, danced again, and feasted on a fresh harvest of green corn. The mound at Tuckabatchee grew slightly higher, marking a new year for Muscogee people. By the Gregorian calendar, the ceremony took place in the summer of 1835.1