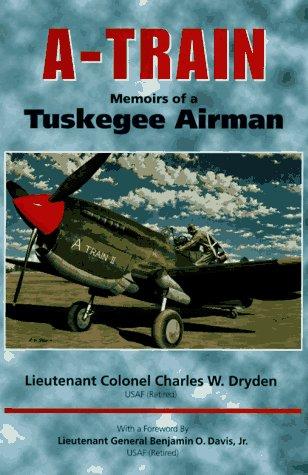 by Jill Snider
Southern Cultures, Vol. 4, No. 4: The South in the World

In his preface, Charles W. Dryden, a pilot with the famed 99th Fighter Squadron of World War II, characterizes his memoir as a historical drama. It is not, however, the enemy in the air that occupies center stage in A-Train. Dryden’s story line, he asserts, is the Tuskegee Experiment and his villain Jim Crow. The “Tuskegee Experiment” (as many dubbed the Army Air Corps program established in 1941 to train black pilots) symbolizes for Dryden the most important battle in his life, that against segregation and bigotry. Writing over fifty years after his training as a Tuskegee cadet and his baptism by fire over the Mediterranean in 1943, he divides his book into two sections- Before Desegregation (of the Air Force in 1949) and After Desegregation. Only partly an account of his war experience, Dryden’s book is better described as one man’s chronicle of the struggle against racism in the American military.