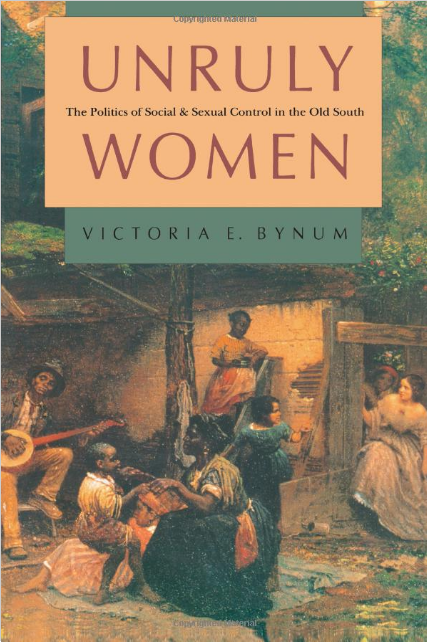 Unruly Women: The Politics of Social and Sexual Control in the Old South by Victoria E. Bynum (University of North Carolina Press, 1992)

When Jefferson Davis published his hefty history of the Confederate government in 1881, he dedicated it to the “WOMEN OF THE CONFEDERACY,” praising their services as nurses, their “domestic labors,” their “faith,” their “fortitude,” and their “patriotism.” Such tributes were legion in southern letters, having first appeared about ten minutes after the firing on Fort Sumter and later gaining wide circulation as a fixture in the veneration of the Lost Cause. Like its companion image, that of the faithful old-time servant, the image of the Confederate angel provided assurances that the southern people had been united in battle and noble in purpose. Unlike the image of the faithful servant, however, the Confederate angel was absorbed into modern scholarship and is still with us.