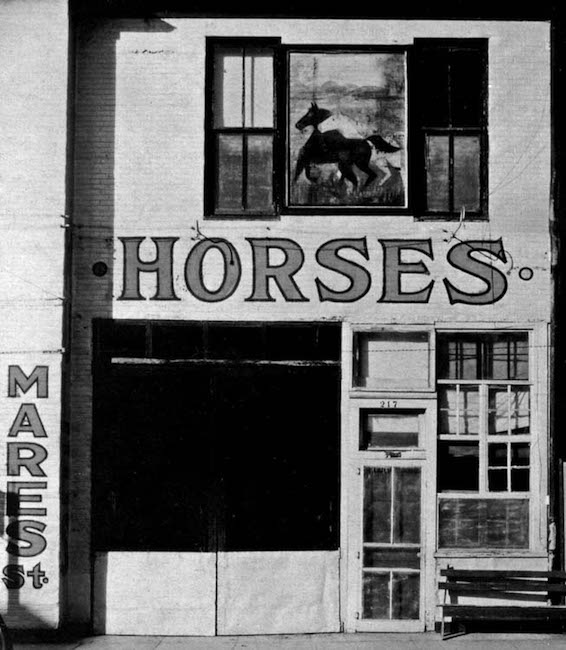 In 1935 Walker Evans photographed the Ray Lum livestock barn (here) in Natchez, Mississippi, photo courtesy of the Collections of the Library of Congress.

"I approach these things as a moralist, really, because honesty and truth are moral values, but beauty is something else. And it's a word that should be used damn carefully."

Few books have touched me so deeply as Let Us Now Praise Famous Men (1941). I first read it as an undergraduate student at Davidson College in the early sixties and was struck by both James Agee’s prose and Walker Evans’s photographs. Encountering their portrait of white sharecroppers in Hale County, Alabama, was an epiphany. They captured stark poverty through Agee’s eloquent prose and Evans’s striking photography in a work that was both shocking and beautiful.

A decade later, in the fall of 1972, I began teaching in the American and Afro-American Studies Programs at Yale University and learned that Walker Evans had recently retired from a teaching post there and lived nearby. Shortly after moving to New Haven, I met Walker in the home of our mutual friend Alan Trachtenberg, who was chairman of the American Studies Program. Alan’s daughter Lizzie asked me to photograph her with Walker, and I snapped several shots with her camera.

Thus began a treasured friendship. In future visits with Walker we spoke about his love for the American South and about the photographs he had made in my hometown of Vicksburg, Mississippi. There he captured street scenes and Civil War monuments in the Vicksburg National Military Park.