Photography, Interiority, and the Spiritual Church Movement in the Work of Gordon Parks 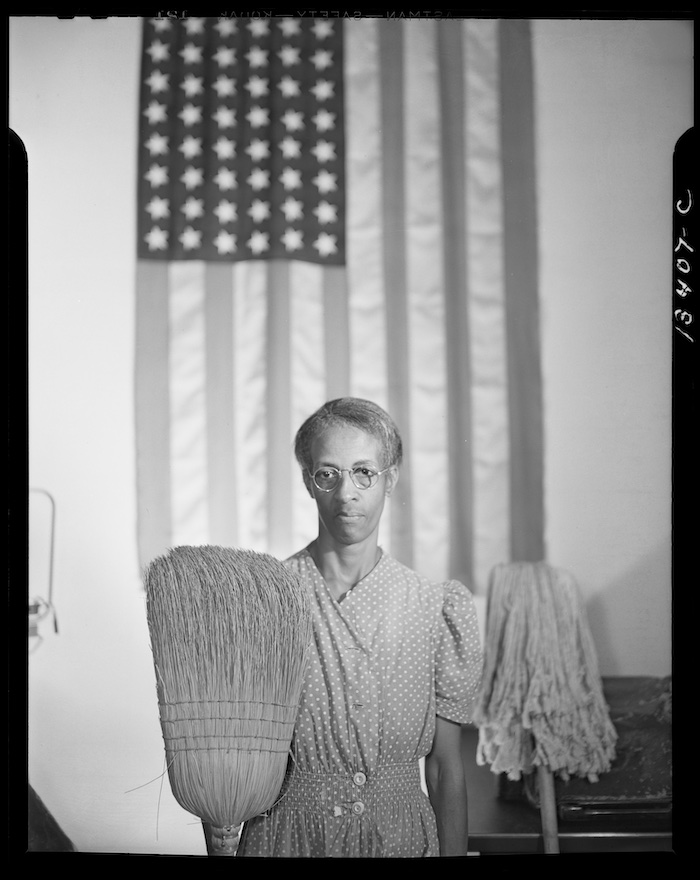 Photography, Interiority, and the Spiritual Church Movement in the Work of Gordon Parks

“The photographs render the walls of the sanctuary permeable, so much so that by sitting with the images and following Watson’s and Parks’s paths through them, we too find ourselves on holy ground.”

In 1942, Ms. Ella Watson of Washington, DC, spent her summer nights in the halls of the nation’s capital, where she had been working for twenty-six years. The government charwoman went to work at 5:30 p.m. in federal buildings, cleaning floors, toilets, and such, then heading home by 2:30 a.m. On one of these nights, she found herself entertaining a conversation with Gordon Parks, who had recently come to DC from the Midwest. The young, self-taught fashion photographer came to the capital to work with the Farm Security Administration and the team of photographers who documented American life from the outskirts and the underside. His mission was to expose discrimination and bigotry with his camera. He’d been discussing these matters with his director for weeks, but on this night, the director sent him over to Watson. He pointed, “Go have a talk with her … see what she has to say about life and things.” He was a stranger, but she told him some of her story anyway: familial loss and love, strong faith. The portrait that came of this conversation was dignified, and honored Watson’s presence: her work as a laborer, her resilience as a second-class citizen in a landscape of inequality. However, when Parks followed her outside into the movements of her daily life and the spirit of her surroundings, he shifted to a new register of seeing. Rather than fixate his camera on the bigotry Black communities faced in Washington, DC, Parks used his lens to show how Watson, her family, her neighborhoods, and her church saw, supported, and affirmed each other.1