“When Trees Are Dying” is a photography project that explores human impacts on forests. Covering 31 percent of world’s land surface, forests are major carbon sinks and remain one of the  most critical ecosystems to preserve. Key to biodiversity, forests are also crucial for water and oxygen supplies, food production, livelihoods, and mitigating the effects of  climate change. Still, deforestation and degradation continue at alarming rates, which, alongside higher levels of carbon dioxide in the atmosphere, lead to increasing average and extreme temperatures across the globe.1

I used specific photographic processes to represent different impacts. To invoke warming, I used solarizing prints in the darkroom. For drought, I employed solarized prints that I then roasted  in a kiln. Sea level rise was represented by mirroring gelatin silver prints; and saltwater intrusion by adding sea salt from the North Carolina coast. The resulting photographs are presented as an installation in both color and black and white.

The process of photography itself creates a plethora of carbon emissions, including traveling to locations, shipping materials, and employing supplies such as paper and darkroom chemicals. With this in mind, I tried to stay local as much as possible to emit as little carbon as I could. The first part of the project was photographed in Massachusetts while I was attending a residency at the Massachusetts Museum of Contemporary Art and while working as a visiting researcher at Harvard  Forest in 2019. The second part of the project was created near my home in North Carolina. 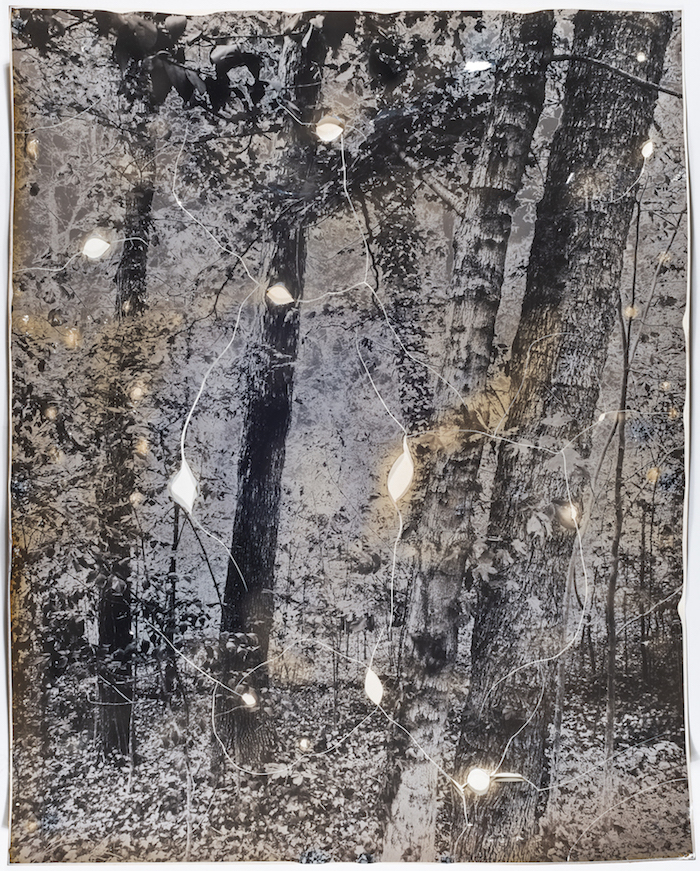 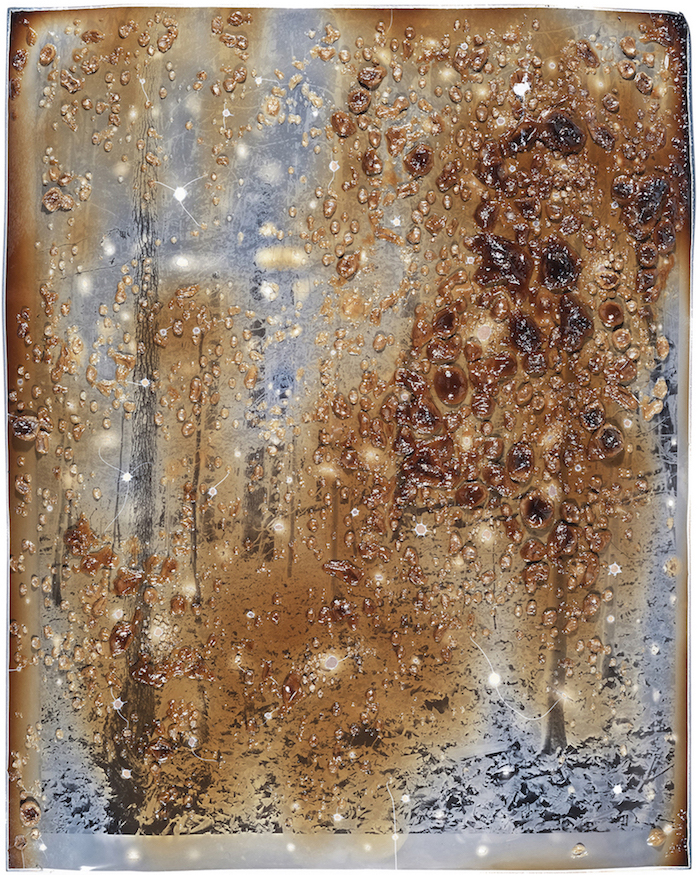 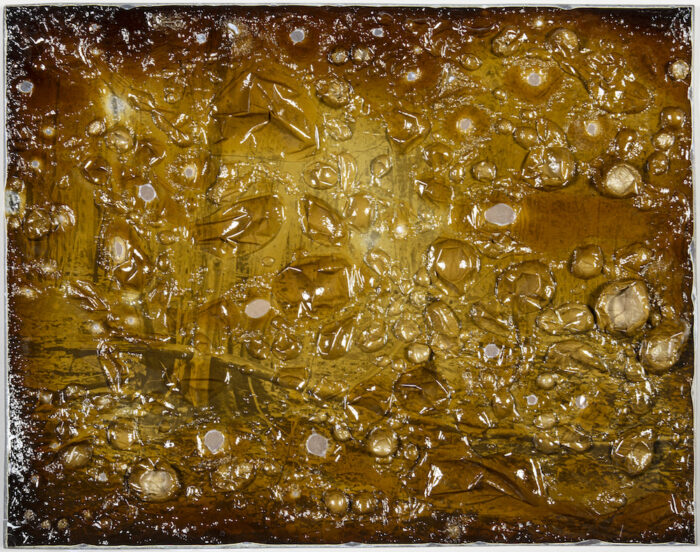 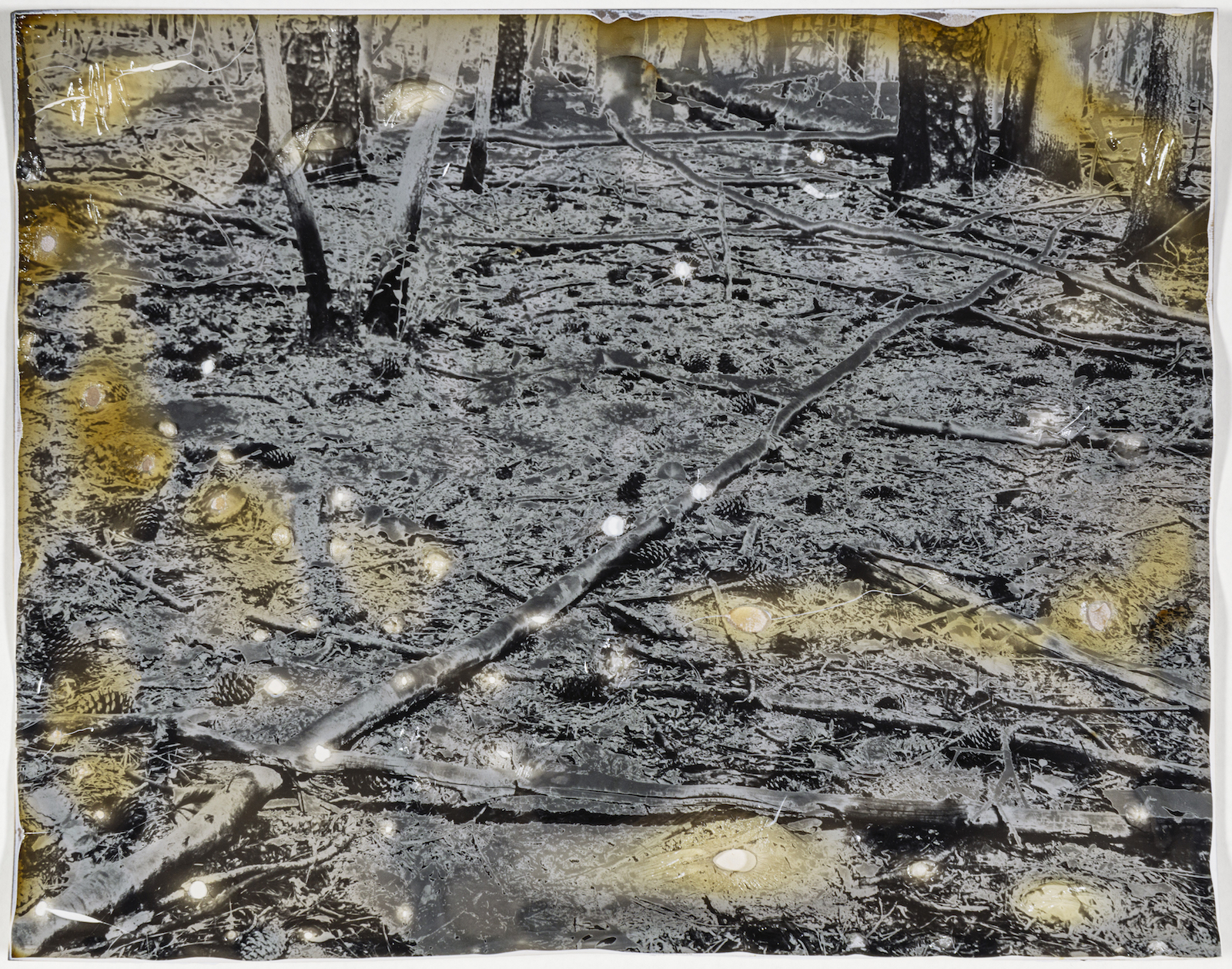 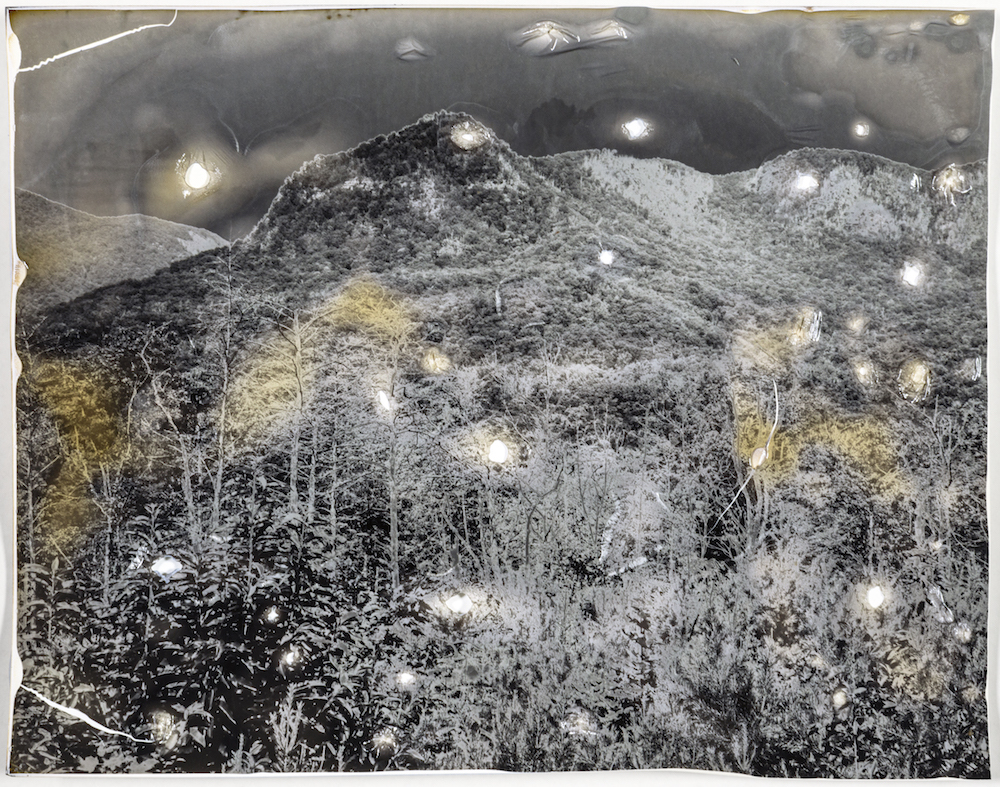 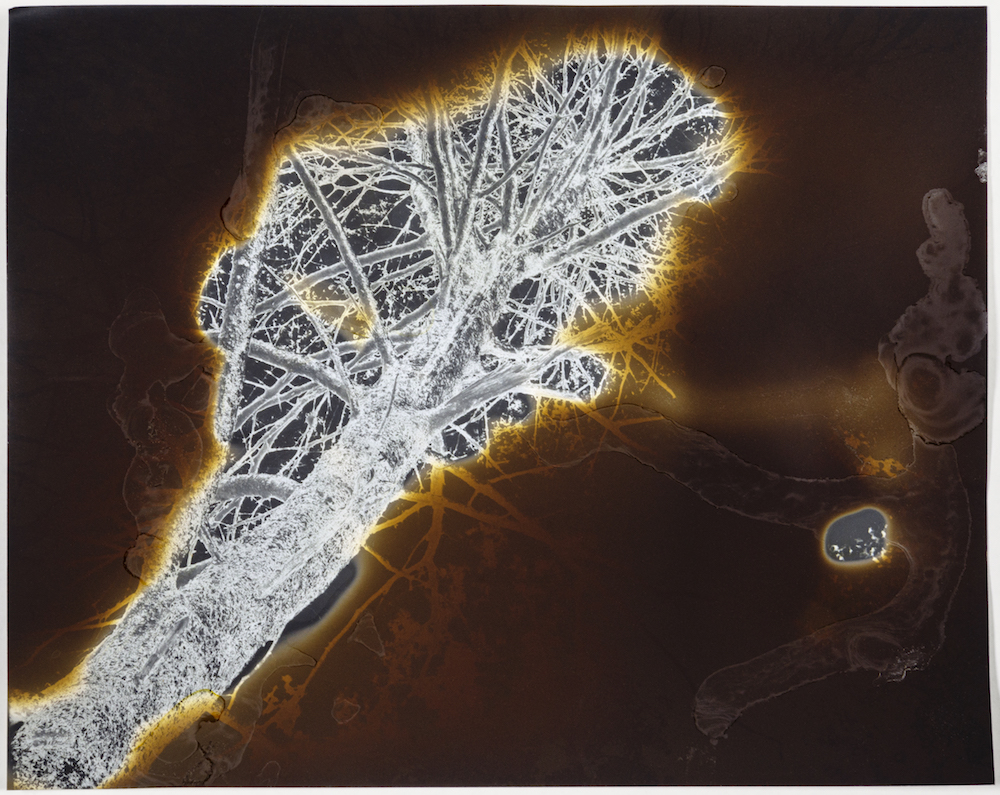 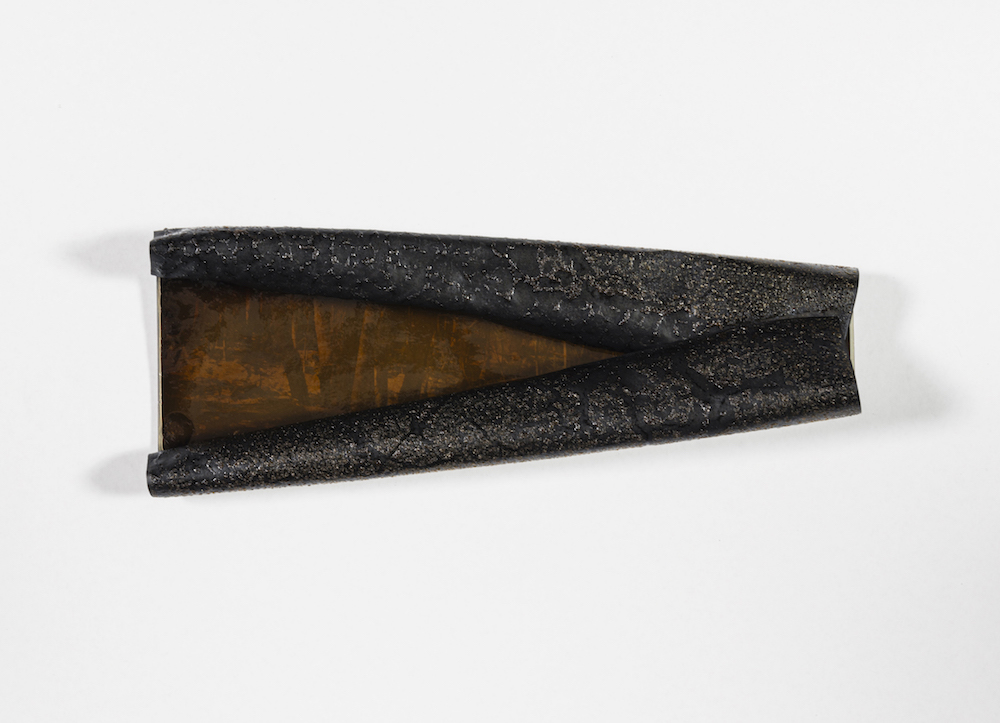 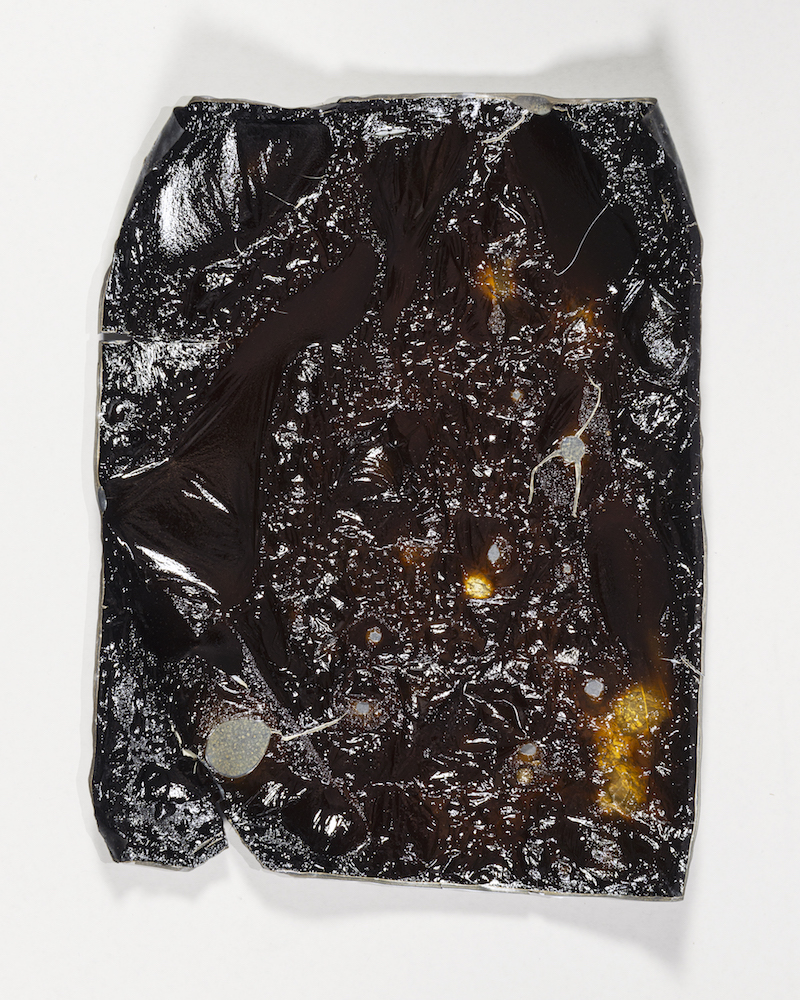 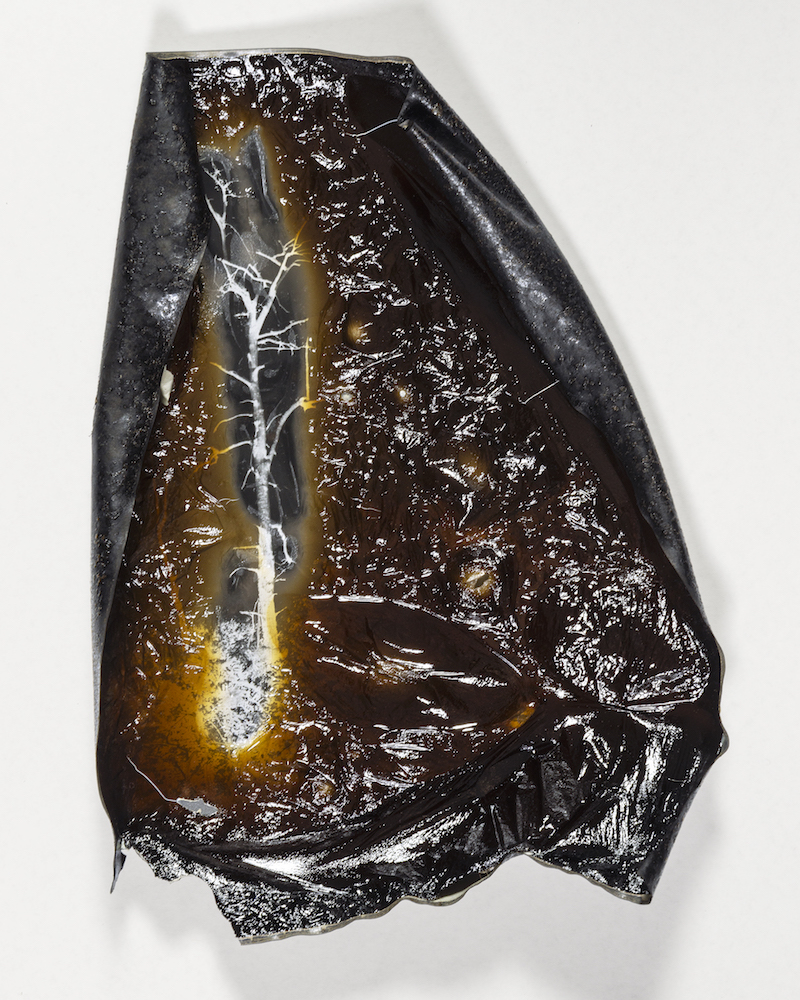 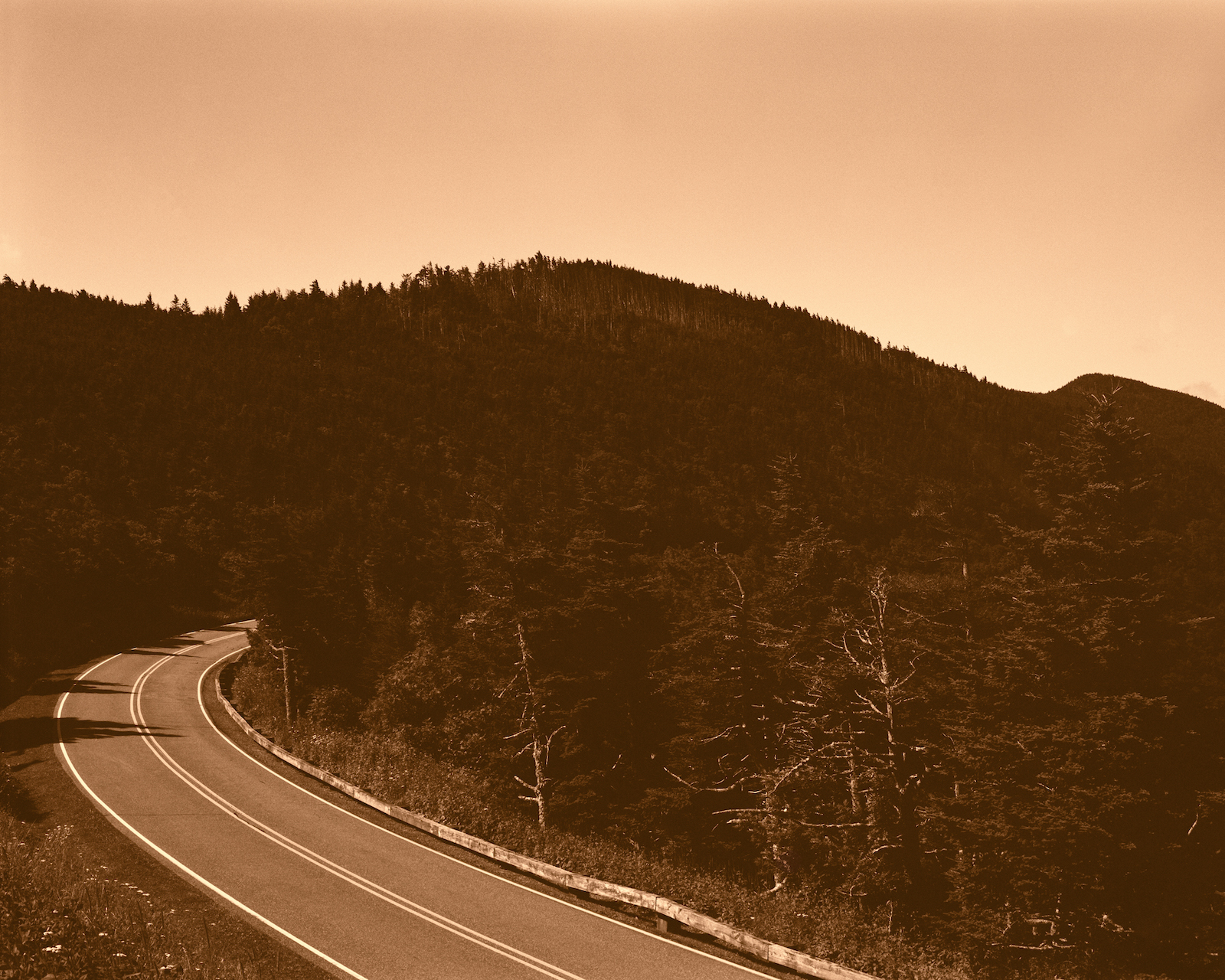 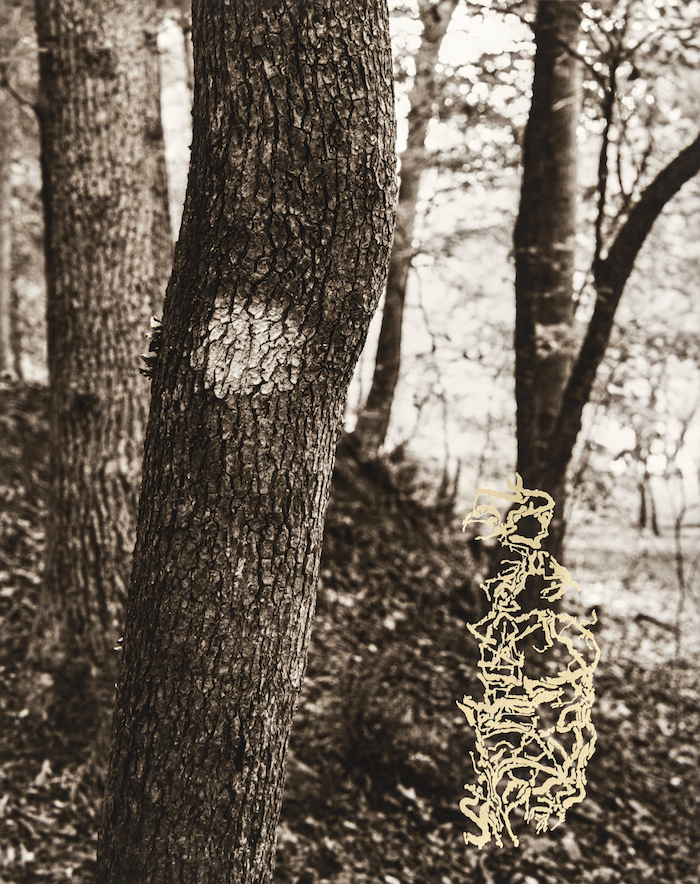 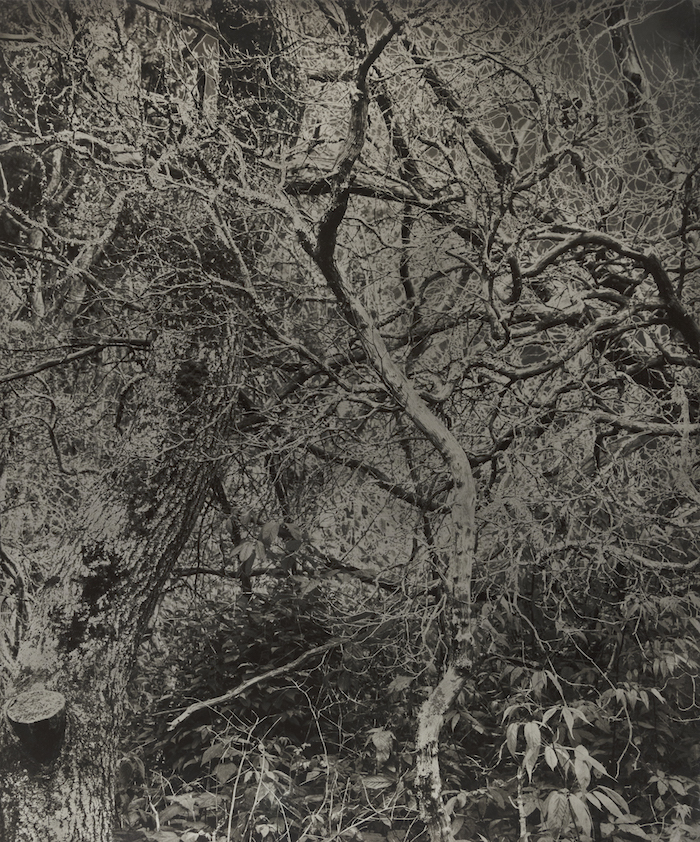 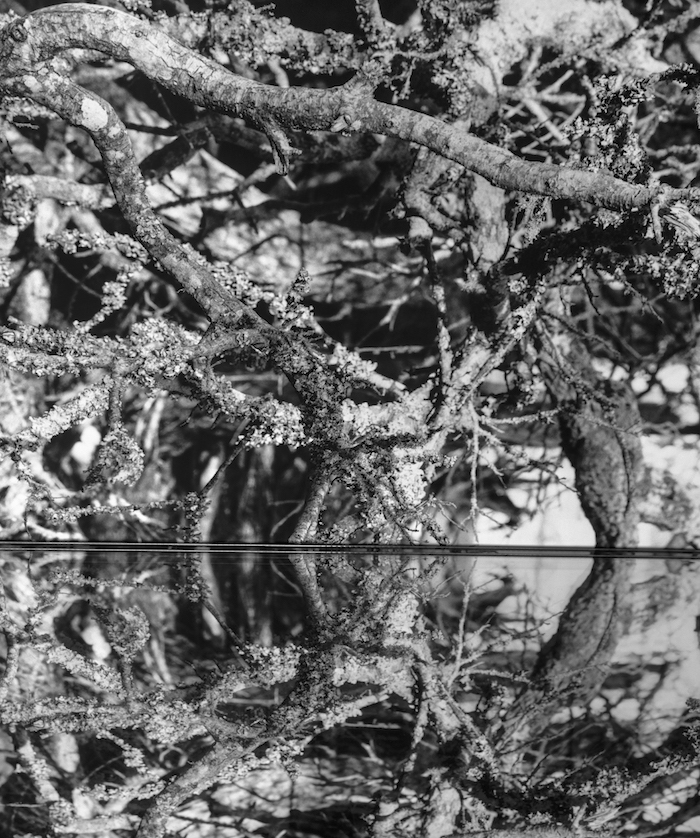 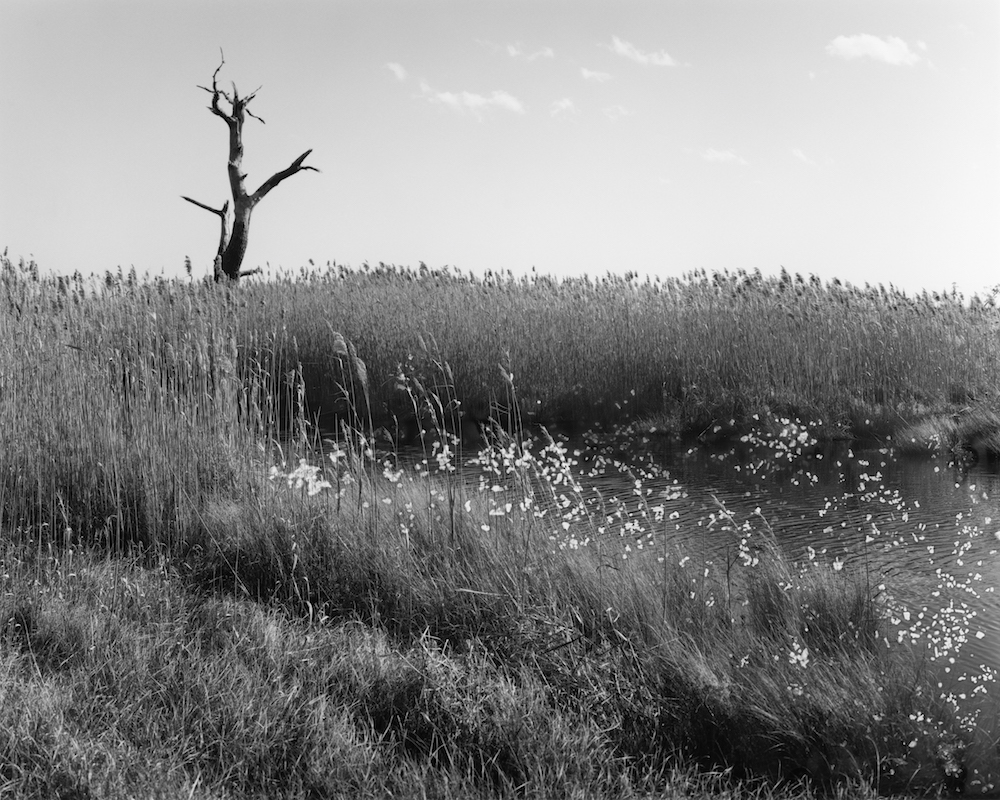 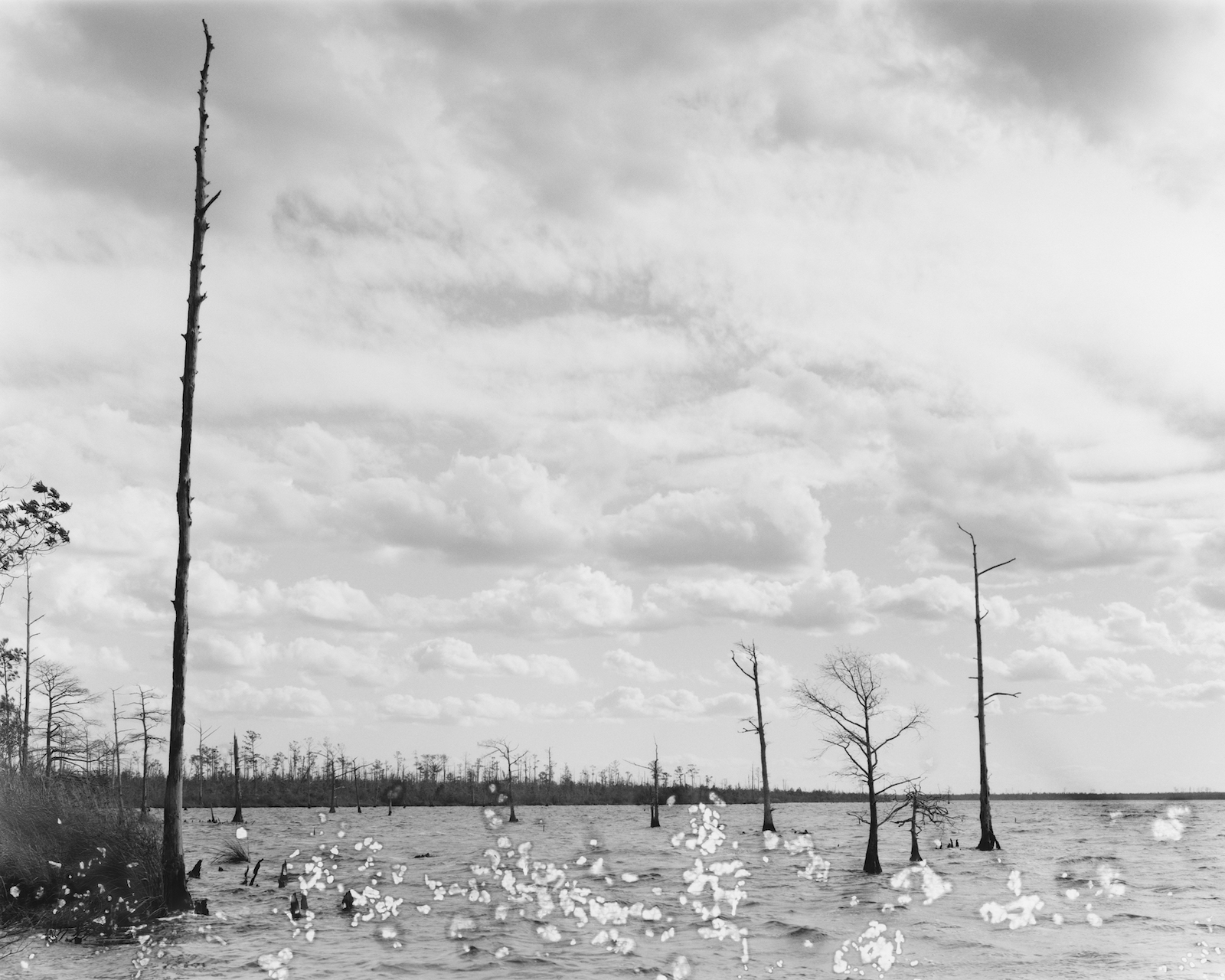 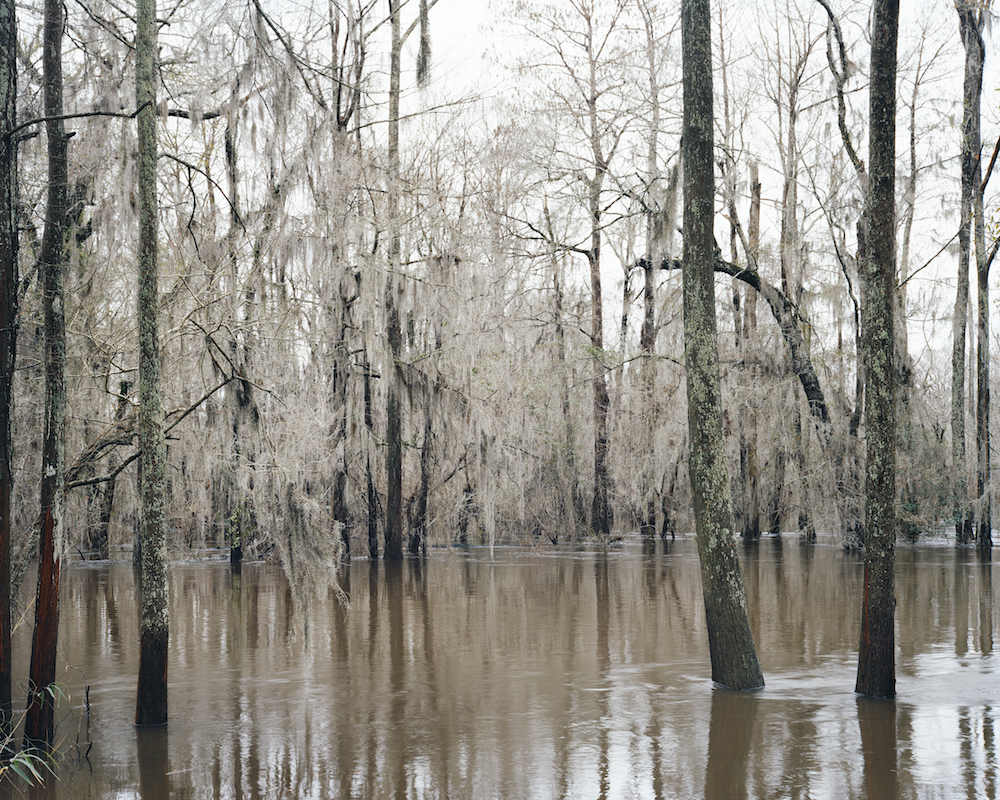 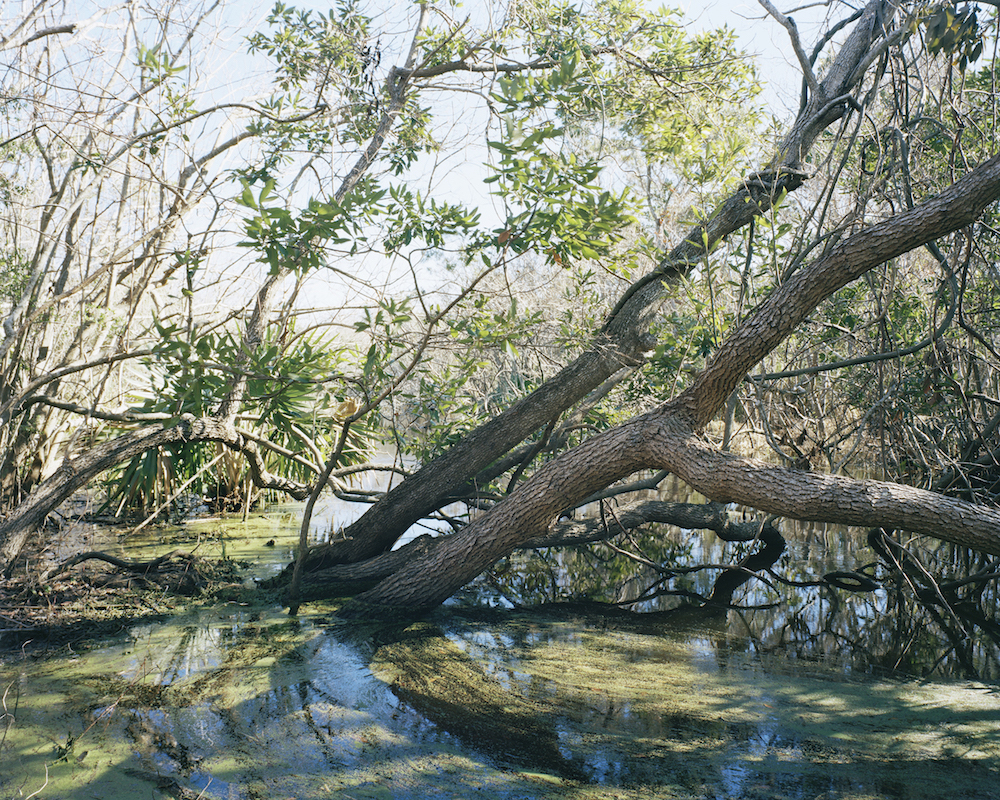 “When Trees Are Dying” is on view at the Tracey Morgan Gallery (Asheville, NC) from June 11–July 24, 2021. An artist talk will be held with Gesche Würfel, Larry Wheeler, and Peter White on June 17 at 7:00 PM via Zoom. RSVP is not necessary but appreciated.

Gesche Würfel lives and works in Chapel Hill, NC. She holds an MFA in Studio Art from UNC Chapel Hill, an MA in Photography and Urban Cultures from Goldsmith’s, University of London, UK, and a diploma of Spatial Planning from the Technical University Dortmund, Germany. Her work has been exhibited at the Tate Modern, the Contemporary Art Museum of Raleigh, the Nasher Museum of Art, Goldsmith’s, and the Massachusetts Institute of Technology, among others. Würfel is the author of Basement Sanctuaries (Schilt Publishing, 2014).

This project was supported by awards from the Office of the Executive Vice Chancellor and Provost, the Institute for the Arts & Humanities, and the Department of Art & Art History, University of North Carolina, Chapel Hill. Carbon emissions were offset through carbonfootprint.com.