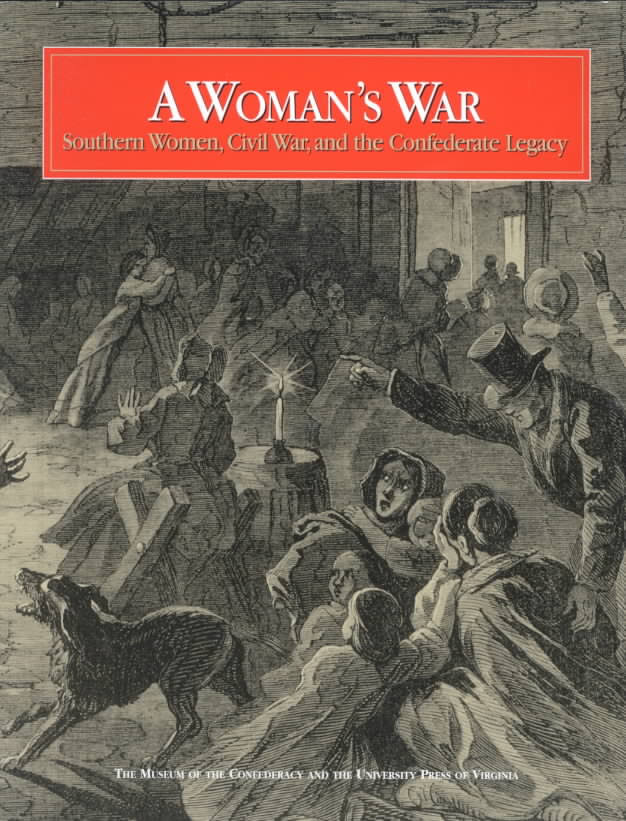 The women who founded what is now known as the Museum of the Confederacy in 1896 had a rule that they almost always adhered to: that while they would work endlessly to preserve the memory of the Confederate Cause and the men who fought for it, they would allow no pictures of the Confederate women, and certainly none of themselves, to be hung on the walls of the museum in commemoration of their own contributions to the war and its remembrance. In their centennial exhibit and accompanying text, A Woman’s War: Southern Women, Civil War, and the Confederate Legacy, the current administration of the museum has chosen to break with this aspect of Confederate Memorial Tradition. They put together an exhibit and commissioned historical essays that present the Civil War as a woman’s war, and not only as the war of the elite white women, such as those who founded the museum, but as a war of the common women of the South, both white and black, as well. This was an ambitious undertaking and, as the director of the museum, Robin Edward Reed, notes in his introduction, a potentially controversial one. The result is a volume of insightful essays, which through their varied approaches to the Civil War as a woman’s war, do indeed confront controversial issues of race, class, and gender in ways that move the entire field forward.