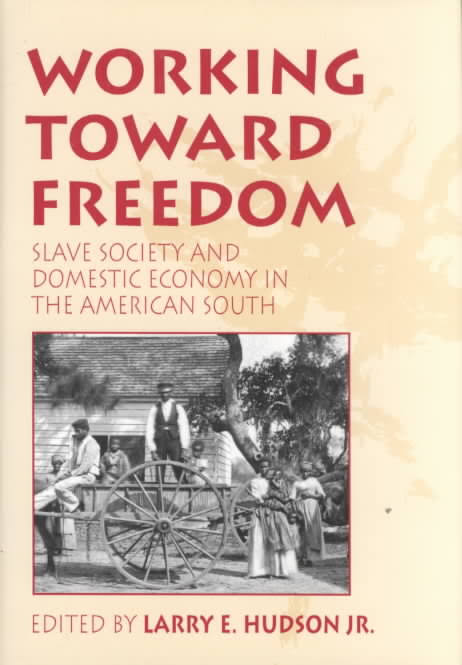 Working Toward Freedom: Slave Society and Domestic Economy in the American South

by LeeAnn Whites
Southern Cultures, Vol. 3, No. 3: Sports in the South

Over the years much ink has been spilled by historians over the question of whether southern planters were precapitalist by virtue of their ownership of slaves or consummate capitalists by virtue of their production of staple crops for a world market. Some historians have suggested that perhaps this was not an “either/or” proposition so much as an uneasy balance that planters managed to maintain between their immersion in the “external” world of the capitalist market and the “internal” world of the slaveholding household. What has been singularly lacking in this discussion, however, is any recognition of the contribution that the laves’ independent participation in the formal market economy might have made to the tenuousness if this balance. On the whole, the relationship between the master and slave has been assumed to represent the strongest basis for the precapitalist grounding of the slave plantation system. Two recent books, however, suggest something different. Working Toward Freedom, edited by Larry E. Hudson Jr., and Men’s Work, Women’s Work, by Betty Wood, present evidence that suggests that rather than acting as the material moorings for an alternative ethos to the capitalist market economy, the slaves were actually a driving force for the development of formal market connections and thus for the market values that arose within the plantation household itself.