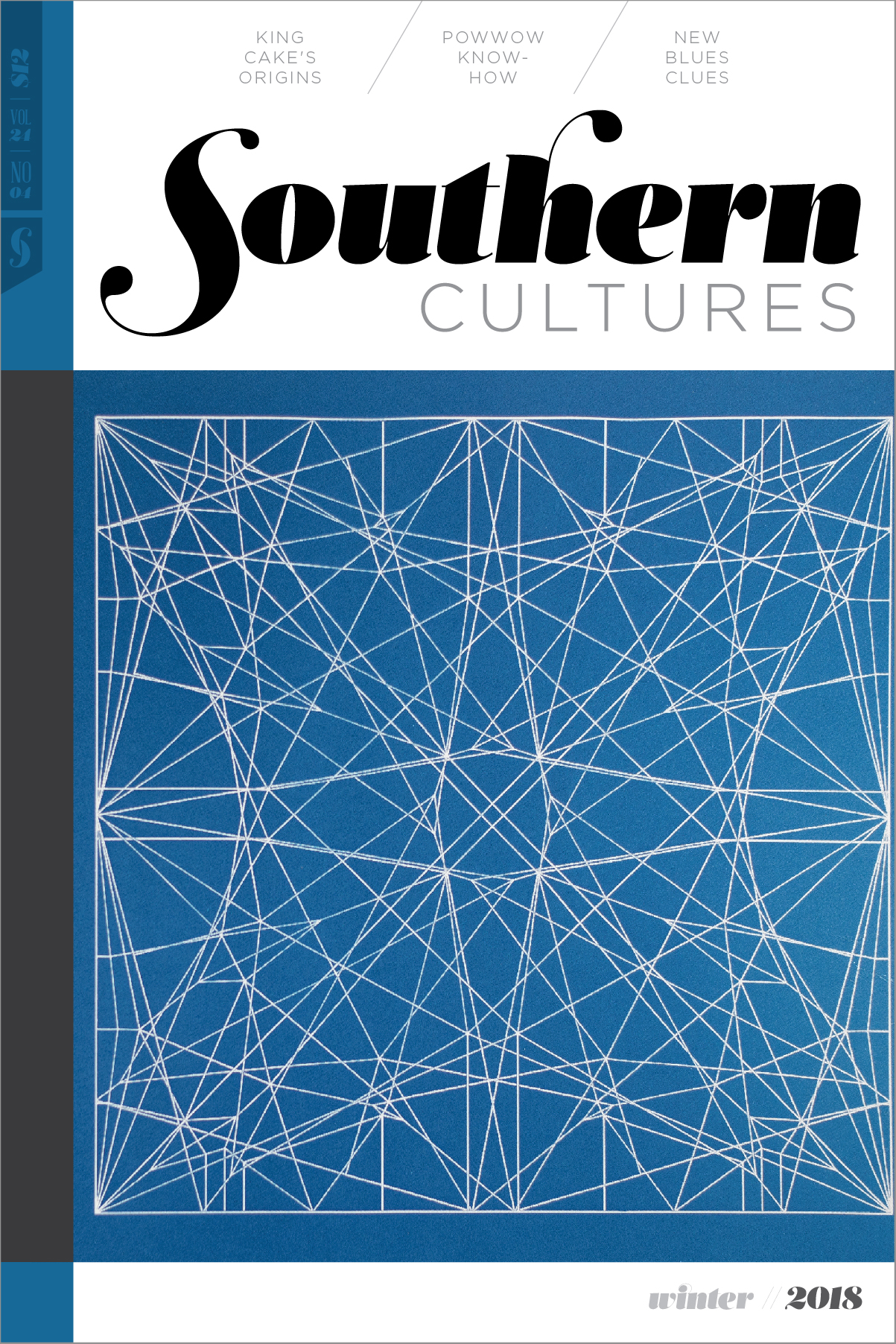 Cozy up with our new winter issue.

“All the South’s cultural strands have continuity with whatever came before, and all of them have changed to meet new conditions. That’s how we can recognize something called the South from one generation to another.”

“‘Sometimes it seems like the entire repertoire of New Orleans cuisine is reduced to king cake and beer during Mardi Gras season.’”

“‘All photographic imagery documents a moment gone—and I think much of my work is interested in that going, what is here and how it drifts to that gone place.’” —Tom Rankin

W. C. Handy and the “Birth” of the Blues

This article has been condensed from a longer essay that first appeared in the Winter 2018 Issue. Access the entire essay via Project Muse (link below).

“There were cool buildings everywhere, too, all over, and they lit up beautifully in the light . . . The things had personality, their own special kind of dead life, so what did I do? I photographed them.”

Race and Reconciliation on the Gulf & Ship Island Railroad

“A line of hope for some, the Gulf & Ship Island Railroad became, for others, a legendary site of death and cruelty, a place where modernization and opportunity clashed with archaic traditions and racial oppression.”

by Délana R. A. Dameron

“A hand-cupped ear, he is looking to tune her voice to the right frequency.”