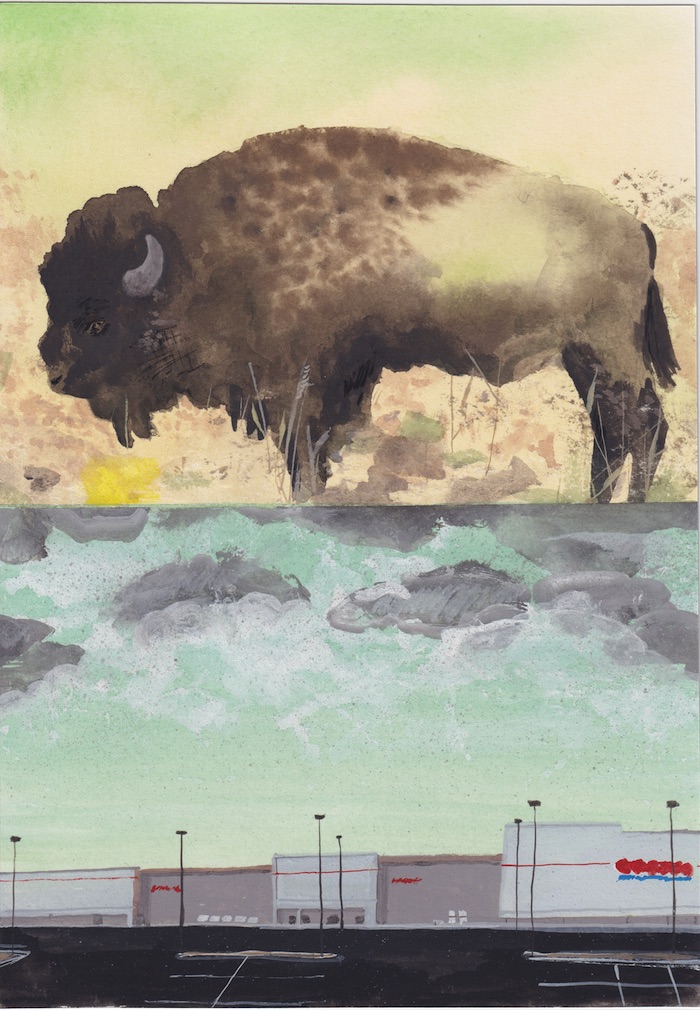 The Ishak, an Indigenous Nation of Louisiana and Texas, traditionally hunted bison, called the “grass things” in our traditional language. The French memoirst Louis de Milford recounts a visit with an Ishak party on a bison hunt on the prairies of southwest Louisiana in the late 1700s. A century later, an Ishak woman giving a narrative of traditional Ishak foodways to anthropologist Samual Gatschet fails to mention bison at all. By that time, wild bison were extinct in Louisiana. In this essay, the loss of bison culture for the Ishak and an ancestral longing for its return are explored by a contemporary member of the tribe.