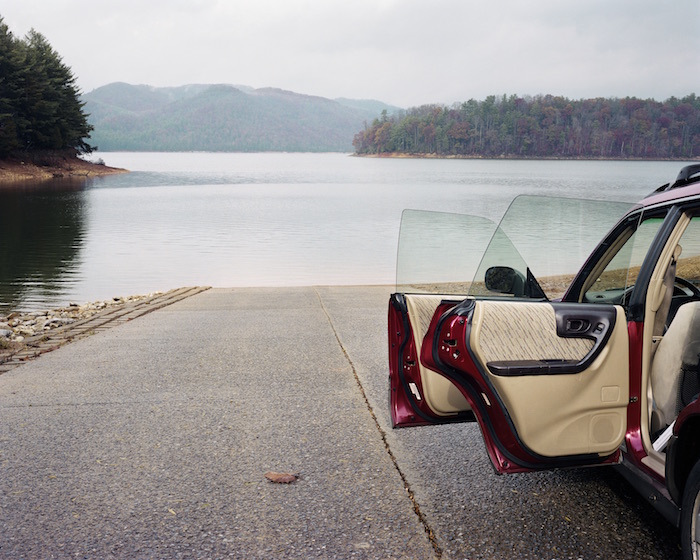 John Lusk Hathaway's photographic project One Foot in Eden takes as its subject the Cherokee National Forest and its visitors, who use this place extensively for day tripping and recreation. Largely a rural, undeveloped place, the waterways that appear time and again in Hathaway's explorations are part of a system of reservoirs built by the Tennessee Valley Authority for flood control and hydroelectricity generation a century ago. Built and unbuilt environments in One Foot in Eden speak to bigger questions about our existence as organic beings in a world increasingly given over to the high-modern ideology that drives mammoth undertakings like the TVA. Hathaway's images are suggestive of a deep-seated human need to connect with the world around us, evoking ideas like E. O. Wilson's biophilia.