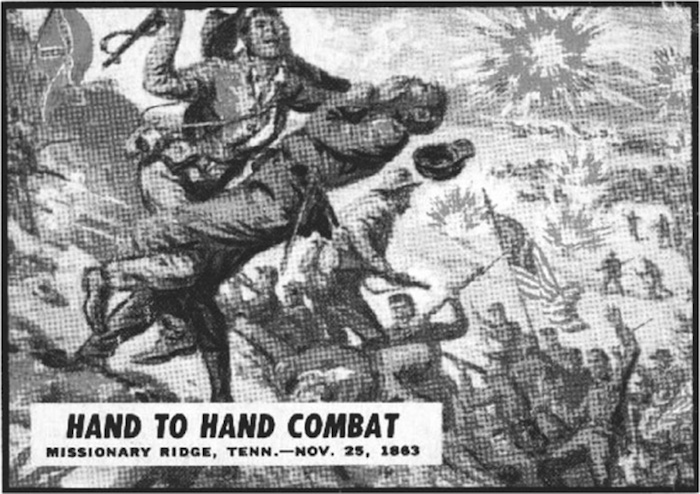 "Civil War News, as the series came to be known, after its gazette-like report on the back of each card, offered images of brutality and mayhem sufficient to satisfy the most demanding boy's bloodlust."

In New York in the early 1960s, when I was still not quite school age, I first learned what it means to collect things. This isn’t to say I became a serious collector, ever on the lookout for objects of desire in mint condition. That kind of exacting expertise seems not to be in my nature. Rather, I found something mass-produced that spoke to me as if designed with my personal delight in mind. The fact that my older brother started collecting the series first only introduced a sharpening note of sibling rivalry. If any other kids collected these cards, they were off my limited radar. As far as I knew, my brother and I divided the world’s spoils between us, subject to our mother’s approval.