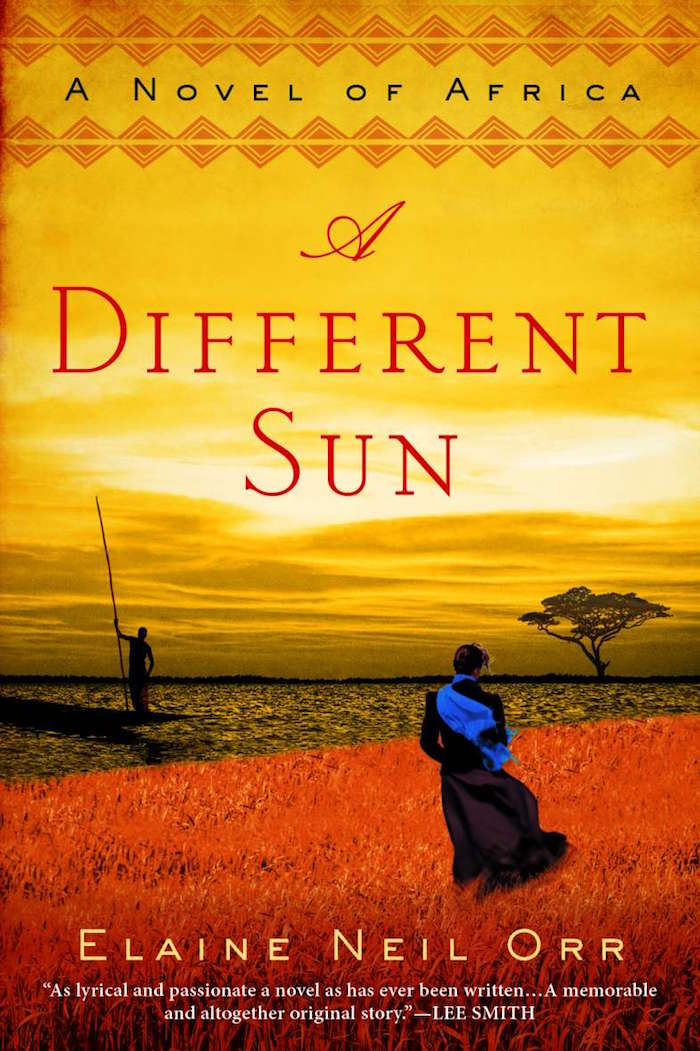 A Different Sun: A Novel of Africa by Elaine Nell Orr (Berkley Books, 2013)

After writing a well-received memoir, Gods of Noonday, about growing up the daughter of Baptist missionaries in Nigeria, Elaine Orr has produced a well-wrought novel about another missionary, this one a century earlier, in West Africa. A Different Sun was “inspired,” Orr writes, by the diary of Lurana Davis Bowen, who served with her husband in Africa, but the “suggestive brevity” of Davis’s writings left plenty of room for Orr’s own imaginative reconstruction. Here we find the story of Emma Davis, the daughter of a well-to-do—and sometimes harsh—Georgia planter, a young woman whose early dreams are stirred by foreign lands and the missionary impulse, who finds her opportunity to serve by marrying a born-again missionary bound for Africa.