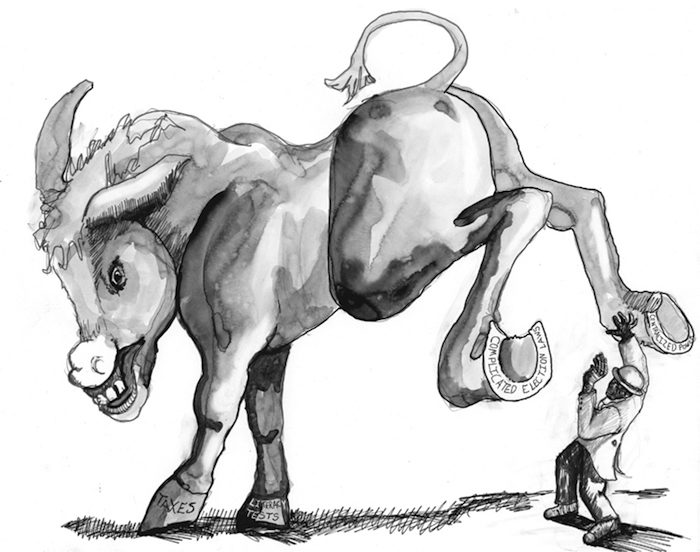 "Simmons, Aycock, and Daniels used their influence, oratorial skills, and the press to create a rape scare, demonize and humiliate black men and women, spread a violent white supremacist ideology, and reclaim the North Carolina Legislature for the Democratic Party."

In the 1890s, the economic fortunes of farmers were dashed when the cotton market collapsed. During this time, the reign of the North Carolina Democratic Party had shown favor to industry and the railroads.1 The cries and grievances of the struggling farmers were ignored. This created an opening for the Populist Party, which was sympathetic to the agricultural sector of the state and thus gaining popularity. The Republicans, seeking to exploit the political momentum to overturn the Democrats, who had ruled the legislature from 1876–1894, formed an uneasy alliance with the Populists in the Fusion Movement in order to gain votes and beat the Democrats. In 1896, they sealed their bid for power, took over the legislature, and elected Governor Daniel Russell, the first Republican governor since Reconstruction.2 This series of events set the stage two years later for an election season filled with white supremacist patriarchal rhetoric, violence, a massacre, and the Wilmington coup.