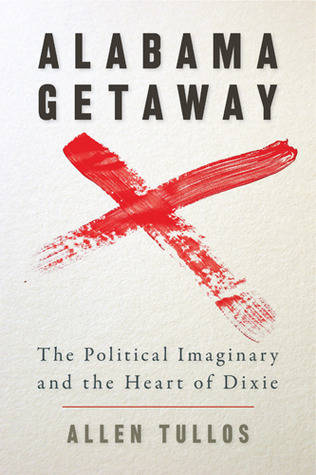 The best thing about Allen Tullos’s new book Alabama Getaway is the voice. At the end of the book, in a beautifully written passage called “Hospitality’s Nutshell,” Tullos visits the gift shop of a pecan processing plant. There, he speaks with a saleswoman “who could have been one of my aunts.” They share memories of Alabama childhoods spent dancing in the trees to shake nuts onto bedsheets spread in the grass. Then she asks what he is doing in Montgomery. He replies, “I am writing about the state’s image, its slow-to-change political climate, its largely fossilized legislature. Its unwillingness to educate many of its children.” She bristles, “Alabama is doing all right.” He replies, “Well, no, not really,” and their earlier connection dissolves with the aching sweetness of the pecan divinity he has just described (278). Her laughter covers the mounting tension as she tries to defend Alabama and he backs toward the door. The weight of the book up until this moment supports Tullos’s answer. Yet Alabama Getaway also explains, without excusing it, why many people from a state whose acts of ignorance, bigotry, and backwardness have served for more than a century as a national symbol might prefer a pride that perpetuates their problems rather than the truth.