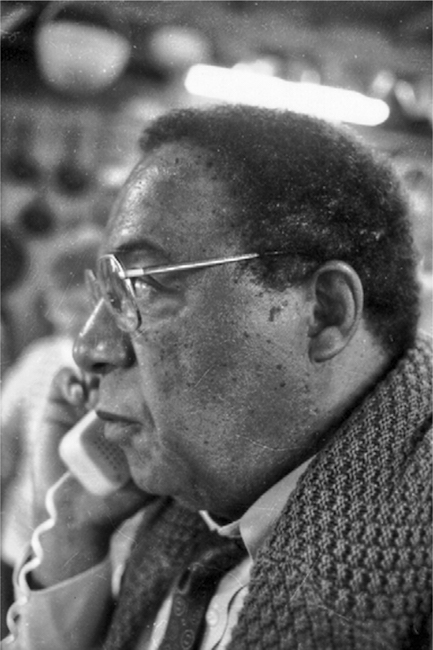 Alex Haley, 1990, courtesy of the William R. Ferris Collection in the Southern Folklife Collection at the University of North Carolina.

"I think in a lot of areas an almost mystic thing happened, given the backdrop. When I was a boy there was a pretty strict segregation, and it was so much the historic custom that really relatively few people even questioned it. Then came the 1960s and their challenges to the system."

Alex Haley’s legacy is forever tied to his legendary works—The Autobiography of Malcolm X and Roots: The Saga of an American Family, two of the most influential books on the black experience in the twentieth century. When his Autobiography of Malcolm X appeared in 1964, it transformed America’s understanding of black life and culture. The book moved readers, just as Richard Wright’s Native Son did when it was first published in 1940. Twenty-four years apart, Haley and Wright each parted the veil of race in America and exposed, with unvarnished clarity, angry black rage. Haley’s work on Malcolm X quickly became essential reading in the 1960s for students in the Civil Rights Movement.