Anetso, the Cherokee Ball Game: At the Center of Ceremony and Identity by Michael J. Zogry (review) 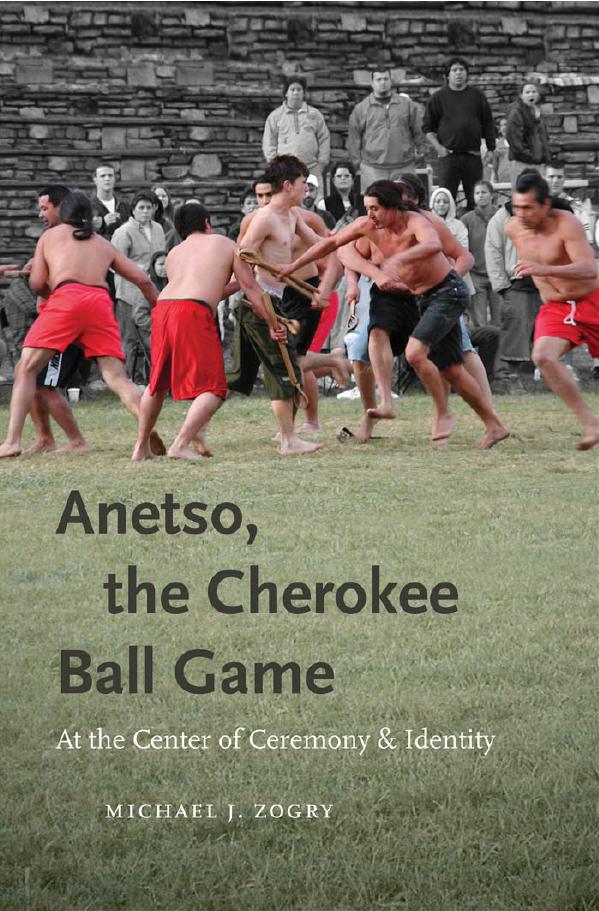 Anetso, the Cherokee Ball Game: At the Center of Ceremony and Identity by Michael J. Zogry (review)

Since ancient times, all across eastern North America, Native people have played stickball. Although rules and form vary somewhat from one Indian nation to another, all use web-ended sticks and score points by shooting a small leather-bound ball at a goal. In the Northeast, stickball was the forerunner to lacrosse, but in the Southeast, players used two sticks and shot at slender poles or objects atop poles. Perhaps originally intended to train warriors for battle, stickball often translates as “little war” or “little brother to war” in Native languages. Some communities had a women’s version or played co-ed games as well. In this book, Michael Zogry focuses on anetso, the version of the game played by the Eastern Band of Cherokees. The Eastern Band, who now number over 13,000, managed to avoid Removal and remain in western North Carolina. As Zogry explains, anetso has always been much more than a game: for hundreds of years, anetso has been at the center of religious rituals and even Cherokee identity itself, persisting in much the same way despite the meddling of missionaries, Indian agents, and other outsiders.