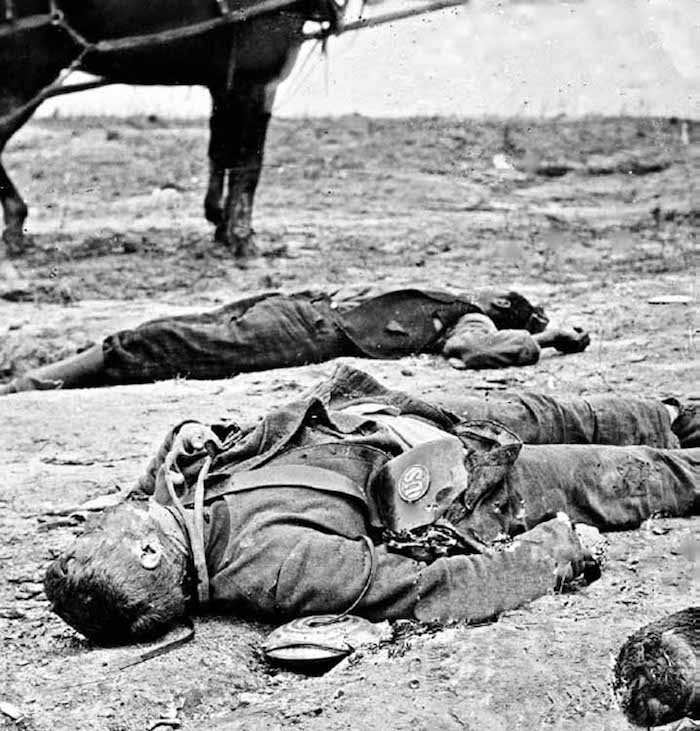 Confederate and Union dead side-by-side, the siege of Petersburg, June 1864–April 1865, courtesy of the Collections of the Library of Congress.

In 1877 a group of prominent Irish Americans met in Charleston to commemorate the Irish Volunteers in the Confederate States of America. Two companies of that name had served during the American Civil War in South Carolina, Virginia, and North Carolina. The original volunteers, Company C of the Charleston Battalion, later Company H of the 27th South Carolina Infantry, had participated in all the major battles around Charleston between 1861 and 1864, including Secessionville and Battery Wagner, before being sent to the trenches of Petersburg, Virginia, in the summer of 1864. The other company, which took the name Irish Volunteers for the War (after dropping Meagher Guards when namesake Thomas Francis Meagher organized regiments for the Union Army), became Co. K of the 1st South Carolina (Gregg’s) Infantry and took part in most of the famous battles of the Army of Northern Virginia: Second Manassas, Antietam, Fredericksburg, Chancellorsville, Gettysburg, Spotsylvania, and Petersburg. The attendees planned to build a permanent memorial to these Carolina Confederates in the local Catholic cemetery.