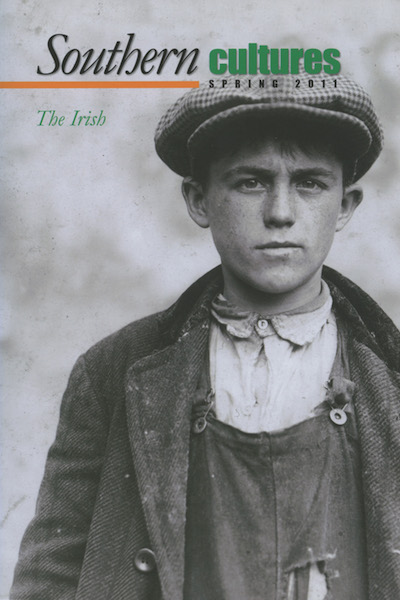 This spring finds our special issue on the Irish South.

“A lengthening chain in the shape of memories”: The Irish and Southern Culture

"Irish rockers U2 are committed fans of B.B. King and wrote the song 'When Love Comes to Town' at his request. The song introduced King to important new rock audiences."

Tara, the O’Haras, and the Irish Gone With the Wind

"Into the debate about place, race, and the second-best-selling book of all time, we can also bring Irishness."

"One of the realities of American life is that certain features of African American performance style will remain strange and alluring to those outside the culture. Not least among such features is the making of hard social commentary on recurring problems of life, often through cutting and breaking techniques—contentious interactions continually calling for a change of direction."

Smoke ‘n’ Guns: A Preface to a Poem about Marginal Souths, and then the Poem

"Addressing a jubilant crowd in Belfast, shortly after the declaration of the original ceasefire in 1993, Gerry Adams reminded his audience that 'they haven't gone away, you know'. He meant that even as 'the cause' was dwindling, its upholders—'the boys'—were still among us. He might just as easily have been talking about the Klan."