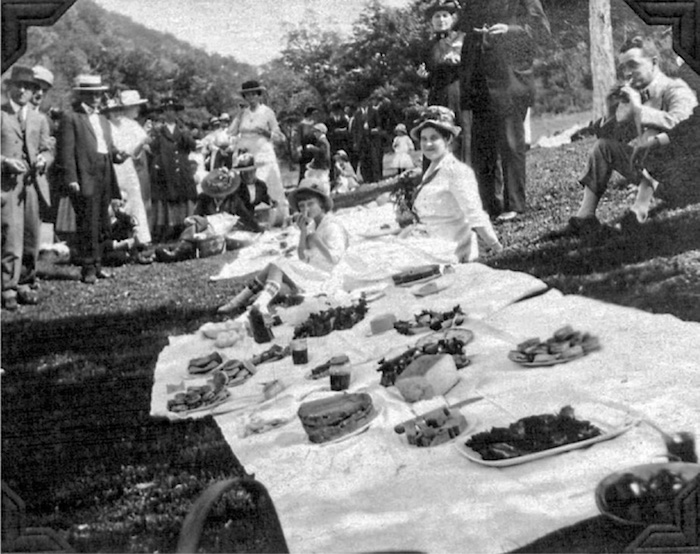 "In recent years, food journalists, scholars, chefs, and devotees have scoured the corners, real and metaphorical, of the U.S. South in search of heritage, artisan, and rare but representative food cultures and practices. Lard has been rehabilitated; Brunswick stew fought over; early bean, pig, and fruit lines have been debated; almost everything has been pickled, preserved, or smoked once again."

In the mountains of western North Carolina in the 1970s and early 1980s, summer Saturday nights brought out square dancers and cloggers. Absent of specialized shoes or frilly petticoated outfits, the dancers only needed an empty barn, a blue-grass band, a caller, and an even number of couples to take the floor. A young Belgian man from Wisconsin discovered the region’s barn dances that night. He had grown up on polkas and had come to the mountains as an engineer for a new industrial plant. The band learned “Roll Out the Barrel” for him and the man learned every complicated figure the caller sang out. He met a woman there whose family had lived in the mountains since the 1780s. They married, had a daughter, and together they attended the dances each summer. Returning home at one in the morning, they arrived at their 1960s suburban house located one mile up a steep mountain. Everyone put on pajamas while he pulled out his chrome-plated electric waffle maker, and before bed he made a breakfast feast for all. Too late for dinner, too early for breakfast, exhausted and energized from music, dancing, and late night adventures, the family added scrambled eggs, syrup, bacon and leftovers to the waffle supper. Were they Appalachian waffles? Does such a thing exist in the popular consciousness? Were they Belgian waffles? They were not what is marketed under the name today—not thick, not covered with whipped cream, not made on a machine stamped with the word. Buttermilk, some cornmeal, and fresh butter turned out crispy, light, and perfectly thin waffles that restored body and soul after a long night of Appalachian dancing and music. The satisfied family tumbled into bed in the wee hours of the night.