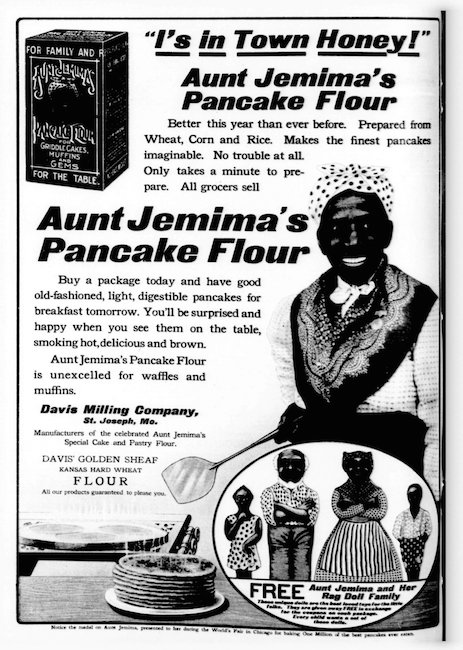 Ad for Aunt Jemima pancake flour, from the November 7, 1909 edition of the New-York Tribune

"Before . . . our joy at the demise of Aunt Jemima and Uncle Tom approaches the indecent, we had better ask whence they sprang, how they lived? Into what limbo have they vanished?" —James Baldwin

Peering out from every supermarket’s shelves, between the Pop-Tarts and maple syrup, is a smiling riddle. Aunt Jemima brand pancake mix has been a part of American life for more than a century now, an overwhelmingly popular choice of consumers. The woman on the box has undergone numerous makeovers, but she remains the same in important ways, a symbol of some unspoken relationship among black servant women, the kitchen, and good food. This symbol remains too strong a merchandising tool for its owners, the Quaker Oats Company, to give up.