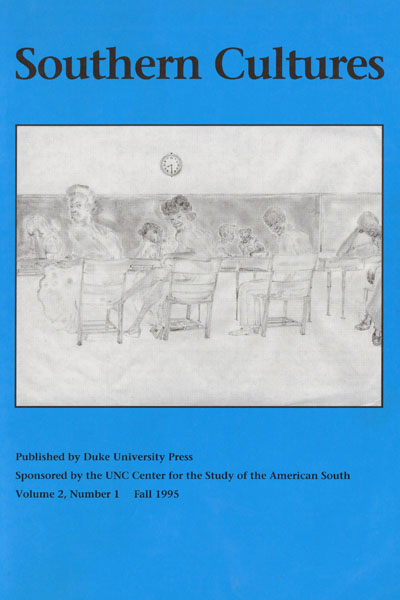 "Spotting an opportunity, some enterprising publishers have created a major industry by helping us to remember important things like the best recipe for mint juleps, or how to add an authentic hot tub wing onto a suburban Big House, or what nice people will be wearing to next year's Collard Festival."

Memory and the South

"Our sudden interest in memory has something to do with the democratization of history, with our interest in how literally everyone saw themselves."

What Is Social Memory?

by Scot A. French

"Our stories should be testaments to the enduring significance of their stories, not monuments to our own changing perceptions of the past."

"Before . . . our joy at the demise of Aunt Jemima and Uncle Tom approaches the indecent, we had better ask whence they sprang, how they lived? Into what limbo have they vanished?" —James Baldwin

"Emmett Till has no voice in all that has been written about him. But how have Americans—white and black, male and female, liberal and conservative—written about the case and the boy, and how have these impressions changed over time?"

“I Ventured to Say I Was a Virginian”: Vachel Lindsay and the South

"Often described as a vaudeville show in itself, a Vachel Lindsay poetry lecture was popular entertainment in the 1920s."

"For us, the long remembering / Of all our hearts have better known." —Donald Davidson

To Wake the Nations: Race in the Making of American Literature by Eric J. Sundquist (Review)

Bond of Iron: Master and Slave at Buffalo Forge by Charles B. Dew (review)

Inherit the Alamo: Myth and Ritual at an American Shrine by Holly Beachley Brear (Review)

The Romance of Reunion: Northerners and the South, 1865-1900 by Nina Silber (Review)

Where the River Runs Deep: The Story of a Mississippi River Pilot by Joy J. Jackson (Review)

The Schoolhouse Door: Segregation’s Last Stand at the University of Alabama by E. Culpepper Clark (Review)

"In the South, both hearing you-all and saying it are pretty much unaffected by education and income, and both are almost as common among urban southerners as among rural ones."

"The FWP's southern life histories program allowed ordinary southerners to join that debate and created a valuable oral history source for a study of the relationship between southern cultural, social, and environmental history."

The Life of a Southerner (in Drawings): An Interview with Jesse Whitaker

"At the age of 51, Jesse Whitaker began drawing pencil sketches of his memories of being a schoolboy in eastern North Carolina."